The United States has grounded hundreds of Saudi students studying in the aviation sector in the US after a Saudi national – Mohammed al-Shamrani killed three and wounded eight people at the US Navy base in Florida.

The FBI has said US investigators believe Saudi Air Force Second Lieutenant Mohammed Saeed Alshamrani, 21, acted alone when he attacked a US Navy base in Pensacola before he was fatally shot. 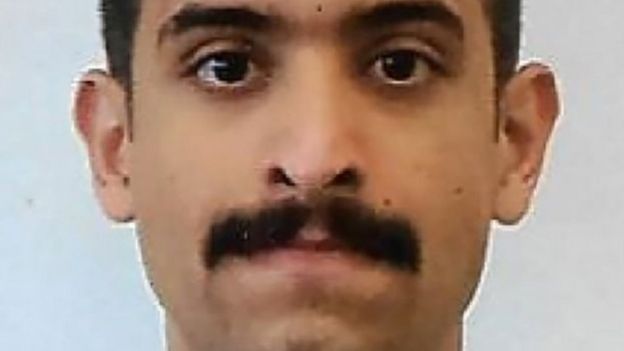 But US Defense Secretary Mark Esper said he had directed the armed forces to evaluate both security at military bases and screening for foreign officers who come to the US for training after the shooting incident.

Another Navy official said the grounding was to help Saudi students prepare to eventually restart their training and similar procedures would have been taken if such an incident took place in a US military squadron.

‘Given the traumatic events, we feel it is best to keep the Royal Saudi Air Force students off the flying schedule for a short time,’ An Air Force spokeswoman said.

‘We are ensuring our Saudi students have access to available resources to help them deal with these circumstances. The safety and well-being of all our aircrew is a top priority.’

Genualdi added that while it was unclear when the Saudi students would be permitted to fly again, their classroom training was expected to resume soon. She added that aviation training had commenced for students from other countries.

There are currently about 850 Saudi students in the United States for military training.

Alshamrani was on the base as part of a U.S. Navy training program designed to nurture links with foreign partners. He had started training in the United States in 2017 and had been in the Pensacola area for the past 18 months, authorities said.

U.S. Defense Secretary Mark Esper has rubbished speculations that the shootings might make Washington hesitant about new US deployments to Saudi Arabia, which were announced in October and first reported by Reuters.