A group of ten prominent US lawmakers asked US President Donald Trump to raise the issue of human rights violations in the Sindh province in his meeting with the visiting Pakistan Prime Minister Imran Khan. EurAsian Times gets you a report from Indian News Agency – ANI 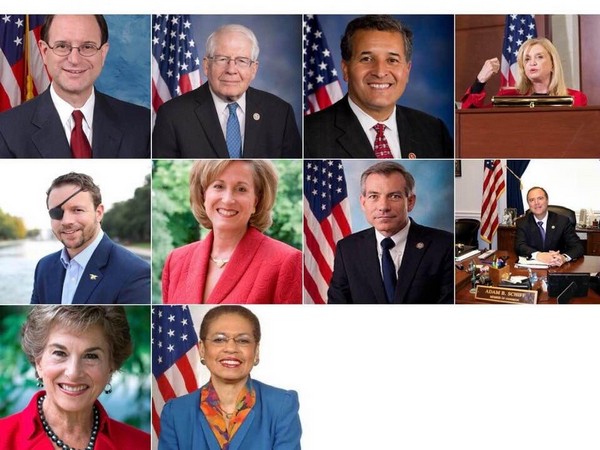 Khan left for his first trip to the US as a PM to have direct talks with President Trump and “restore” bilateral ties that were hit after he publicly criticised Islamabad, cancelled military aid and asked it to do more to fight terrorism.

“We are writing to urge you to raise the issue of human rights abuses in Sindh Province with Prime Minister Imran Khan when you meet with him on July 22, 2019,” said the Congressional letter, written by 10 members of the US House of Representatives.

PM Khan is scheduled to meet Trump at the White House on Monday, July 22.

Since 2001, the US has given Pakistan more than USD 30 billion in various kinds of assistance. This aid was supposed to improve social and economic conditions in Pakistan, as well as promote good governance.

“These improvements have not occurred,” the Congressmen said, according to a copy of the letter as released to the media on the eve of the arrival of Khan to Washington DC. This is the first time that ten members of Congress have written a letter to the President of the US on the Sindh issues.

Democrat, as well as Republican members of Congress, have signed the letter. Maqbool Halepota, president of Sindhi American Political Action Committee (SAPAC) in a statement emphasised on the importance of raising issues faced by Sindhis in Pakistan on a global level.

Noting that it is also for the first time that Pakistan military, intelligence and civil leadership is visiting the US together, SAPAC said it wanted to make sure the Sindhi issues is not ignored in the meetings between Pakistan and United States.

Nowhere is the failure more evident than in Sindh Province, which has continued to suffer from numerous economic and social injustices often at the hands of the Pakistani government, the letter said. One recent example of this is the HIV outbreak impacting parts of Sindh Province, the Congressmen wrote.

Other injustices in Sindh province are deliberately carried out by the Pakistani state and its supporters, it said.

“This is the case with forced conversions, where young Hindu and Christian girls are forced to convert to Islam. Often, they are then married off to men decades their senior,” the letter said.

The Congressmen alleged the Pakistani government terrorises Sindh Province through enforced disappearances. Hundreds of people in Sindh have disappeared, they alleged.

“As you seek to change Pakistani behaviour on issues like terrorism, it is essential that you also push the Pakistani government to improve the lives of its citizens,” the Congressmen wrote.

“For this reason, we urge you to bring up these issues in your conversation with Prime Minister Khan,” the letter said.

Previous articleRohingya Refugees Hell-Bent On Crossing Into India From Bangladesh; Refuse To Leave Border Zone
Next articleNo US Official, But Baloch Activist Greet Imran Khan With A Stern Message