As the U.S. Air Force seeks a replacement for the MQ-9 Reaper drone, US defense giants Lockheed Martin, Northrop Grumman besides others are working on a long-range, stealthy design concept for the emerging MQ-Next competition.

Just Like 1962 War, China Wants To Seize Strategic Heights Near Indian Airforce Base?

Northrop Grumman has proposed the concept of the new SG-2 flying-wing for the MQ-Next, to replace the MQ-9 Reaper drones, with the concept bearing a lot of resemblance to the firm’s X-47B unmanned air vehicle (UAV).

According to Northrop, the SG-2, apart from having similar physical features also has a shared mission control software called the Distributed Autonomy/Responsive Control (DA/RC) software program. 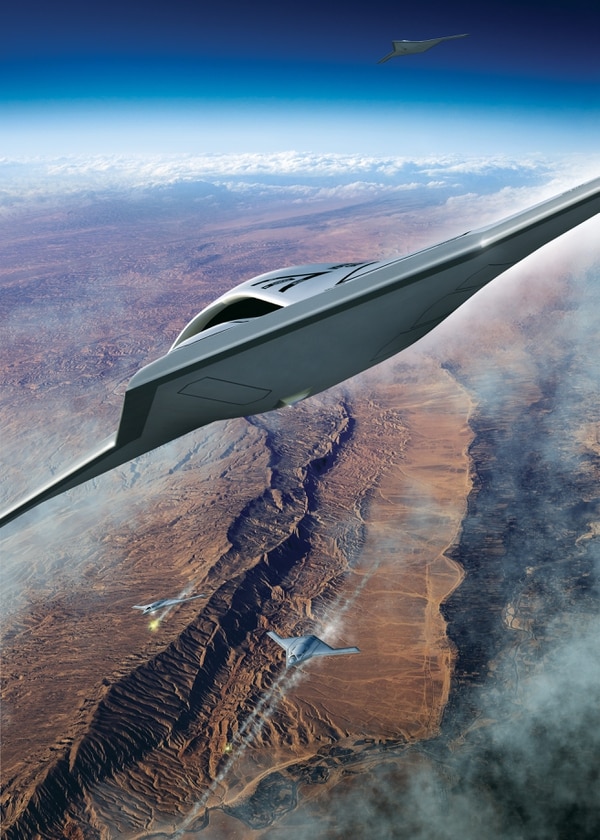 Vice-President of advanced programs for future combat unmanned air systems, Northrop Grumman, Richard Sullivan, says – “Instead of using a stick, rudder and a yoke, instead of using a mouse to click waypoints, you just define what objectives you want to have,”

With the US Air Force embarking on a new journey to field a replacement for the reaper drones in June, a host of defense firms have stepped up with new concepts for the MQ-Next competition, with Northrop Grumman being one of them.

The MQ-Next program, which is an effort to find an armed intelligence, surveillance and reconnaissance (ISR) UAV has been provided with the concept by Northrop, who have offered the US Air Force a family of systems for the program starting in 2030.

According to the company, the SG-2 concept is just one of Northrop’s forthcoming proposals for the program. The US Air Force has relied on the MQ-1 Predator and the MQ-9 Reaper, both built by General Atomics, as the main drones for surveillance and strike missions in the Middle East over the last two decades.

According to Will Roper, the Air Force’s top acquisition official, with the entry of commercial drone makers, it is considered economical and effective to operate a family of drones that are built to carry out high-end penetrating strike and reconnaissance missions and others for low-end surveillance from commercial off-the-shelf manufacturers.

“You might make the case that the Department [of the Air Force] needs both, but I wanted to give our team time to discuss industry options that exist on both sides of that divide. We’ve got a lot of interesting responses, and I’m in discussions right now with the operational side of the Air Force about what they think the requirement is going to be,” said Roper while speaking to reporters.