The United States Marines have started using 3D print technologies to create instant bunkers, capable of holding a HIMARS truck-mounted rocket launcher system, in order to hide it from the Chinese eye.

The 3D printer can build durable structures to the size of entire buildings with quick-drying concrete within a period of 36 hours. The bunkers, which can be virtually built anywhere the Marines are deployed, can help shelter personnel, vehicles, and supplies from Chinese satellites, spy planes and drones.

The Defence Innovation Unit (DIU) started the collaboration with the Austin-based Icon 3D last year, where the company trained eight Marines to use the Vulcan 3D, its scaffold-like printer at Camp Pendleton before the printer was shipped to a California base for a demonstration.

The swing-set-size Vulcan 3D printer, which weighs 1,723 kilograms, was set up on a patch of barren land by the Marines and Icon 3D employees and with the help of a crane, water, a power supply and huge tank of cement-like slurry, created four sections of a “Vehicle Hide Structure”, which measured 26 feet in length, 13 feet in width and 14 feet in height.

The protective bunker, which is made using ‘Lavacrete’, a proprietary cement-like mixture squirted by the printer, using the combination of basalt and epoxy, is tough, lightweight, and corrosion-resistant, and is more than capable of concealing a wheeled, High-Mobility Artillery Rocket System. 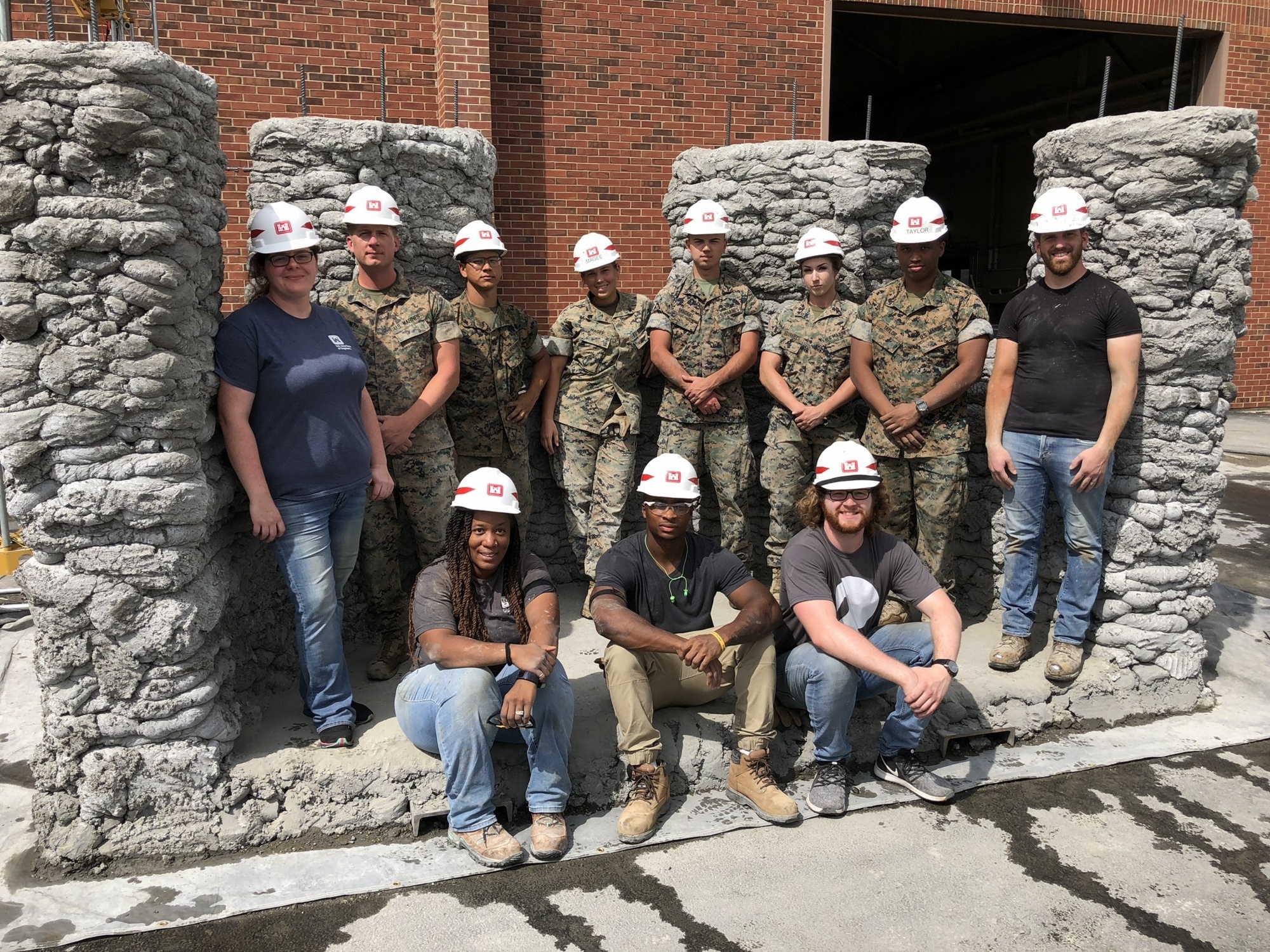 DIU program manager, U.S. Navy Lt Jeremiah Diacogiannis while speaking about the use of commercial-scale additive manufacturing for military use, said – “There are commercial technologies that provide one area of excellence in robotic building, but few that tie all the necessary aspects together in a way that makes construction instantly accessible to the novice without any software engineer training,”

The design of new structures, from shelters to bridges, can be done in less time and with fewer hands via simple, intuitive commands on a touchscreen tablet or smartphone and executed by the robotics system at the push of a button.”

With the Marine Corps reorganizing for Pentagon’s 21st-Century island-hopping campaign (a military strategy used by allies in the Pacific War against Japan during World War 2), to counter Chinese expansion into the China Seas, instantly made bunkers could come of much use, in order to give substantial cover for Marine and U.S. Army battalions swiftly hopping islands, while being constantly within range of Chinese missiles.

The crucial need for the structure arises during their stay at each outpost, Marines send out drones to spot Chinese Warships, before lobbing anti-missiles in their direction, which in turn will potentially invite a counter-attack.

The instant bunkers, however, can only hide outpost vehicles from surveillance but might not prove to be very effective in preventing the Chinese military from overhearing a Marine battalion’s radio broadcasts and triangulating its location.

Yet, the 3D printer will still be miles ahead of the building traditional bunkers as the printer, the slurry, and support equipment is much more convenient to transport and can be quickly operated.

With bilateral ties between the US and China deteriorating, tensions between the two countries have risen over a number of issues, including US President Donald Trump blaming the PLA for the Corona Virus pandemic and for its policies in Xinjiang and Hong Kong.