The largest defense contractor in Europe, BAE Systems, has been awarded a $94 million contract to supply advanced technology to the US Navy assisting in the development of various unmanned aerial systems.

The company is involved in various high profile and ambitious airborne systems projects such as the ‘Loyal Wingman’ for the RAAF (Royal Australian Air Force) and the British ‘MAGMA’ drone.

“Building on 40 years of support to the U.S. Navy, this award from the Naval Air Warfare Center Aircraft Division’s (NAWCAD) Webster Outlying Field (WOLF) enables the company to provide engineering, test, and evaluation support for sensors as well as communication, control, and weapons systems for various manned and unmanned airborne platforms,” the company informed in a press release.

While not many details were revealed about the contract, it was mentioned that the duration would be 5 years with an estimated cost of $94 million.

“We are bringing new advanced technologies such as artificial intelligence and autonomy to the Airborne Systems Integration Division,” said Mark Keeler, vice president and general manager of BAE Systems.’

“Our state-of-the-art digital engineering capabilities and extensive experience in integrating airborne systems are further strengthening the warfighter’s ability to meet mission requirements and ensuring combat readiness in the field.” 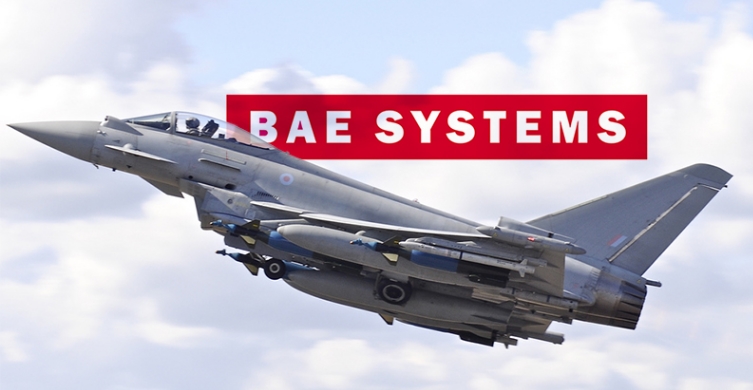 Last week, the US Army also gave multiple contracts to the company for the development of the Future Vertical Lift Initiative project, by developing technologies for the Advanced Teaming Demonstration Project.

According to AP, the contract will include support for aerial platforms similar to the PHASA-35 High Altitude Long Endurance (HALE) vehicle, an ambitious BAE Systems project to keep a solar electric-driven unmanned surveillance vehicle in the air for up to a year at a time, reported Sputnik.

“The award recognizes BAE Systems’ investments in the development of model-based systems engineering capabilities. The company’s ADAMS™ architecture provides a digital environment for systems engineering across multidisciplinary, multi-organization teams and stakeholders. On this contract, the company will use its innovative tools and methods such as digital engineering to create the digital thread that provides full design traceability to requirements, improved collaboration, and a digital repository for the Airborne Systems Integration Division,” the company boasted.

Previous articleNawaz Sharif Smacks The Powerful Pakistan Army On Its Face; Can He Survive The Battle?
Next articleWhy INS Vagir – Indian Navy’s New French-Origin Submarine Can Be A ‘Silent Killer’?

The US military's Indo-Pacific Command has a sought a fund of $27.4 billion to build a network of precision-strike missiles to counter China's aggressive...
Read more
Load more