A US Navy EA-18G Growler fighter jet grounded for five years after a mid-flight collision is now ready for deployment and operations.

On October 17, an EA-18G Growler assigned to Electronic Attack Squadron (VAQ) 129 successfully performed a functional check flight at Naval Air Station (NAS) Whidbey Island, according to a statement from the US Navy.

The service said that the successful flight of the fighter jet marks the completion of a complex transformation process for an aircraft that was declared beyond repair by the US Navy.

On September 14, 2017, the plane, which was then flown by the “Wizards” of VAQ-133, collided with another aircraft belonging to Carrier Air Wing 2 while taking part in a training exercise at NAS Fallon.

The crew of both planes made safe landings. The Growler languished at NAS Fallon for several years since this type of restoration was never done before, and there were no rules or guidelines to determine how the repairs could be performed.

The difficulties of the repairs required in the wake of the accident and weather damage from years of sitting in a desert environment made the situation more challenging. Initial investigation also suggested that there was little chance the aircraft would be fit to fly.

Nevertheless, Growler’s path to recovery did, however, start in 2021 when authorization for repair was given, following careful analysis. The plane was transported to the Fleet Replacement Squadron, VAQ-129, at NAS Whidbey Island in February of that year using a flatbed truck.

After being transported to NAS Whidbey Island, the plane underwent “special rework,” meaning that everything from protocols, procedures, and repairs had to be designed and conducted from scratch.

The Navy said it took almost 2,000 manhours to bring the plane back in operating condition. “This was a team effort by personnel from Fleet Readiness Center (FRC) Southeast, FRC Southwest Engineering, and my team from FRC Northwest,” said Tommy Moore, depot lead for FRC Northwest.

The service also noted that the Growler would shortly be assigned to an operational squadron so that it could be deployed worldwide and prepared to carry out flight operations.

Based on the F-18 Super Hornet, the Growler is faster and more heavily armed than earlier aerial jammer platforms built on transport and attack aircraft. As a result, the Growlers can provide more firepower for attack missions, stay up with the fighter planes they are accompanying, and even get a little closer to the enemy’s air defenses.

In March 2022, six EA-18G Growlers of the US Navy were sent to Germany as part of the US’ “deterrence mission.” 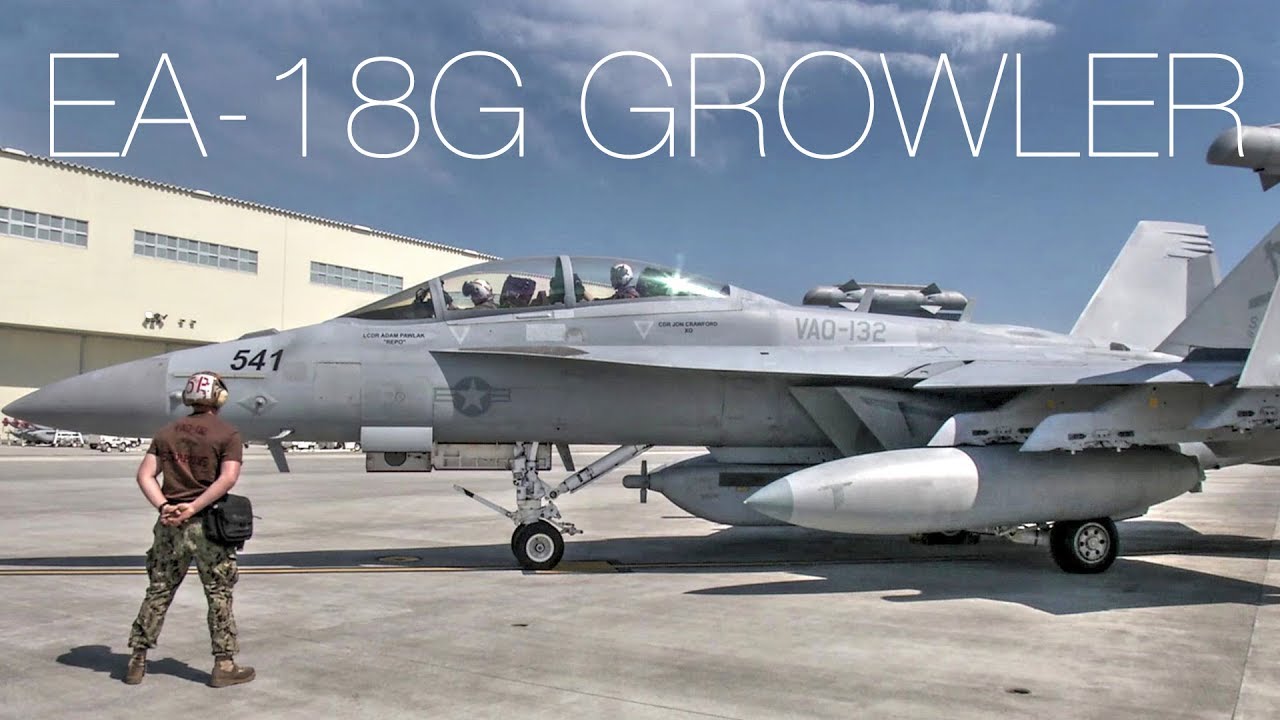 At the time, Pentagon spokesman John Kirby said that the Growlers’ deployment to Germany was to “boost preparedness, improve NATO’s collective defense posture, and further develop air integration capabilities with the USA’s allied and partner nations.”

The capability of the Growlers to maneuver in the air is extremely valuable operationally, as it boosts survivability and makes them less visible to enemy radar.

The American Navy mainly operates the aircraft. The Royal Australian Air Force is the sole user of the Growler outside the US, and it presently operates eleven of them after losing the 12th plane to an engine fire in January 2018.

In September 2021, the US government approved the sale of a single Boeing EA-18G Growler electronic warfare plane to Australia to replace one lost in an incident.

Previous article
Political Brawl Erupts In US Over Biden’s Nuclear Review Policy; US Set To Scrap Sub-Launched Missiles & Deploy Tactical Nukes To Europe
Next article
Wondering How Russian Missiles Accurately Hit Targets In Ukraine? Here’s The Team Behind The Strikes