US Seizes Iranian Websites Including PressTV For Spreading Misinformation

The US confirmed on Tuesday the seizure of dozens of Iranian and Iran-linked websites, alleging they were being operated in violation of US sanctions and were used to carry out “disinformation.”

In total, 33 websites linked to Iran’s Islamic Radio and Television Union (IRTVU) and three tied to Iraq’s Kataib Hezbollah militia were seized, the Justice Department said in a statement.

The IRTVU was sanctioned under former President Donald Trump on Oct. 22, 2020. It is owned by Iran’s Islamic Revolutionary Guard Corps Quds Force, which itself is subject to US sanctions, the department said. 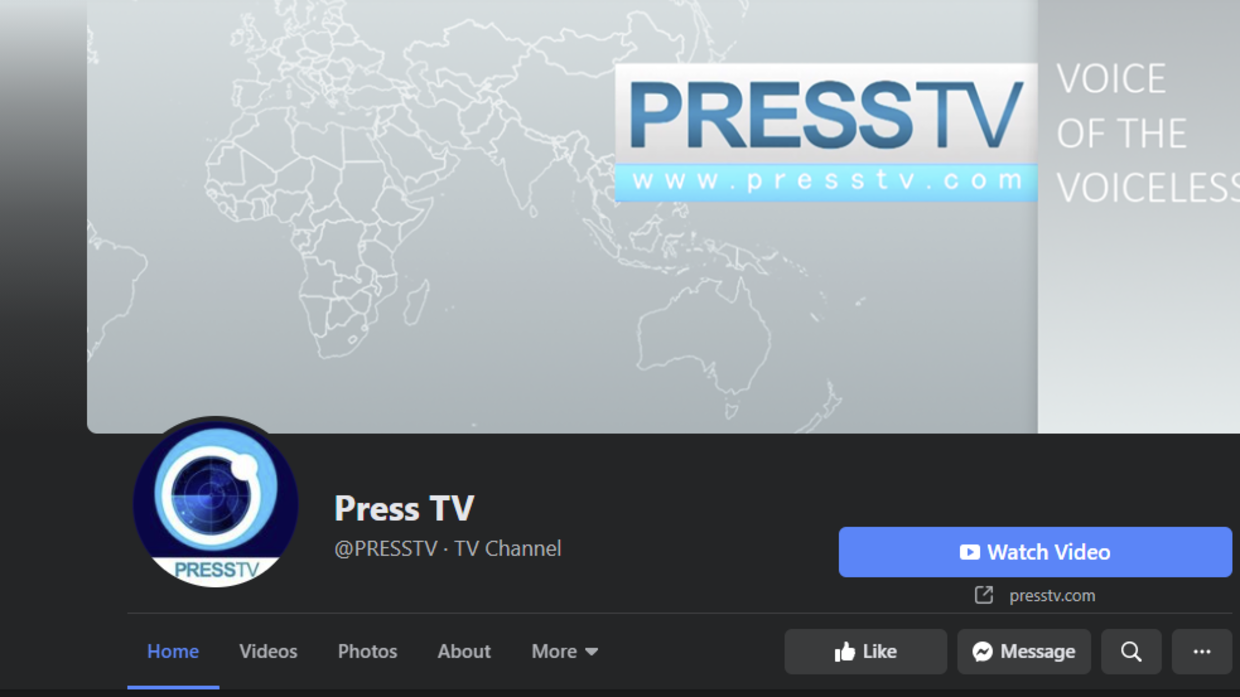 The Treasury Department’s Office of Foreign Assets Control (OFAC) designated the IRTVU in retaliation for alleged Iranian attempts to interfere in US elections and “sow discord among the voting populace by spreading disinformation online and executing malign influence operations aimed at misleading U.S. voters,” the Justice Department said.

The 33 domains used by the IRTVU were owned by a US company, as were the three used by Kataib Hezbollah, it added. Kataib Hezbollah was designated as a foreign terrorist organization by the State Department in 2009.

Earlier Tuesday, visitors to several Iranian websites, including that of English-language broadcaster PressTV, were greeted with a blue and red screen with a message that they had been “seized” under US law.

“The domain presstv.com has been seized by the United States Government in accordance with a seizure warrant issued pursuant to 18 USC 981, 982 and 50 USC 1701-1705 as part of a law enforcement action by the Bureau of Industry and Security, Office of Export Enforcement and Federal Bureau of Investigation,” the message on PressTV’s website reads.

The same message appeared on the websites of al-Alam and al-Masirah, both 24-hour Arabic language news channels.

Iranian state and semi-state media outlets in their reports termed it a “flagrant violation of the freedom of the press.”

Previous article
Covid-19: How Super-Powers Have Used ‘Bio-Weapons’ In The Past With China Being The Worst-Affected Nation
Next article
How Did The US Navy Add ‘Russia’s Most-Advanced Fighter Jet’ – Su-57 Felon To Its Fleet