As the Russian S-400 missile defense systems have been grabbing global headlines for quite some time, its US competitor THAAD (Terminal High Altitude Area Defense) has now managed to hog some of the limelight after its first operational kill in the Middle East.

Recently, the UAE intercepted and destroyed two Houthi ballistic missiles targeting the powerful gulf nation with no casualties, its defense ministry said. Earlier, the Iran-backed Houthis launched attacks against sensitive facilities in the UAE on 17 January which led to three fatalities.

Recent reports have revealed that not all of the missiles launched by the Houthis hit UAE soil – courtesy of the US-developed Terminal High Altitude Area Defense (THAAD) system. This system is seen as one of the leading missile interceptors just like the Russian S-400.

Yemen has been in a state of civil war since 2014, with the internationally recognized Yemeni government and its backers locked in a bitter conflict with the Houthi movement and its supporters.

While the Yemeni government is supported by a Saudi Arabia-led coalition (which also features the UAE), the Houthis are backed prominently by Iran. The struggle in this region is seen in the context of a wider power tussle between the Saudis and their allies on one hand, and Iran and the various groups it backs on the other.

When the Tehran-supported Houthis ousted the government in Sanaa, the Saudis formed a coalition of Arab states and launched a military campaign to restore the same. The UAE is an integral and important part of this coalition.

Through the years, Abu Dhabi has remained a strong supporter of the Yemeni government and has deployed its forces to neutralize the Houthis.

Although the UAE did withdraw its troops in 2019, it has continued to train and provide arms to the local militias that are opposed to the Houthis. These militias, prominently the Amaleqa Brigades and related outfits, have recently made significant gains on the battlefield.

They have been able to push the Houthis out of many areas in the south of the country and also managed to step up their fighting in the oil-rich Marib governorate located in the north. This governorate is a major stronghold for the Yemeni government.

With the attacks that the rebel group carried out on 17 January, their aim was to compel the UAE to stop backing these militias that support Yemen’s government. The attack not only set off explosions in fuel trucks, causing a fire near the airport in Abu Dhabi, but it also killed three people and injured six others.

This is the first time the UAE authorities have acknowledged that they were struck by the Houthis, even though the armed outfit has made claims of having attacked the nation in the past.

The system, which is made by Lockheed Martin, took out a midrange ballistic missile that was set to contribute to the attack on the Emirati oil facility which is located near the Al-Dhafra Air /Base.

The THAAD missile system is a defensive weapon designed to protect against hostile incoming threats, such as tactical and theatre ballistic missiles. The system covers a range of 200 km and an altitude of up to 150 km.

It comprises the upper tier of a ‘layered defensive shield’ that is designed to be deployed to protect high-value strategic or tactical sites. These include the likes of airfields or populations centers. The system can intercept both exo-atmospheric and endo-atmospheric threats. 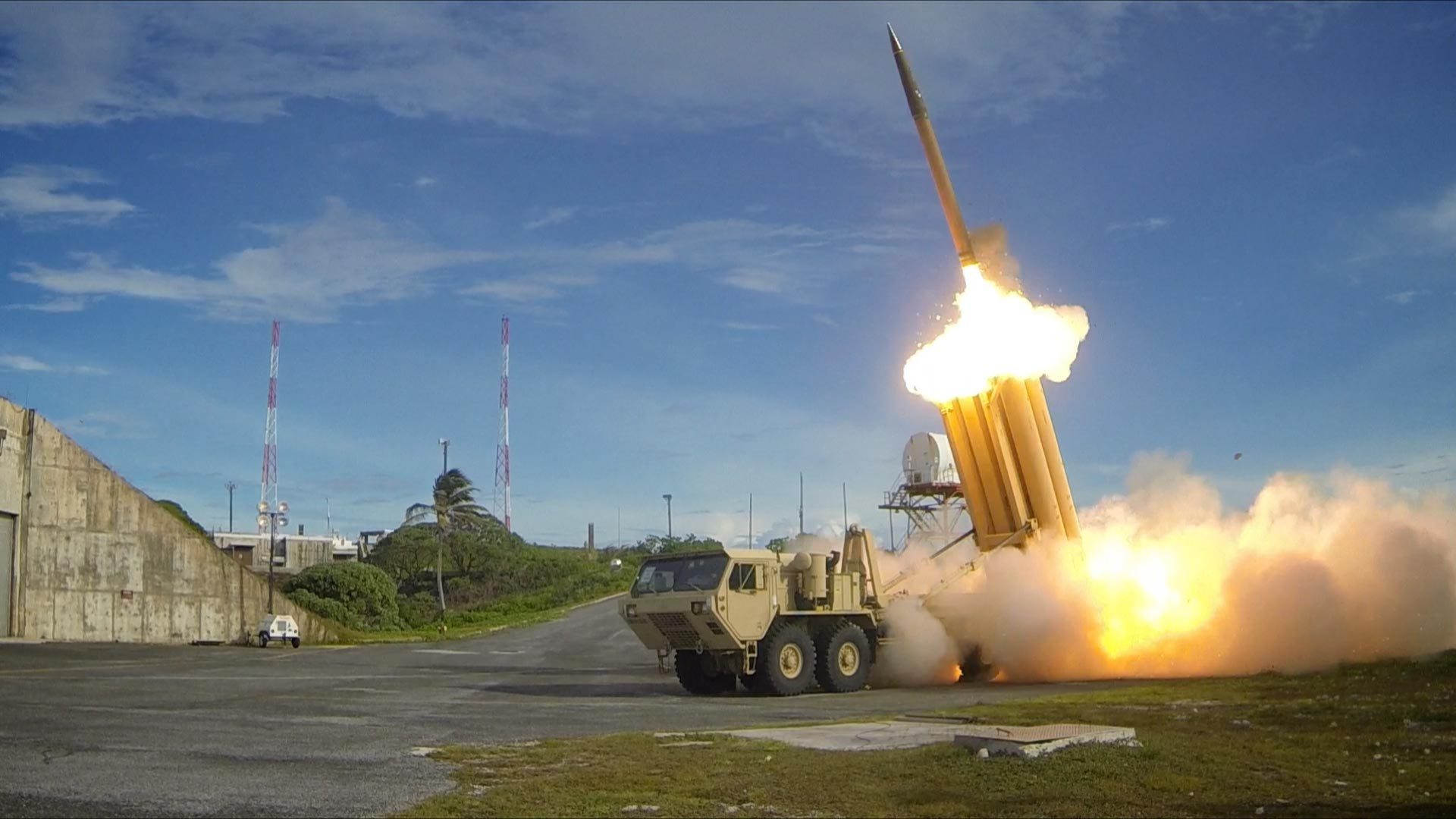 The THAAD battery typically operates nine launch vehicles each carrying eight missiles, with two mobile tactical operations centers (TOCs) and a ground-based radar (GBR). The missiles used in the system are each 6.17 m long. They are all equipped with a single-stage, solid-fuel rocket motor that uses thrust vectoring and weighs about 900 kg.

The radar system of the THAAD is the Raytheon Systems AN/TPY-2 ground-based radar (GBR) employed for the purposes of surveillance, threat classification, and threat identification. Military surveillance satellites such as Brilliant Eyes can also be used with this missile interceptor.

The S-400 is a powerful missile defense system employed for medium and long-range air defense and considered by many as the ‘most powerful’ interceptor system in the world today.

Manufactured by Russia’s Almaz-Antey, this new generation interceptor is capable of destroying all kinds of modern air weaponry, including tactical and strategic airplanes and ballistic missiles along with hypersonic targets. Some analysts have even speculated that it has the capability to detect and destroy stealth fighters as advanced as the US F-35.

The S-400s, which was developed in response to former US President Ronald Reagan’s Strategic Defense Initiative (SDI), also known as Star Wars, has apparently been under development since the 1980s. Quite evidently, it has undergone considerable evolution over the years.

This system, which is called the SA-21 Growler by NATO, includes radars capable of detecting low-signature targets. Moscow has claimed that this indigenously-made anti-aircraft, anti-weapon system is unparalleled across the globe.

The operational missile range of the system extends up to 400 km, while its surveillance range extends as far as 600 km. The S-400’s missiles are able to hit targets at a height of up to 300 km.

The system also comes with the distinctive fire-and-forget feature- missiles fitted with a homing device that allow them to lock on a target and destroy it. It can track and destroy a large number of targets at a range of 150 kilometers.

Moreover, to its great merit, the S-400 is the only missile complex in the world capable of hitting targets located beyond the horizon. The system is also well protected against electronic warfare.

According to defense experts, using the information available in the public domain stated that the Russian S-400 system can be assembled in a meager five minutes. It can also be fired from any terrain and is hard to detect and destroy as the Russian system is highly mobile.

While the US’ THAAD system has a single layer defense that protects against intercontinental ballistic and intermediate-range missiles, it remains a one-dimensional missile system.

This is due to the fact that it can fire only one type of missile up to a range of 150-200 km. The system is also not capable of intercepting a fighter jet, an expert writing for Financial Times claimed.

The S-400, on the other hand, not only provides a multi-layered defense but also has the ability to fire different types of missiles. The overall range of the system is also much higher than the THAAD.