The Biden administration has decided to send more AGM-88 anti-radiation missiles to Ukraine, as the Ukrainian military appears to be successfully employing them to neutralize the threat of Russian air defense systems.

US Defense Secretary Lloyd Austin announced on September 8 that the US would send more AGM-88 High-Speed Anti-radiation Missiles (HARMs) to Ukraine as part of a new $675 million arms package approved by President Biden for the war-ravaged country.

“Ukraine is fighting for its life,” Austin said during a news conference at Ramstein Air Base in Germany. “It’s fighting for its sovereign territory, and its democracy and its freedom. But the stakes reach far beyond the front lines. They affect us all,” he said.

The existence of HARMs in Ukraine had become known in early August after Russian Telegram channels released the images of an allegedly destroyed AGM-88 HARM, reportedly fired at a Russian position.

After that, on August 30, for the first time, a Ukrainian MiG-29 Fulcrum was seen firing the AGM-88 missiles in a video released by the Ukrainian Air Force.

One of the 🇺🇦 pilots has made a footage of the MiG-29 fighter jets combat operations.

🇺🇦 pilot Ivan dedicates this video to major Yevhen Lysenko, his fallen brother in arms, who heroically died in an aerial fight against the 🇷🇺 invaders on March 9. pic.twitter.com/eUVYIAboDr

Meanwhile, there were reports of these anti-radiation missiles being used by Ukrainian armed forces in the Kherson region based on the images allegedly showing the remains of an AGM-88 missile in an apartment.

Since there was no indication that the house was the target, reports suggested the missile might have either malfunctioned; or, based on the possible shrapnel holes in the remains of the missile, it might have even been intercepted.

#Ukraine: Another AGM-88 HARM anti-radar missile was spotted in Ukraine – this time an unexploded missile was found in #Kherson Oblast.

It has some damage similar to shrapnel hits which may have been received from air defense interception, however a malfunction is also possible. pic.twitter.com/gaaTAizKlS

According to a Russian-language media outlet, the missile was used to strike a specific S-400 position but failed to reach its target.

Instead, it landed in the apartment building in Kherson because the Russian air defense forces detected the missile in time and shut off their radars. The Russian electronic warfare complexes jammed the GPS inside the missile.

The announcement of more HARMs being supplied to Ukraine comes shortly after what emerged as possibly the first documented evidence of Ukraine’s successful use of the AGM-88 missile.

A video was released on September 6 by Anton Gerashchenko, an advisor and former deputy minister in the Ukrainian Ministry of Internal Affairs, showing what he referred to as an aftermath of an AGM-88 missile hitting the Buk air defense system in Kherson.

“Both the BUK and most of those who served it were destroyed,” said Gerashchenko in his Telegram post. “It is impossible to escape from the AGM-88 HARM missile – the flight speed is so high that the BUK air defense system or the S300 invaders cannot intercept it.”

Gerashchenko noted that the missile hit the target even after the radar was turned off. The missile’s warhead had captured the aircraft system’s radio signal.

As EurAsian Times has discussed earlier, the US has reportedly provided Ukraine with the ‘D’ variant of the AGM-88 missile, which has GPS tied to its inertial navigation system (INS), unlike the older models that would flow to the general target area using INS and then home in on emitters using a passive seeker.

Combining GPS with INS allows the AGM-88D to function in the Pre-Briefed Mode, in which the coordinates of the enemy radar site are already fed to the missile, meaning even if the radar is turned off, the missile could still strike the target successfully.

A problem arises if the Russian EW systems jam the GPS. In that case, the radio signal from an emitter is necessary for the missile to home during the terminal phase of its flight, using the passive seeker onboard.

So, if the radars can detect a missile before its terminal phase of the flight and the missile’s GPS is disabled, it will be left with INS alone, which could not provide the accurate guidance needed for a successful hit.

OSINT analysts tracking the Ukraine war suggest the air defense system shown in the video is the Buk-M2 system, and the target destroyed is presumably the 9A317 Transportation Erector Launcher and Radar (TELAR).

#Ukraine: The aftermath of a Ukrainian high-precision strike on a Russian Buk air-defense system – presumably 9A317 TELAR for the Buk-M2. As a result, the vehicle was completely destroyed. pic.twitter.com/6GCRXgRsVw

The Buk-M2 is a medium-range advanced defense missile complex (ADMC) that entered into service with the Russian Army in 2008. Designed and manufactured by Almaz-Antey, the ADMC uses 9M317 anti-aircraft-guided missiles (AAGMs) manufactured by Dolgoprudnenskoe Scientific Production Plant (DNPP).

The ADMC can engage various targets ranging from aircraft to missiles flying between 10 meters and 24 kilometers, up to a maximum range of 50 kilometers.

The Buk-M2’s TELAR consists of four 9A317 missiles and a NIIP 9S36 passive phased array engagement radar, which can track and illuminate multiple targets together. This radar is supposed to have attracted the AGM-88 anti-radiation missile, going by Gerashchenko’s account of the incident. 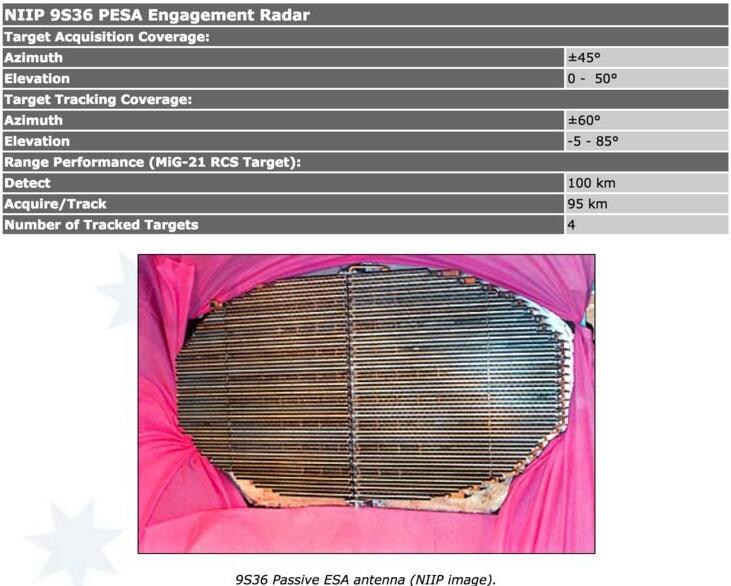 The radar is said to be capable of detecting a target with a MiG-21-sized Radar Cross Section (RCS) at a distance of 100 kilometers and locking on to the target from a distance of 95 kilometers. The maximum range at which the radar can detect a missile is unknown.

There is no way of verifying if this was an AGM-88 strike. Lately, there has been an uptick in the number of drone strikes by Ukrainian forces, especially the ones involving TB2 Bayraktar drones that were virtually absent since June due to mounting drone losses to Russian air defense systems in the eastern Donbas region.

#Ukraine: Whilst the Bayraktar TB-2 is often used against Russian HVT (Artillery, fuel/ammo dumps, EW equipment), they are can roam freely enough that they can target smaller targets; such as this 2B11 120mm mortar and supply truck taken out today during the #Kherson offensive. pic.twitter.com/hBPRh3EX0E

However, after two months, Bayraktar drones appear to be back in the game with the introduction of US-made AGM-88 HARM anti-radiation, reportedly destroying Russian air defense systems to make the skies safe for the TB2s, which can then strike other Russian ground targets.