Pakistan’s infamous Blasphemy laws are back in the news as violent mobs ransacked school, Hindu temple over alleged charges of blasphemy in Sindh’s District Ghotki.

The mob attacked a school – Sindh Public School – and desecrated a temple in the area over allegations of blasphemy against the school principal, who is from the minority and Hindu community.

Alarming reports of accusations of blasphemy in #Ghotki and the outbreak of mob violence. https://t.co/PEc15iBsJi

Reports suggest houses of Hindu families were attacked and the mob has blocked the roads leading tp the area. The rioting comes after a student accused the Hindu teacher of passing blasphemous remarks.

The police have registered an FIR against the victim (school teacher) on behalf of the student’s father includes Section 295-C of the Pakistan Penal Code, which pertains to the use of defamatory remarks against Prophet Mohammed. 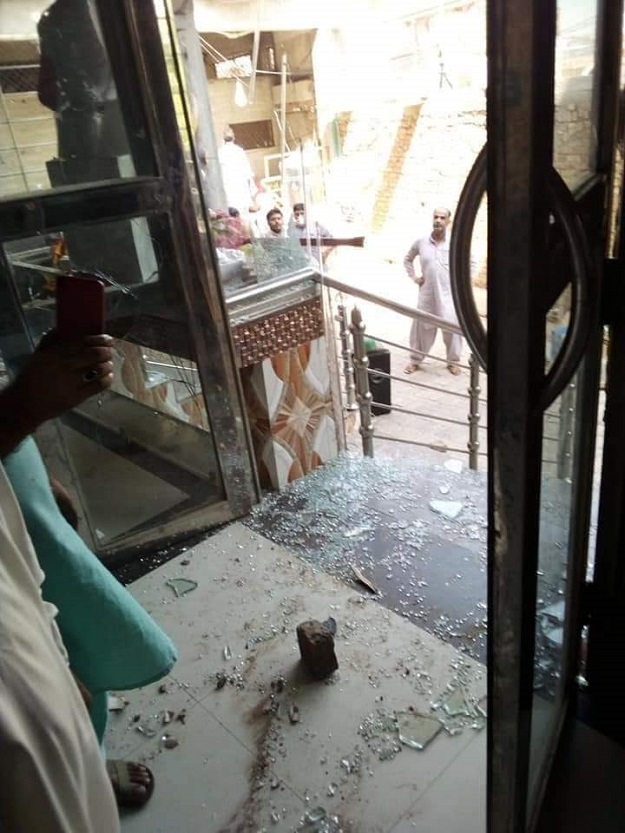 Activists and journalists used Twitter to share videos and images of the rioting in Ghotki and appealed to the Sindh government and law enforcement agencies to protect the vulnerable Hindu community.

Sukkur Additional IGP Dr Jamil Ahmed confirmed the worrying developments in a tweet, saying that police were “trying to deal with a serious situation”. The rioters allegedly include supporters of notorious religious leader Pir Abdul Haq alias Mian Mithu, who is widely accused of involvement in forced conversion of Hindu women in Sindh.

The situation in Ghotki, Sindh over the blasphemy accusations against a Hindu principal is getting out of control. Extremists have desecrated a temple, attacked homes of Hindu community members and blocked roads. Report and video via Shankar Meghwar pic.twitter.com/j6qca5qt2d

Yes we are trying to deal with a serious situation in a cool, calculated, impartial and professional manner. Moderate and educated sections of society must fully support our earnest efforts to do justice and maintain peace in Ghotki, please https://t.co/6beA0dgtCx