Viral In China! Stunned Taiwan Soldiers ‘Attack’ Chinese Drone With Rocks As UAV Gets Too Close For Comfort

On August 24, Taiwan’s military confirmed that a picture circulating on Chinese social media of Taiwanese soldiers looking up at a Chinese unmanned aerial vehicle (UAV) is authentic.

The Taiwanese military stated in the latest statement that a “civilian drone” was observed flying overhead by the Lieyu Garrison Battalion around 6 p.m. on August 16, reported Taiwan News.

The military further stated the battalion had taken “appropriate responsive measures to repel the drone and launched counter-surveillance measures in accordance with standard procedures.”

The drone rapidly flew away after the sentries followed standard operating procedure (SOP) to notify and warn the aircraft. According to a spokesman for the Kinmen Defense Command who spoke to Taiwan News, the drone was indeed civilian and flew over the waters off the shore of Lieyu Township.

He further stated that the drone did not penetrate the country’s airspace. The official noted that, as shown in the photo, one of the soldiers is holding a camera in his hand to photograph the drone.

In this case, the spokesman emphasized that only a radio warning was given because the UAV was still offshore. He said flares were not fired since the UAV never crossed the nation’s airspace.

However, there is a video on the internet that seems to show the same military post with two troops seen hurling rocks at the drone. The video appeared to have been recorded directly by the drone.

He added that the drone had captured the picture of the soldiers using a unique telephoto lens while flying at about 1,000 meters. The official noted that the soldiers were posted at a station to track PLA aircraft in the area; therefore, the plane had not revealed a major military installation.

Kinmen County also referred to as Quemoy, is a group of islands in China’s Fujian Province governed by Taiwan, formally known as the Republic of China. It is situated about 10 kilometers east of the city of Xiamen.

Since the beginning of the year, the Taiwanese military has routinely reported seeing Chinese military and civilian drones flying close to Kinmen and the neighboring frontline county of Matsu.

It is believed that the Chinese regularly send these drones to spy on Taiwanese forces stationed at frontline offshore islands and to evaluate their military’s reaction to such incursions. On the other side, Taiwan has regularly conducted military drills to assess its combat preparedness.

The “solid combat power” of the Penghu Defense Command forces was displayed with live fire. The M60A3 tanks carried out counter-amphibious landing operations throughout the exercise and fired various ammunition to assess the officers and enlisted soldiers’ combat readiness. 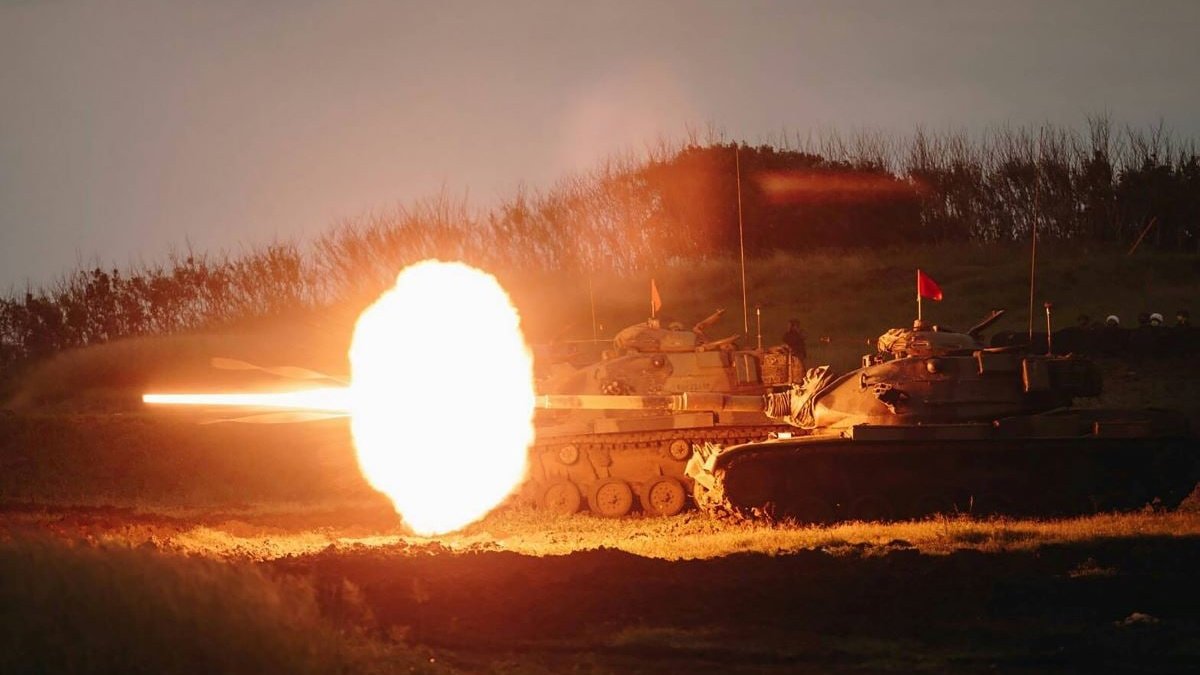 The .50 caliber machine guns were used to practice shooting down flying targets. The various weapon systems complemented one other in carrying out high-efficiency joint-strike operations and exhibiting the armed forces’ “solid combat power.”

Meanwhile, Wei Fenghe, China’s State Councilor, and Defense Minister, stated in a video speech at a Shanghai Cooperation Organization (SCO) meeting on August 24 that “Taiwan is China’s Taiwan, and the Taiwan question is China’s domestic affairs.”