Just when you think 68-year-old Vladamir Putin cannot get any more badass, the Russian President finds newer ways to do so.

On the day of Epiphany on January 20, the Christians remembered Jesus Christ by taking a dip in the icy water of the nearest river or pond. And Putin, a former Russian intelligence officer, plunged into an icy swimming pool as part of the ritual.

According to beliefs, on the midnight of Epiphany, all the water in the world becomes holy, thereby washing away all kinds of sins.

While Putin grew up under communist rule, however, he has remained a devout Christian. He led his country in observing the Orthodox Christian ritual by getting into the water of a cross-shaped pool in Moscow at minus 14 degrees Celsius.

The picture of Putin taking a dip into the icy water was posted on his official Twitter handle, and later on, videos were also shown on Russian television screens, with the President removing his overcoat to get into the water.

This is just one of the incidents that have contributed to Putin’s legendary status in his homeland. The Russian media has long projected Putin as a powerful leader who saves the country from the Western world, carving out a messiah-like personality for him.

In 2018, Putin was re-elected for another six years. He has remained in power since 2000, making him the longest-serving Kremlin leader since Soviet dictator Joseph Stalin, who passed away in 1953.

During this entire period, Putin has proved himself as a strong leader, much of which is attributed to his tough upbringing.

According to reports, Putin grew up in a communal housing block in St. Petersburg, and would often get into fights with local boys who were bigger and stronger than him. This prompted him to take up judo, finally motivating him to work in the Soviet intelligence “even before he finished school”, according to a Kremlin website.

Considered one of the fittest leaders in the world, Putin has been practicing martial arts since he was 13 and possesses a judo black belt. He says judo is a “good way of building up adrenaline and taking out aggression”.

Media reports suggest Putin likes to work out seven days a week; he goes to the gym and swims on a daily basis, which he claims is where he “gets much of Russia’s thinking done”.

Putin started playing hockey at the age of 60, after which he said that “the other players don’t take it easy on him”.

In October 2015, he said, “Fifty years ago the Leningrad street taught me a rule: if a fight is inevitable you have to throw the first punch.”

The EurAsian Times takes a look at a few world leaders who might follow in the footsteps of the Russian legend.

Emmanuel Jean-Michel Frédéric Macron is the President of France and ex officio co-prince of Andorra since 2017.

Born in a family of doctors in 1977, Macron was the eldest of three siblings, who was labeled as an exceptionally gifted student by teachers at his private secondary school in Amiens.

However, despite his abilities, no one could have traced by then that Macron, at the age of 39, would go on to become the youngest president in France’s history and the youngest French head of state since Napoleon. 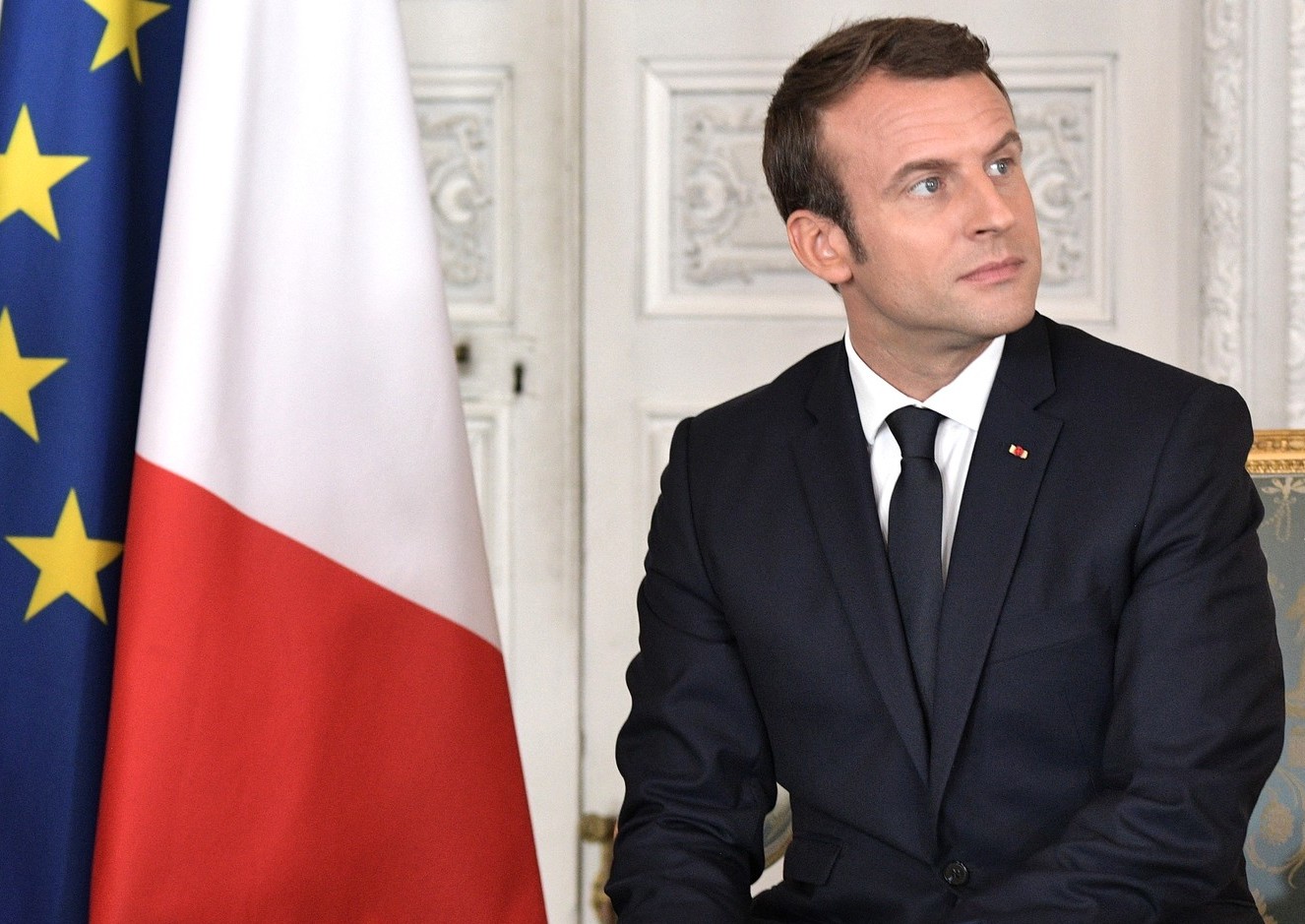 While Macron clearly is well versed in international affairs, it is interesting to see how he stays physically fit through a list of activities.

According to Samir Becic, a world-renowned health and fitness expert, “President Macron is in excellent physical shape and uses a variety of sports to stay active. Europe is fortunate to have such a strong and fit president who is a role model for many.”

As per reports, Macron plays tennis and also trains with former professional tennis player Patrice Kuchna, who considers Macron as an accomplished and agile athlete.

Macron is also known to be an avid soccer fan, and plays the beautiful game, having previously been licensed by the French Federation of Football during his time at the university.

The President has also, on a number of occasions, been pictured going on bike rides with his wife and kids. The 43-year-old spends a lot of time running and skiing in the Alps and Pyrenees as well.

Born on January 30, 1968, King Felipe VI of Spain ascended the throne in 2014 upon the abdication of his father, Juan Carlos I. 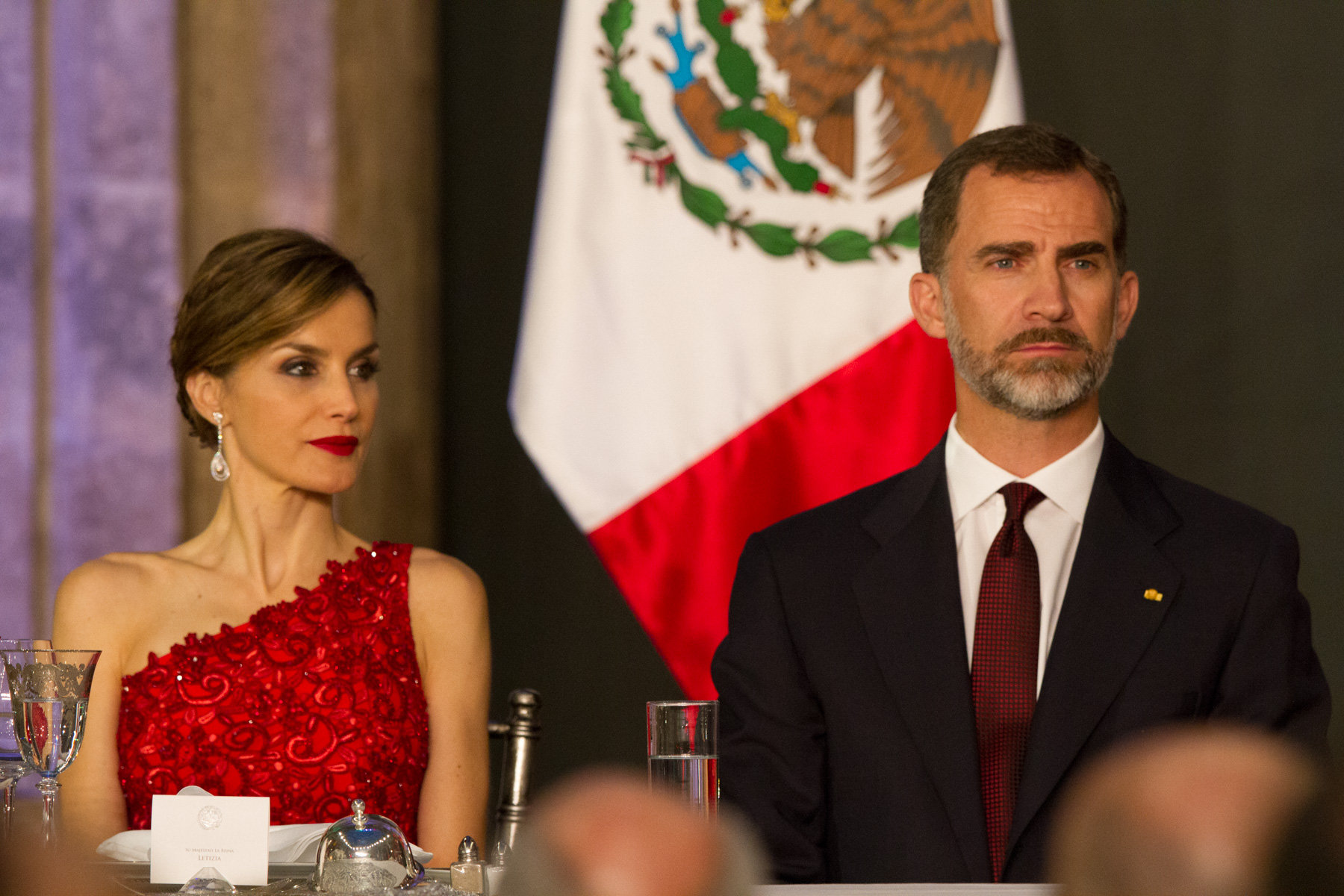 The Spanish leader has graduated from two military schools and one Air Force Academy. As per the Spanish Constitution, as monarch, he is the head of state and commander-in-chief of the Spanish Armed Forces with the military rank of Captain-General.

The King is a sports enthusiast and was even a member of the 1992 Olympic Sailing team in Barcelona. He also participated as Spain’s flag bearer in the Parade of the Nations during the opening ceremony, in which he was awarded an Olympic Diploma after ranking sixth.

While tennis star Rafael Nadal and footballer Sergio Ramos are counted among the greatest sportspersons in Spain’s history,  King Felipe VI has also made a name for himself in the sporting arena.

Unlike other names on the list, here is a world leader who was actually a sportsman. George Manneh Oppong Weah or George Weah is the 25th President of Liberia who assumed office in 2018. However, prior to this role, Weah used to be a professional footballer.

During his 18-year-long professional career, Weah played for some of the biggest football clubs in the world, including Paris Saint-Germain, AC Milan, Chelsea, Manchester City, Monaco, and Marseille.

He is the only African player to win the prestigious Ballon d’Or and FIFA World Player of the Year. 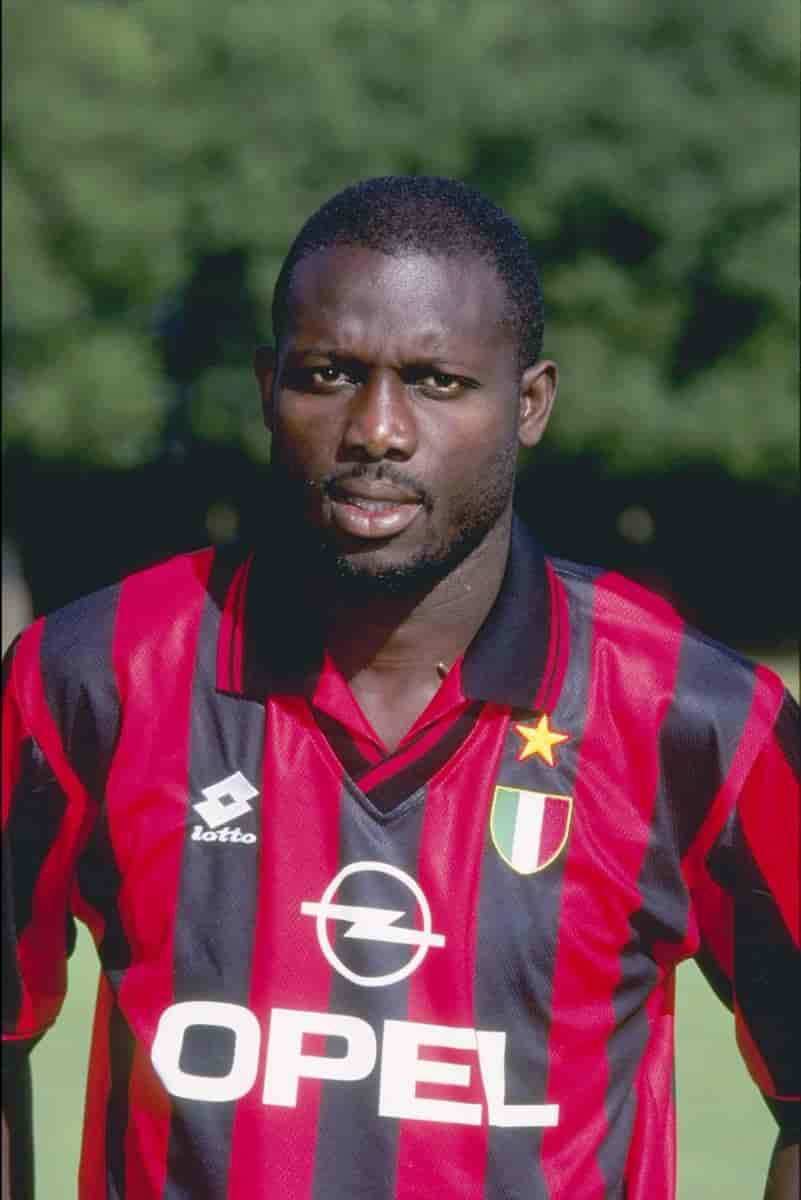 It is said that while Weah has been busy dealing with the political affairs of his country, he does take out some time on Saturdays to play football. 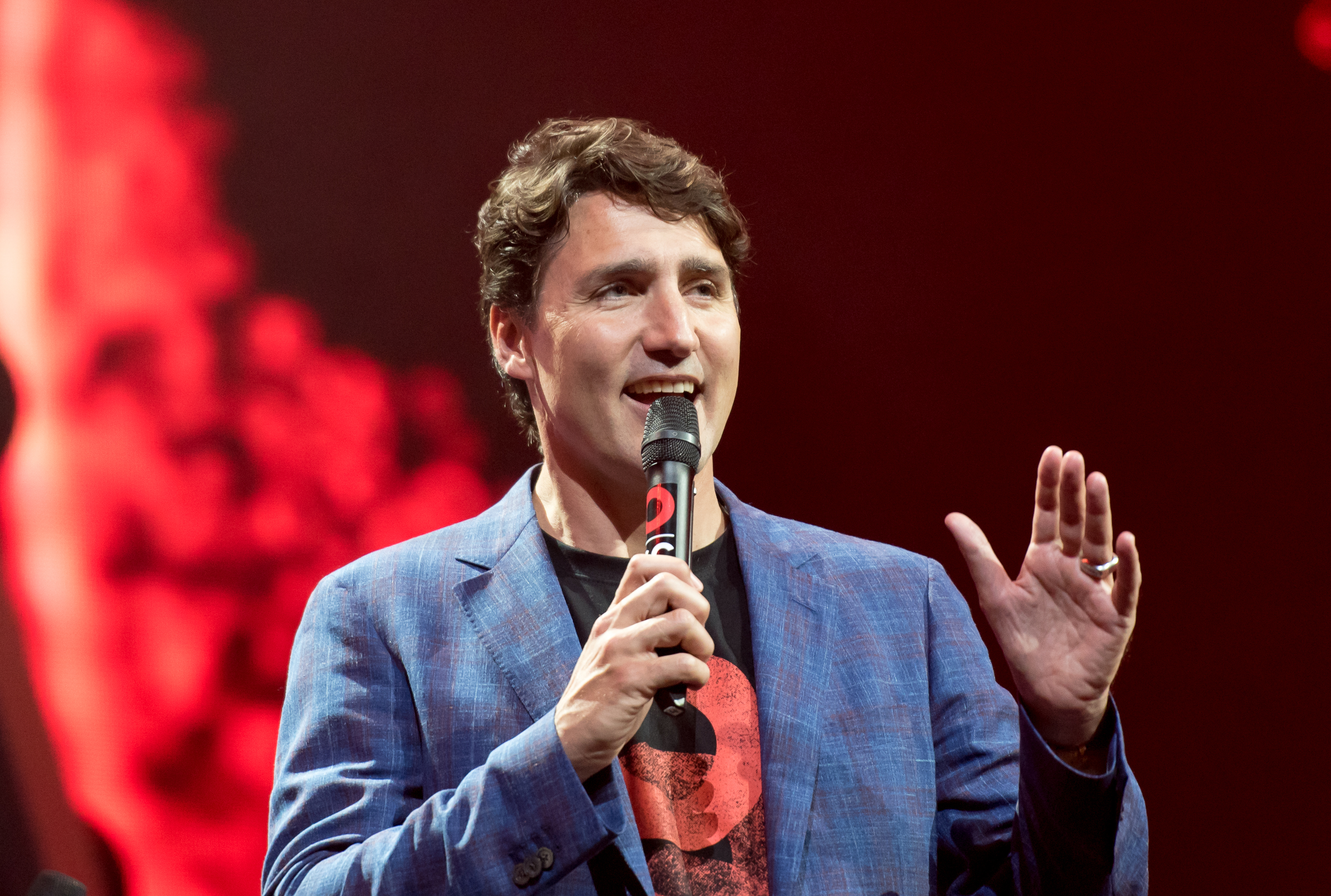 The eldest son of former Prime Minister Pierre Trudeau, Justin Trudeau has been serving the post since 2015. He has been a popular figure across the globe, with his fans labeling him as an authentic, committed, liberal, competent, and genuine leader.

Trudeau has often been termed as “Mr. Steal Your Girl” because of his charm and good looks.

Reports suggest he likes to maintain his fitness by spending several hours in the gym. Even during his campaign, Trudeau worked out and trained almost every day.

The politician is also known to be very passionate about boxing and has been heard speaking about the sport publicly. “Boxing is as much about receiving hits as giving them,” said Trudeau.

Other than boxing, Trudeau also enjoys snowboarding, canoeing and, practicing Yoga— which he has done even during his cabinet meetings.

The Prime Minister is also said to have taken part and completed a 5k marathon with members of the Canadian Royal Navy not so long ago.

Previous articleAs India Permits A ‘Little Japan’ In Rajasthan, Is The Stage Set For Many ‘Little Indias’ In Japan?
Next articlePakistan To Lose Its Billion-Dollar New York Roosevelt Hotel As International Court Moves To Freeze Assets In Reko Diq Case?