In what would be depicted as a last-possible successful attempt at landing a gigantic aircraft on a remote island in a Hollywood war movie, similar scenes were spotted at a beach near Russia’s Dagestan city of Derbent.

The massive Cold-War-era Ekranoplan flying vessel was spotted lying where the land met the sea, with the footage magnificently captured by drones flying right above it.

While the setting of a lifeless beach paved way for rumours to be spread that the enormous flying vessel had been abandoned on the beach, it is actually a part of a plan which will be formulated in the near future.

The sandy beach in Russia is set to be home of a military theme park which will be centred around the plane and other attractions, with work, already underway displayed by the presence of excavators and trucks in the background. 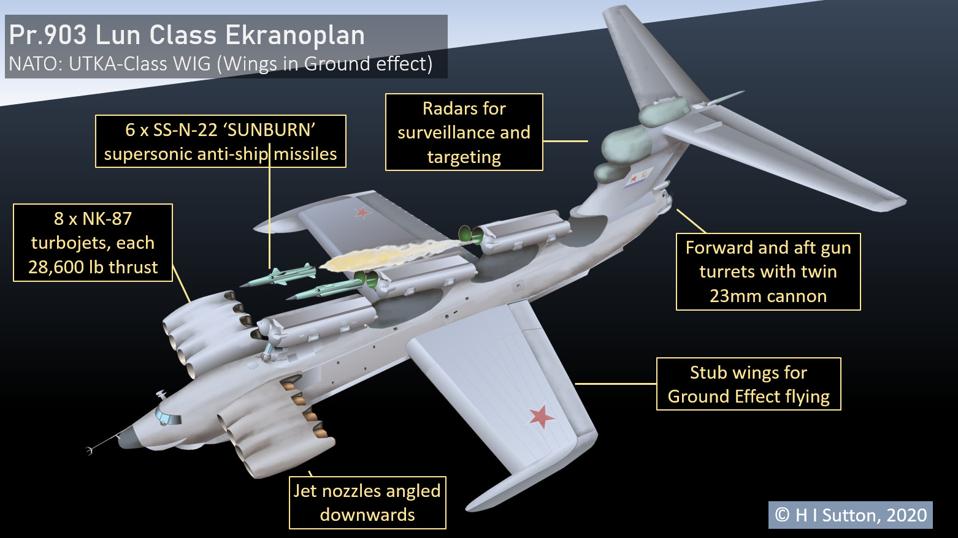 The 400-ton aerial vessel was a maritime vessel armed with supersonic missiles, despite its resembling an aircraft due to the presence of wings and turbofan engines. While the vessel’s hull looked to be intact, its pain was worn out along with rust settling on some of its metal parts.

BEAUTIFUL. STATELY. THE FUTURE WE NEVER HAD. pic.twitter.com/9XtGVwGTSH

The military vessel was brought on to the beach over two months ago during which construction activities have gone ahead to build the patriotic theme park.

Built during the Cold War, the unique Lun-Class Ekranoplan naval craft was designed to skim just above the water, with its high-speed low altitude flight enabling it to cruise over anti-ship mines and evade radar systems.

Soviet made EKRANOPLAN. 400ton One of kind prototype from the 60s. Maybe the inspiration for Kojimas Shagohod? #MetalGearSolid pic.twitter.com/KG57hX7TLk

While the vessel could launch stealthy nuclear-missiles, it was vulnerable to bird strikes and dangerously wide turning radius.

Previous article
Test For India, Bangladesh Relations As Dozens Of Unresolved Issues Need Urgent Attention
Next article
US Tests New Hypersonic Missile That Can Zoom At Mach 7; But How Does It Compare With Russian Avangard & Kinzhal Missiles?