India’s gift to Myanmar — INS Sindhuvir — has finally been commissioned into the country’s navy. India had sent the 3,000-ton Soviet-era submarine to the Myanmar Navy two months ago as part of the Modi government’s Act East policy to counter China’s growing influence in the region.

The commissioning of ‘UMS Minye Theinkhathu’, as the submarine has been renamed, was held on the 73rd anniversary of the Tatmadaw-Yay (Myanmar Navy) on Friday (December 25). This is Myanmar’s first submarine.

Watch: Myanmar formally commissions Erstwhile INS Sindhuvir as UMS Minye Theinkhathu into its navy. The Submarine was handed over by India to the country in Oct. pic.twitter.com/qeWOH6S5qg

The Kilo-class submarine, refurbished by state-run defense shipbuilder, Hindustan Shipyard Limited (HSL) in Visakhapatnam, was delivered by the Indian Navy during the country’s “Bandoola” fleet exercise in October, as part of New Delhi’s vision SAGAR (Security and Growth for All in the Region). The submarine can operate at a depth of up to 300 meters.

In October, Myanmar’s military’s commander in chief Senior General Min Aung Hlaing had said the submarine will enhance the state’s defense prowess. On his website, he had said, “To be a more modernized navy, we must be facilitated with submarines.”

As part of its Act East Policy, India has enhanced its ties with the country and both sides have agreed to boost defense and security cooperation. In October, Indian Foreign secretary Harsh Vardhan Shringla and the Army chief General MM Naravane visited Myanmar, during which both sides discussed a range of issues — from security to connectivity.

India and Myanmar share a 1,643km land border and a 725km maritime border in the Bay of Bengal. Myanmar is also seen as an important gateway to Southeast Asia for India. China has already undertaken large-scale infrastructure development projects under its Belt and Road Initiative (BRI) in the region.

To counter China’s growing influence in the region, “New Delhi has given a fresh push to its Act East policy, in which Myanmar would play the role of a strategic partner. In October, the two countries agreed to operationalize the strategic Sittwe port in Rakhine State early next year and to initiate steps for completion of the India-Myanmar-Thailand trilateral highway. The latter would provide India with connectivity to ASEAN nations,” senior journalist Jayanta Kalita wrote in The Irrawaddy, a leading news portal in Myanmar. 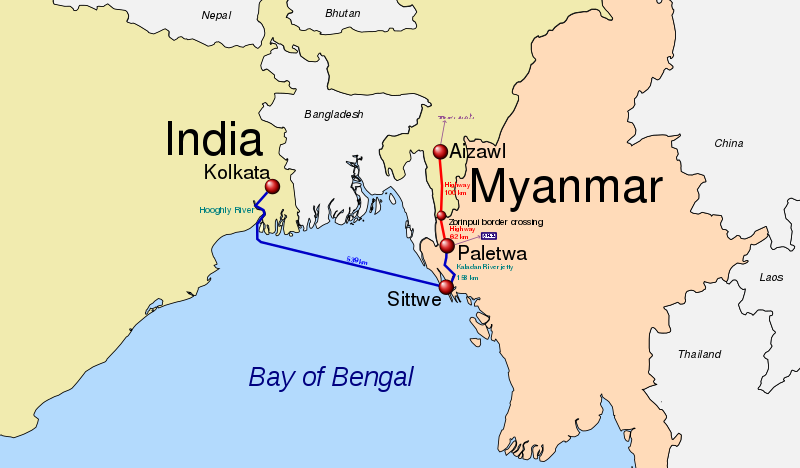 In August, Myanmar had received $5 million from India as the annual contribution under a border area development program that was started in 2012. Under this, 14o projects were implemented in Myanmar’s Chin state and other Naga-inhabited areas along its border with India.