With no end in sight to the India-China border standoff in Eastern Ladakh, the armies of both countries have been provided with high-tech gear to beat the Himalayan chill.

But it seems the Chinese side could not digest the idea of Indian soldiers getting “smart” accommodation in the cold desert, and continues its Psy-Ops against the Indian troops.

Chinese news sites have once again picked up unverified images, claiming that Indian soldiers are suffering in the sub-zero climate of Ladakh.

A report on Sohu claims it has picked some images from Indian media showing the “tragic life of the Indian Army”.

Quoting a Hindustan Times report, it said Overseas Network reported that Indian reporters had gone to Eastern Ladakh to cover the preparations made by the Indian side, but ended up showing Indian soldiers sitting with a kerosene stove heating the curry and dividing one piece of bread among four. A Google search on these images, however, leads to Chinese news websites.

The report further claims, that soldiers apparently told the Indian journalists that only officers get to eat canned food. It also says that since food is limited, they have to save it for the troops stationed in the forward posts.

The report shows a video of a blizzard where some men in camouflage uniforms and mountain gear can be seen carrying a sleeping bag.

The report claims the soldiers who froze to death in the subzero temperature were carried in those sleeping bags. It says the troops don’t have heating equipment and cold-proof tents in further areas.

Then, there are images of an “Indian army soldier” welcoming a “reporter” wearing slippers in the freezing temperatures with his tents buried in snow in the background. 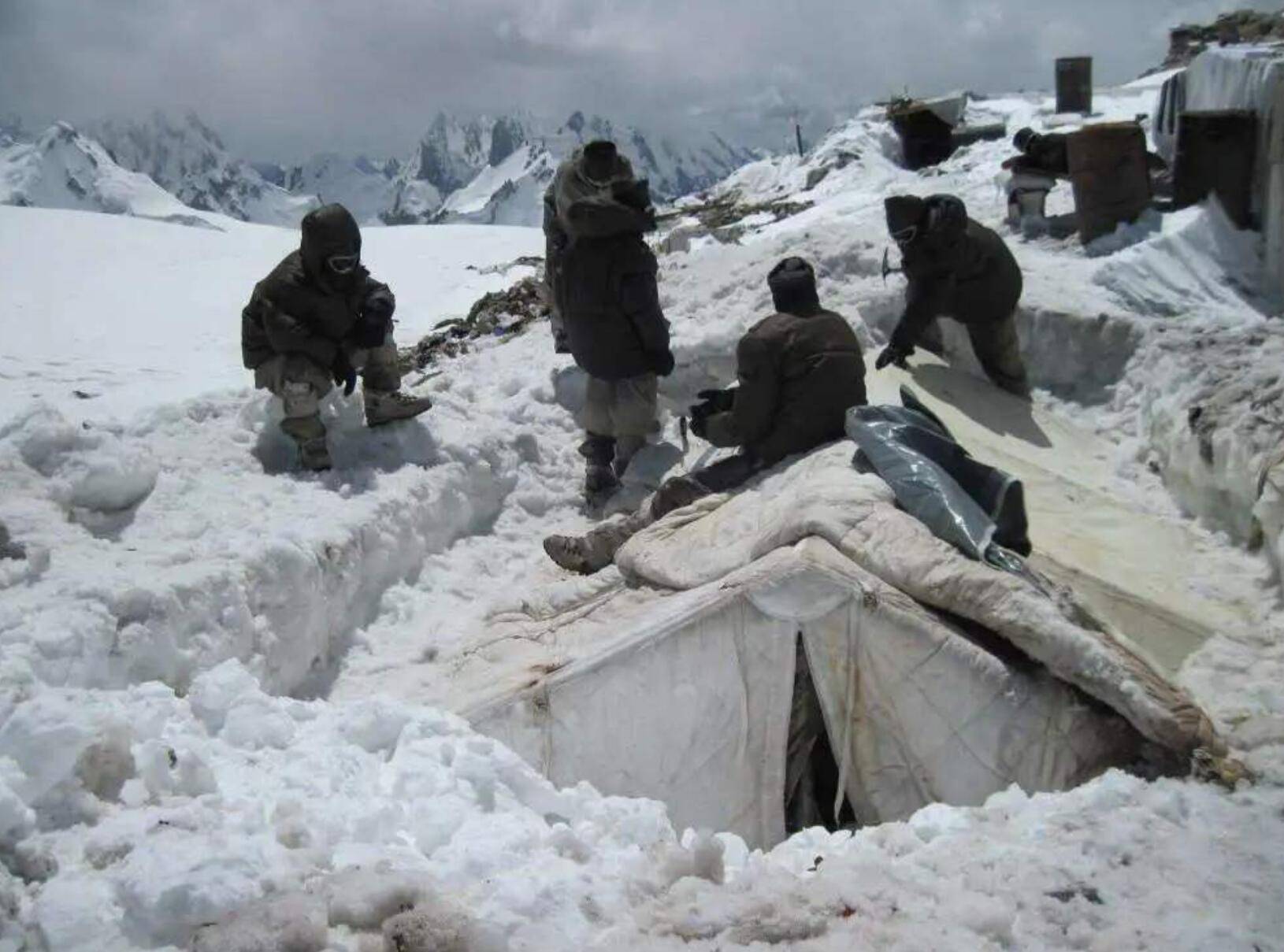 The Psy-Ops are clearly aimed at showing the Indian soldiers in poor light — a ploy to boost the morale of the Chinese soldiers and citizens. As Shishir Gupta wrote in Hindustan Times, “Psychological operations against the adversary are a key ingredient in the Chinese War Zone Concept (WZC) doctrine.

Although Psy-Ops, as it is called, is an age-old concept since the times of Chanakya and Sun Tzu, the Chinese Communist Party (CCP) has refined it by influencing the influencers among the adversaries, on and off social media, to lower the morale of enemy troops and the political decision-makers.”

Interestingly, a Chinese website had recently shared a video of thermal Indian army camps in Ladakh. It had also given a detailed account of the state-of-the-art facilities being provided to Indian troops.

The Indian Army has deployed thousands of troops in the Ladakh region, where the temperature dips to -40 degrees Celsius, and the area receives up to 40 feet of snow. Anticipating a long stand-off, India has its army, navy, and air force on alert.

The two sides have conducted eight rounds of military talks at the Corps Commander level. After the 6 November talks on disengagement, no other measures have been undertaken to ease the tensions.