Crocodiles attacked dogs in the flooded streets of the Indian city of Vadodara, Gujarat after it was battered by nearly 50 centimetres (20 inches) of rain in 24 hours leaving five people dead, police said on Friday. 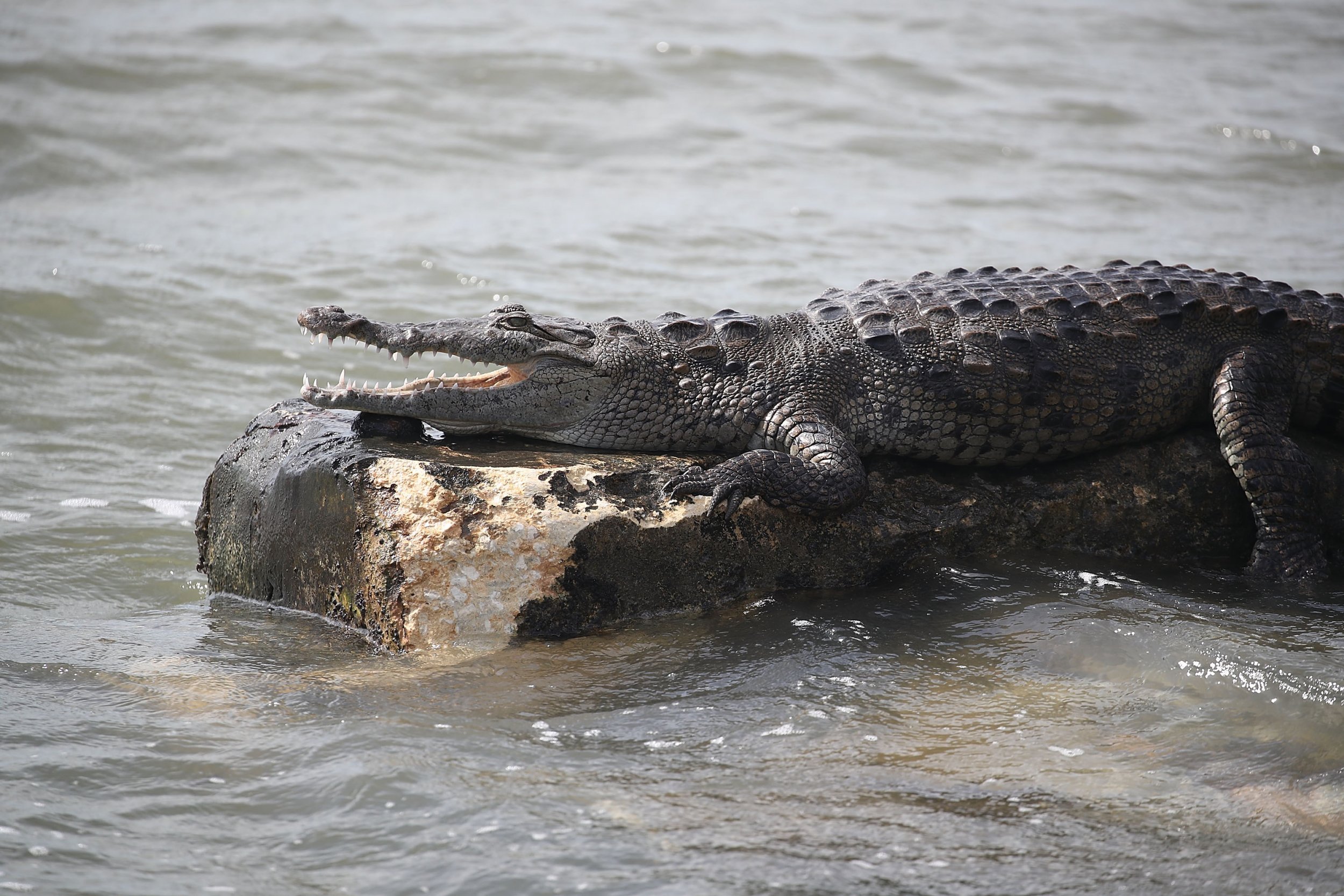 Waist-high water remained on Friday in the Gujarat state city where the main railway station and most roads were closed by the freak deluge.

About 5,000 people were evacuated from their homes as water from the overflowing crocodile-infested Vishwamitri River spread through the city of 1.2 million people. A video of one crocodile emerging from the flood to attack a dog went viral on social media

A #video of a #crocodile trying to attack a #dog on a #water-logged street in #Vadodara in #Gujarat has gone #viral on #socialmedia.

The crocodile is there since morning. Water level in society is 2.5 feet sonit is difficult to rescue the crocodile. @ahmedabadmirror @VMCVadodara pic.twitter.com/YuNzfmz7sA

Many bridges over the river were closed, cutting off whole districts of the city. Officials said two people were electrocuted and two labourers died when a wall weakened by the floods fell on them. The body of a 60-year-old man was found floating in the water but the cause of death was not immediately known.

Medical teams from other cities in the western state were to be sent to Vadodara to launch operations to contain infections and disease, officials said. Power engineers were struggling in the floods to reconnect electricity supplies. Long queues of people formed outside food shops.