A case of another child abuse has emerged from the Madrassas of Pakistan. A student was hung upside down and beaten, Rawalpindi police on Friday arrested the teacher involved in the terrible act., reports the ExpressTribune 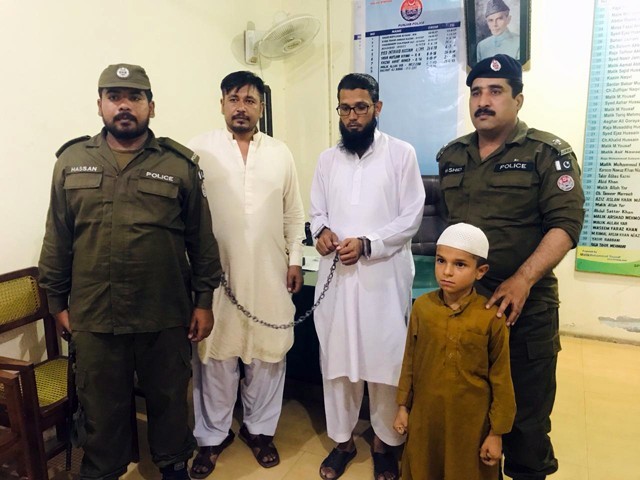 The special branch of police and Counter-Terrorism Department (CTD), with the help of intelligence agencies, located the madrassa within few hours of the footage of the act going viral on social media. The suspect, Noor Muhammad, was arrested from the seminary located in Dhok Kashmirian, Sadiqabad. He, along with the victim and his father, were taken to Sadiqabad police station for interrogation.

Initial investigation suggested the incident occurred in winter last year, after which a settlement was reached between the seminary management and the aggrieved party.

Police officials stated that a total of 30 children were residing in the Rawalpindi seminary, which they said belonged to man hailing from Murree, who is also placed on the Fourth Schedule.

The Fourth Schedule is a list of proscribed individuals who are suspected of terrorism and/or sectarianism. It was further revealed that the seminary consisted of one room and three halls. However, it had not been listed under category ‘C’.