The United States Marine Corps has finally retired its fleet of AH-1W SuperCobra helicopters after 34 years of service. The aircraft made its last flight with the service on October 14 at Naval Air Station Joint Reserve Base New Orleans, Louisiana.

The helicopter has served the U.S.Navy’s Marine Corps, being a reliable support to the ground troops since its induction in 1986.

In its first operational deployment in the Gulf War during the early 90s, the aircraft reportedly flew 1,273 sorties with zero losses. In the war, the AH-1W was credited with destroying 97 hundred tanks, 104 armoured personnel carriers and other vehicles, and two AAA sites.

“The AH-1W Super Cobra has served admirably and leaves a remarkable legacy of on-time, on-target attack helicopter support for our Marines,” said Col. David Walsh, the program manager for Light/Attack Helicopter Programs (PMA-276). “Although the AH-1W chapter is closing, the AH-1Z Viper stands ready with even greater capability to support our Marines for years to come.”

The helicopter is a part of the UH-1 Huey lineage, which saw first combat usage in Vietnam. During the war, it was realised that an armed gunship version of the helicopter is an effective weapon, and the platform’s potential for usage as a ground support attack aircraft was utilised- first by arming the in-service transport Hueys and then making a dedicated attack helicopter named “AH-1 Cobra” (‘A’ designation being for ‘Attack’ version). These were practically the first attack helicopters ever.

According to the manufacturer, Bell Textron, the company delivered the first AH-1Ws to the Marines on March 27, 1986, and delivered the final aircraft in 1999, for a domestic fleet of 179 attack helicopters. Through August 2020, the USMC flew the Super Cobra for 933,614 hours.

“We are tremendously proud of the capabilities the AH-1W has brought to the United States Marines for the past 34 years,” said Michael Deslatte, H-1 Bell Program Manager. “The Super Cobra’s tremendous legacy is a testament to the excellence and dedication the men and women at Bell put into these platforms for generations and we look forward to continuing that legacy for years to come.”

However, the lineage still continues. “AH-1Ws remanufactured into AH-1Z Vipers will continue to serve in the United States Marines. The four-bladed Viper replaces the Super Cobra as the successor to the modern attack helicopter platform and provides fully-integrated air-to-air and anti-armour capabilities designed to successfully accomplish the broadest array of contemporary missions,” the company said.

The AH-1Ws are still in service with Iran, Taiwan, and Turkey. 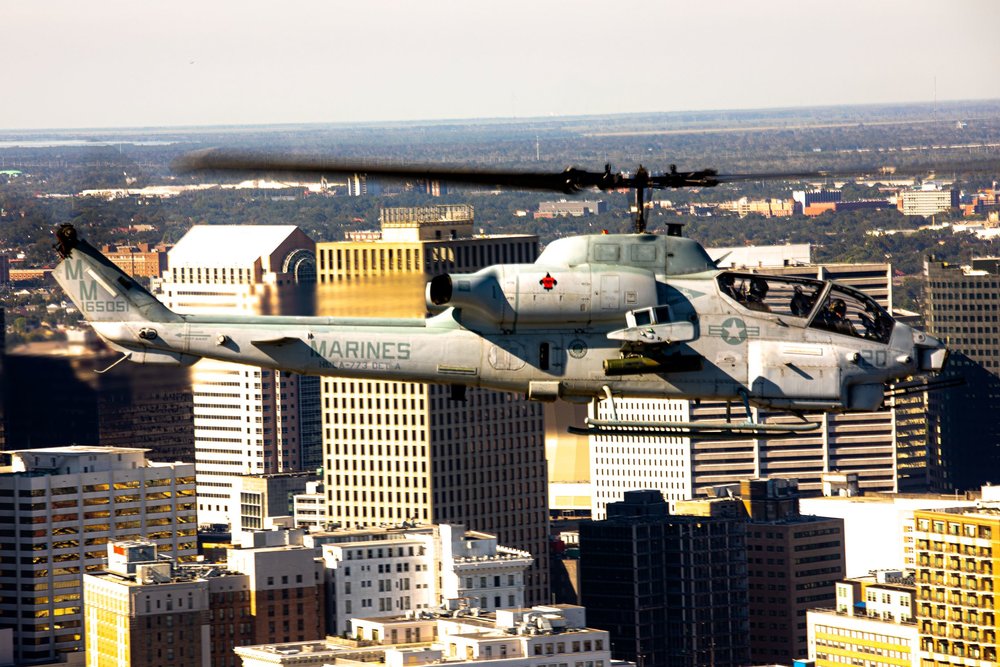 Being a successor to the SuperCobra, this new design makes the AH-1 lineage compatible with modern standards. It rectifies the problems encountered with its predecessor and uses a better engine, upgraded avionics, weapons systems, and electro-optical sensors in an integrated weapons platform. It has improved survivability and can find targets at longer ranges and attack them with precision weapons.

It is an interesting fact that the Marine Corps does not operate the famous AH-64 Apache variants. The AH-1Z is made to cater to the Naval requirements and can achieve all of the Apache’s functionality and operational roles, and has a similar weapons loadout including the 20mm three-barreled rotary cannon, rocket pods, Sidewinder missiles and Hellfires.