New videos emerging from China have revealed a hypersonic weapon onboard a massive “missile-carrier” aircraft, with the missile mounted underneath the fuselage. The videos have widened the eyes of Beijing’s adversaries, especially at a time when China is at odds with most of its neighbours.

According to aviation specialist Tyler Rogoway, the form factor looks similar to the one found on China’s ground-launched DF-17 hypersonic weapon, which uses a ballistic missile to boost an unpowered DF-ZF hypersonic boost-glide vehicle to a velocity well over Mach 5 before the vehicle continues on maneuvering path through the atmosphere to its target.

Currently, most of the world powers are struggling to achieve their hypersonic missile capability, with various programmes in development like the American ARRW and India’s HSTDV and BrahMos-II.

The Russians seem to be leading the race with the operationalisation of their Avangard ICBM, the Kinzhal air-launched cruise missile, and Zircon ship-launched surface-to-surface missile, all of them being hypersonic. 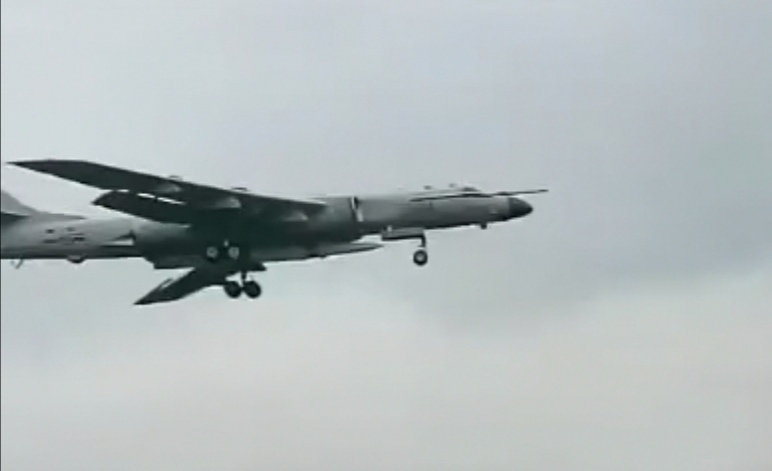 The new Chinese missile was seen carried by an H-6N “missile carrier”, which is developed from the Chinese bomber of the same designation H-6K, which itself is a redesigned version of the Soviet-era bomber Tu-16 Badger.

This latest version of the bomber gives the PLA an essential stand-off capability and will be used in power-projection roles akin to the B-52 bomber operated by the USAF, just at a smaller scale.

However, it is not yet certain as to what the missile is currently capable of; and any speculations made would be based on the little information revealed in the video.

The video footage of an H-6N with a possible air-launched ballistic missile appears to be taken at this location just outside Neixiang Afld. This corroborates my theory that the 106th bde operates H-6N's and, per the CMPR suggesting nuclear-capable ALBMs, is a nuclear unit. https://t.co/aJtOw9PzmD pic.twitter.com/Y4KXN9MldV

China has been aggressively pushing its hypersonic weapons program, and even if not technologically, it has the advantage of numbers. Focusing much on quantity, hundreds of missiles launched at an armada would be enough to cripple its defences, especially if the claims of hypersonic missiles are true- threatening the US Navy operating in the region – which would be the first responders in case of hostilities with Beijing.

Hypersonic vehicles provide an advantage that they are virtually immune to any existing air defence system in the world, giving the on-field commander a sure-shot probability of the destruction of the intended target. However, the development is still underway but does shift the balance again towards the attacker than the defender in the future battlefields.