There has been enormous criticism of French President Emmanuel Macron for his critique over the killing of a teacher in Paris suburbs by Islamic extremist and his decision not to “give up cartoons” depicting Prophet Mohammed.

Several French websites came under cyber attack Sunday over anti-Islamic remarks by the country’s president and the republication of cartoons insulting Prophet Muhammad.

French President Emmanuel Macron’s attitude against Islam, the republication of caricatures insulting its Holy Prophet and their projection on the walls of buildings has triggered boycotts of French products in several countries including Qatar, Kuwait, Algeria, Sudan, Palestine and Morocco.

The French Foreign Ministry has called for an end to boycotts and protests against France.

The beheading of a teacher who had shown the controversial cartoons depicting Prophet Muhammad during one of his classes on freedom of expression triggered anti-Islamic remarks in France which also sparked protests in Muslim countries.

In recent days, Macron said they would not stop publishing such cartoons insulting Islamic values.

Morocco on Sunday joined a number of other countries that have condemned the recent republication of French cartoons insulting the Prophet Muhammad.

The country’s Foreign Ministry said in a statement that the systematic publication of such cartoons “reflects the lack of maturity of their perpetrators.”

Strongly denouncing the move, it said the “freedom of an individual ends where the freedom of others and their beliefs begin.”

It added that freedom of expression cannot explain the attacks and provocations on Islam, a religion with nearly 2 billion adherents worldwide. 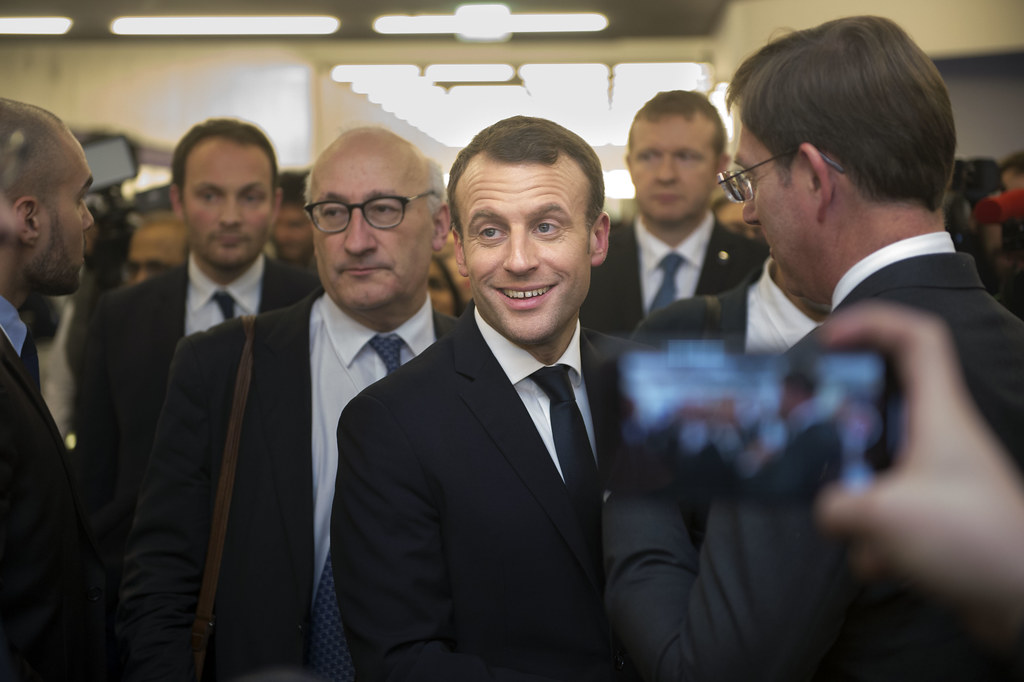 Meanwhile, people continue to support a boycott of French products that was launched through social media campaigns across Morocco.

In recent weeks, French President Emmanuel Macron has attacked Islam and the Muslim community, accusing Muslims of “separatism.” He described Islam as “a religion in crisis all over the world.”

This coincided with a provocative move by Charlie Hebdo, a left-wing French satirical magazine infamous for publishing anti-Islamic caricatures which have drawn widespread anger and outrage across the Muslim world.

The caricatures were first published in 2006 by the Danish newspaper Jyllands-Posten, sparking a wave of protests.

On Wednesday, French President Emmanuel Macron said he will not prevent the publishing of insulting cartoons of Prophet Muhammad under the pretext of freedom of expression, a statement that sparked outrage in the Arab and Muslim world.

Jalal Chahda, a senior anchor with the Qatar-based Al-Jazeera news channel, said in a tweet: “I am Jalal Chahda, an Arab Levantine Christian, and I strongly reject and denounce the insult to the Prophet of Islam, the Messenger #Mohammad. Blessings and peace.”

Chahda also attached a photo, saying: “Muhammad, may God bless him and grant him peace.”

It was followed by comments from his Muslim colleagues praising the tweet. Ghada Owais, another Al-Jazeera presenter who is also Christian, re-tweeted Chahda’s tweet, saying: “I refuse to hurt the feelings of Muslims or to generalize terrorism and link it to Islam.”

Michael Ayoub said on Twitter: “I really despise the person [who] insults the religion of another or mocks him or his messengers.” “What happened in France was a degeneration, and this underscores that they are very far from the teachings of the Bible.”

Raymond Maher wrote on his Twitter account that, “Since yesterday, all that I see in my Facebook newsfeed are posts for Christians who condemn insulting Prophet Muhammad, and that’s how our nature is in Egypt. We are one [Muslims and Christians]. ”

On Facebook, dozens of Christians including “Fathi Daniel” and “Wael Elbatl” posted pictures with similar comments which were accompanied by praise from Muslims.

Egyptian lawyer Nevin Malak also tweeted under the hashtag ‘#Against insulting the prophet’ quoting some of the teachings of the Bible that call for respecting other religions.

Over the past few days, France has witnessed the posting of insulting pictures and drawings of the Prophet Muhammad on the facades of some buildings in the country.

Besides the provocative cartoons, earlier this month, President Macron described Islam as a religion “in crisis” and announced plans for tougher laws to tackle what he called “Islamist separatism” in France.

French Muslims have accused him of trying to repress their religion and legitimizing Islamophobia.
Several Arab countries, as well as Turkey and Pakistan, have also condemned Macron’s attitude toward Muslims and Islam, with Turkish President Recep Tayyip Erdogan saying the French leader needs a “mental health check.”

The head of France’s far-right National Front party called Sunday for a nationwide ban on the wearing of Muslim headscarves in public spaces.

Marine Le Pen made the comments while answering reporters’ questions on the “Grand Jury” TV program.

Le Pen underlined that there has been a rapid increase in the number of women wearing headscarves in France since 1989, adding “the veil has accompanied the rise of Islamism in our country.”

She claimed that a “war” is being waged against the country and they should respond.

“We declare this war against not a state, but an ideology — Islamism,” she added.

Arguing that the Islamist ideology should be seen as the enemy of France, Le Pen called for the prohibition of organizations supporting it, the closure of mosques and the deporting of foreigners.

On France’s recalling its ambassador in Ankara following remarks by Turkish President Recep Tayyip Erdogan about his French counterpart, she said it was an important but not strong reaction.

The Turkish president said: “What is Macron’s problem with Islam? What is his problem with Muslims? He needs a mental health check. What else can we say to a president who does not understand freedom of belief and behaves in this way to millions of people living in his country who are members of a different faith?”

Previous article
Has Russia Copied US F-22 Raptors’ Trapeze Mechanism For Its Su-57’s Fighter Jets?
Next article
After UAE, Has Israel Removed Its Objection To Sell F-35 Stealth Jets To Qatar?