Was the earthquake that hit Turkey and Greece on October 30 an induced earthquake? Was it a miniature or a manmade disaster to make Turkey succumb to its knees, owing to the pivotal role Turkey has started to play recently vis-a-vis the ‘annexation plan’ of the West Bank by Israel?

Or was it to avenge Turkish President Tayyip Erdogan’s claim of Jerusalem once being a part of the Ottoman Empire, before Israel was carved out of Palestine, along with the 22 Arab states?

Was it a condemnation of his decision of reclaiming Hagia Sophia and his announcement about the Al Aqsa mosque? Was it the backlash over his eyeball-to-eyeball confrontation with Greece? Or maybe his overt support to Azerbaijan in the country’s war against Armenia?

Could be his remarks over Kashmir and his verbal face-off with the French president Emmanuel Macron over the making of cartoons of the Prophet of Islam? Or is it Turkey’s growing ‘differences’ with the Kingdom of Saudi Arabia, and to its heartburn, his affinity towards Qatar, which both KSA and UAE had wanted to invade?

Interestingly, Greece had also felt the earthquake but it did not cause any major damage in the country. More than 90 people have so far been dead in Turkey.

This theory of a manipulated and organized earthquake, thus, has not come out of isolation as now the world stands at a stage where, owing to technology, a controlled earthquake can easily be orchestrated in any part of the world.

There were similar suspicions when the Beirut blasts had taken place on August 4, 2020. There were six blasts beneath the site, at 11 seconds each, prior to the ‘mushroom-cloud’ blast, which Lebanon Interior Minister, Nohad Machnouk, had accused Israel of orchestrating. Beirut is the capital of Lebanon.

It took a former Israeli military engineering officer Boaz Hayoun to disclose in Reuters on August 14, 2020, that according to seismological data it was found that six blasts had happened at the same location, which preceded the actual blast, resulting in Beirut turning to rubble.

“Israel Defense, a leading private online journal with close ties to the Israeli military establishment and which first reported Hayoun’s findings, described his analysis of a possible blast sequence as consistent with munitions detonations,” the Reuters report added.

Notwithstanding, the declaration by Benny Gantz, the Israeli Defense Minister and rival to Israel PM Benjamin Netanyahu, who on July 31, 2020, four days prior to the blasts, had ordered Israel army to attack infrastructure in Lebanon, which was considered to be a  ‘dramatic’ shift in Israel policy, discloses Israel Hayom.

Hence, when the earthquake of 7.7 magnitude hit Turkey it didn’t surprise anyone. Such earthquakes now, therefore, are going to be a frequent occurrence. Moreover, there wasn’t any prior geological warning before the earthquake, which is a standard practice in this advanced world we live in to help evacuate people and prepare for contingencies.

After all, it hasn’t been a very long time since the Venezuelan President Hugo Chavez had claimed the Haiti earthquake of 2010 being ‘designed’ by the US as he had accused America to have ‘played God’, according to a Live Science report on January 29, 2010.

A very important news portal Radio Free Europe Radio Liberty carried an elaborate story on January 25, 2010 as to how Chavez made a startling claim about the Haiti earthquake. He blamed the disaster on the US, which he said used the High-Frequency Active Auroral Research Program (HAARP) to bludgeon an earthquake in Haiti, which was later dismissed as being just perceived science fiction.

But, despite how the conspiracy theories have been abound, it was also found that the US had stopped its HAARP agenda, as per a report in the NBC News on May 23, 2014, through which it is construed that man-made tsunamis, earthquakes, weather alterations, and many natural disasters can be manufactured. 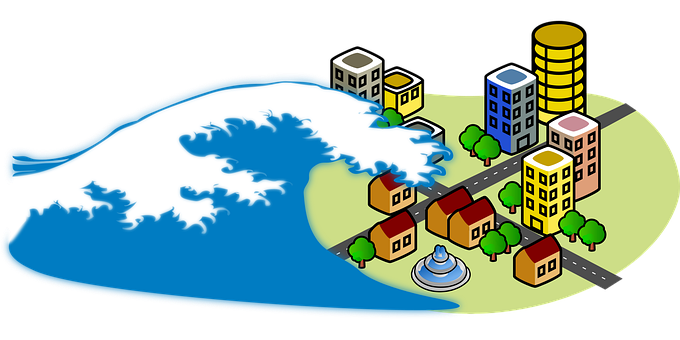 It is no doubt that such conjectures were dismissed as conspiracy theories, but after the Beirut blasts of 2020 and the Israel official’s claim of blasts occurring beneath the earth, it does give a renewed credence to such manipulations. Hugo Chavez has been well-known for his stances against US imperialism.

Moreover, The Diplomat magazine on December 19, 2019, had deliberated quite well on the report published by the South Korean government, which disclosed that the 2017 earthquake in its Pohang city was not an ‘Act of God’ but manmade and induced!

Thus, it brings us back to delve into the pertinent possibility that in today’s age a man-made earthquake is quite possible. Hence, the ‘powers-that-be’, as after all, the US along with the European nations, as well as Israel and Arab states, are all positioned against Turkey and for Turkey to probe an investigation into its earthquake would take a long time.

Even if found to be true, the accusation would be branded as just another ‘conspiracy theory’ and, thereafter, ‘consigned to record’ with no purposeful use.

The world polity, for that matter, is quite against Turkey as the country has started to change the political discourse in the world today. It has boycotted French products. Its own products are boycotted by KSA. It plans to reclaim its Ottoman Caliphate after 100 years, and it has signaled to form a new power bloc with China, Russia, Malaysia, Iran, and Pakistan.

If the earthquake in Turkey was ‘designed’ by man-made efforts, even by the thinnest remotest possibility, then Turkey is about to really face very hard times ahead, apart from the existential danger looming over the Al Aqsa mosque, Jerusalem, where a controlled earthquake can demolish it, and on it, the Jewish state of Israel would make its promised Third Temple.

The world seems very dangerously headed for an Armageddon.