A fresh flare-up that involved the Indian and Chinese troops at the southern bank of Pangong Tso took place on the night of last Saturday, 29 August 2020. Several media reports have revealed that a covert unit called the Special Frontier Force (SFF) was used to carry out the operation in eastern Ladakh.

What is the Special Frontier Force?

A Special Frontier Force or the SFF which is also known as the Vikas battalion is one of the most ‘mysterious’ armed units of India. It doesn’t fall under the purview of the Indian Army but is under the Cabinet Secretariat that reports to the prime minister.

SFF was formed in the aftermath of the 1962 Indo-Sino war. Thousands of exiled Tibetans were recruited (now it has a mixture of Tibetans and Gorkhas). It was initially named Establishment 22 after its first Major General Sujan Singh Uban, an Artillery officer who had commanded 22 Mountain Regiment. He named the covert group after his regiment’s name.

With the high level of defense cooperation with the US at the time, it was decided that the CIA and Intelligence Bureau would train a 5,000-strong force of Tibetans for possible missions against China.

CIA had been involved in covert operations to train Tibetan guerrillas to fight the occupation of Tibet by the Chinese government. However, as India, US relations soured in the 1970s, Washington pulled out of the initiative to train the SFF.

Special Frontier Force has been involved in several covert operations including the 1971 war, Operation Blue Star in Golden Temple Amritsar, Kargil conflict, and in counter-insurgency operations in the country. There are several other operations that SFF took part in but the details of that are classified.

An Observer Research Foundation commentary on special forces this year gave details of the Special Frontier Force’s operations in Bangladesh. 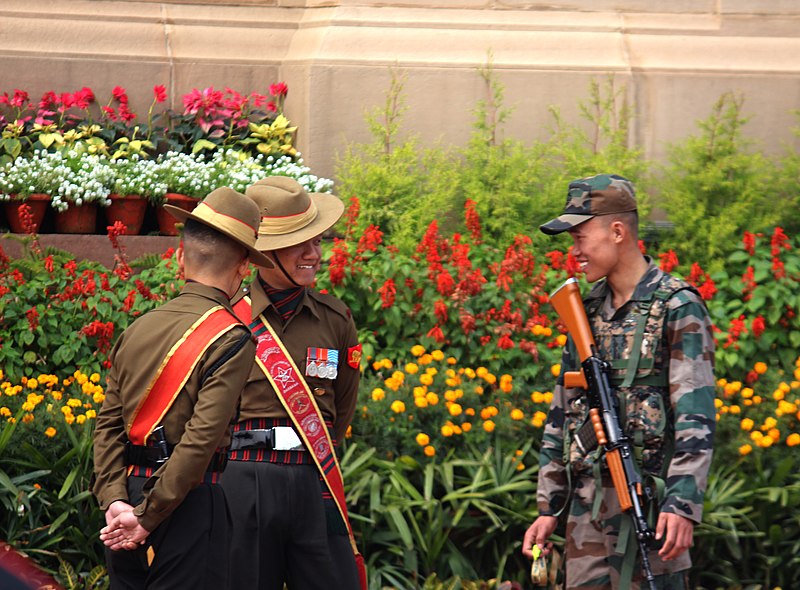 They also prevented Pakistani troops from escaping into present-day Myanmar. Their entire involvement, under the cover of plausible deniability with the R&AW’s blessings, was to train Bengali freedom fighters and conduct special operations against Mizo and Naga insurgents,” the ORF commentary stated.

After the flare-up in June where the two sides got into the worst brawl in four decades that lead to 20 Indian casualties and an undisclosed number of the Chinese side, the disengagement process through military commands and diplomatic channels is underway. However, this time the incident is much less severe.

As reported earlier by EurAsian Times, the Indian Army has said that the People’s Liberation Army (PLA) had been conducting “provocative” actions at the contested area of Pangong Tso, on the intervening night of 29-30 August.

On the other hand, the PLA Western Theater Command (WTC) Spokesperson Senior Colonel Zhang Shuili, blamed the Indian Army for stirring up tensions in the region. In a statement issued late on Monday (August 31) evening, Zhang alleged that Indian troops violated the LAC again and crossed over in the south bank of Pangong Tso and the Reqin Pass.

“You can be sure that what occurred on Sunday night was a carefully planned and executed counter-occupation. This is evident too, from the noises emerging from China,” wrote Manoj Joshi, a Distinguished Fellow Observer Research Foundation. He further added that Indian forces occupied certain areas near the South Bank of the lake before, what they said, was a Chinese move to do the same.

Looking at the current situation, such flare-ups have made the 3,488 kilometers long LAC susceptible to military moves and counteractions. Joshi warned that India cannot afford to get into a military conflict despite the temptation to do so.

“There may be a temptation amongst the political class to divert attention from the COVID spread and the sharp economic downturn. But, not only is the quality of our politico-military leadership wanting, but the state of the military is not particularly good – having faced five successive years of underfunding.”