Iran, that Donald Trump dubbed as the “world’s number one nation of terror”, is now on its heels as Joe Biden is set to enter the White House and take charge from Trump.

During Trump’s tenure, the ‘maximum pressure’ policy on Iran implemented through harsh economic sanctions has led to soaring inflation in the country and the plummeting economy in the country.

The Joint Comprehensive Plan of Action (JCPOA) also known as the Iran nuclear deal was struck during the Obama administration in 2015 when Biden was serving as the Vice President of the US.

The deal was signed with Iran and China, France, Russia, United Kingdom, United States—plus Germany, imposing an embargo on Iran’s nuclear activities and allow international inspections in its facilities, in return for lifting economic sanctions.

In 2018, President Donald Trump withdrew from the deal and started reimposing sanctions. The embargo was scheduled to end in October of 2018, however, the Trump administration was vying for an extension. When that didn’t go through, Trump threatened to “snap back” UN sanctions if the embargo wasn’t extended. 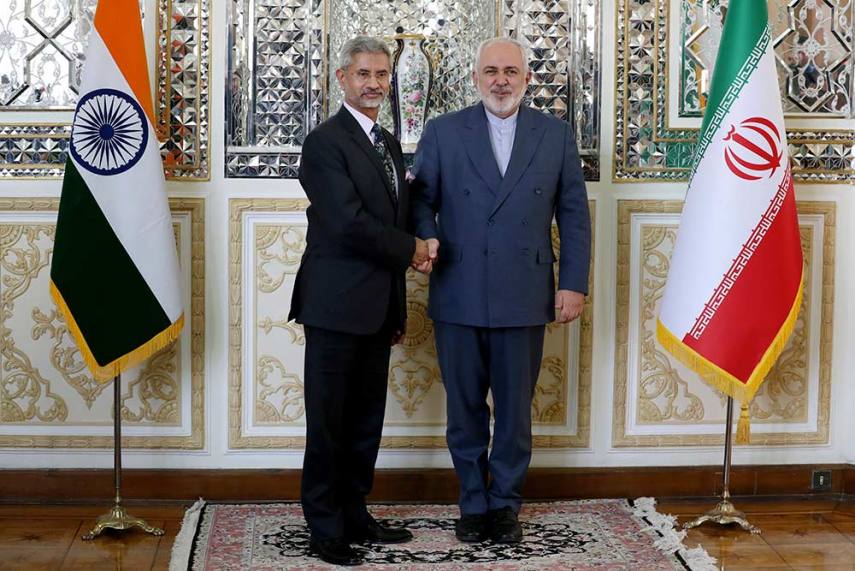 Even the European Union allies of the US that supported extending the embargo said that they do not support the reimposition of new sanctions on Iran.

Biden had said that he would make an unshakeable commitment to prevent Iran from acquiring a nuclear weapon in an opinion piece he wrote for the CNN in September. He added that under his presidency, the US will rejoin the JCPOA “as a starting point for follow-on negotiations”.

“I will also take steps to make sure US sanctions do not hinder Iran’s fight against Covid-19. And on day one, I will repeal Trump’s disgraceful travel ban targeting a number of Muslim-majority countries, among others,” he promised.

“Drawing on the record-setting US-Israel security assistance agreement signed when I was Vice President, America will also work closely with Israel to ensure it can defend itself against Iran and its proxies. We will continue to use targeted sanctions against Iran’s human rights abuses, its support for terrorism and ballistic missile program.”

Iranian Foreign Minister Mohammad Javad Zarif tweeted extending a hand for dialogue between the two countries after the result of the election was announced.

A sincere message to our neighbors:

Betting on outsiders to provide security is never a good gamble

Only together can we build a better future for all.

“The statements by the Biden camp have been more promising, but we will have to wait and see,” Zarif said in an interview with CBS News. Analysts believe that Biden may enter the nuclear deal again but it may be possible only after renegotiating the terms.

Meanwhile, Zarif has clarified that “under no circumstances” would Tehran renegotiate the terms of the deal. “If we wanted to do that [renegotiate], we would have done it with President Trump four years ago,” Zarif told CBS News.

“I know that Vice President Biden understands that that won’t happen [renegotiate the terms of the nuclear deal], and may act differently,” he added.

However, Iran’s Ayatollah Ali Khamenei took jibes at the system of US elections saying that the election “is an example of the ugly face of liberal democracy in the US.” He added that whatever the outcome may be, “one thing is absolutely clear, the definite political, civil, & moral decline of the US regime.”

The situation in the US & what they themselves say about their elections is a spectacle! This is an example of the ugly face of liberal democracy in the US. Regardless of the outcome, one thing is absolutely clear, the definite political, civil, & moral decline of the US regime.

What a spectacle! One says this is the most fraudulent election in US history. Who says that? The president who is currently in office. His rival says Trump intends to rig the election! This is how #USElections & US democracy are.

“These hardliners consider the prospect of a reconciliation between Iran and the United States under President Joe Biden a nightmare for their political subsistence, economic prosperity and ideological supremacy over Iranian society,” stated Kourosh Ziabari, a journalist based in Iran. who is also the recipient of a Chevening Award from the UK’s Foreign and Commonwealth Office.

India maintained strong ties with Tehran until, under pressure from the US, it had to cut its import of oil. The US directed all countries to stop importing oil from Iran in order to isolate Iran’s funding channels.

New Delhi conceded to these sanctions and had to look for alternatives sources that were expensive than Iranian oil.

However, Washington didn’t meddle in the Iran-India partnership for investment in Chabahar port. The port will link India and Afghanistan, which is seen as India’s gateway to Central Asia and Afghanistan.

While India’s ties with China have deteriorated, Iran’s relations with Beijing have significantly improved in recent years, with the two planning on signing a proposed mega-deal on economic and security partnership, worth a staggering $400 billion, which has garnered massive attention from India as well as the rest of the world.

As per reports, China and Iran are on the verge of signing an economic and strategic pact worth $400 billion and New Delhi is trying to ensure that the Chabahar project doesn’t get impacted by this deal.

One of the reasons for India’s reported dropout from the project has been because of the slow pace of the port’s development due to sanctions imposed by the United States, which has forced Iran to instead start work on the Chabahar-Zahedan railway.

Now with the new President in the White House, India and the rest of the countries that suffered under the US pressure to comply with the sanctions, are vying for a stable US-Iran policy.