Kartarpur Sahib gurudwara holds historical and religious significance to both India and Pakistan. It is built on the historic site where the founder of Sikhism, Guru Nanak lived for 18 years until his death in 1539. 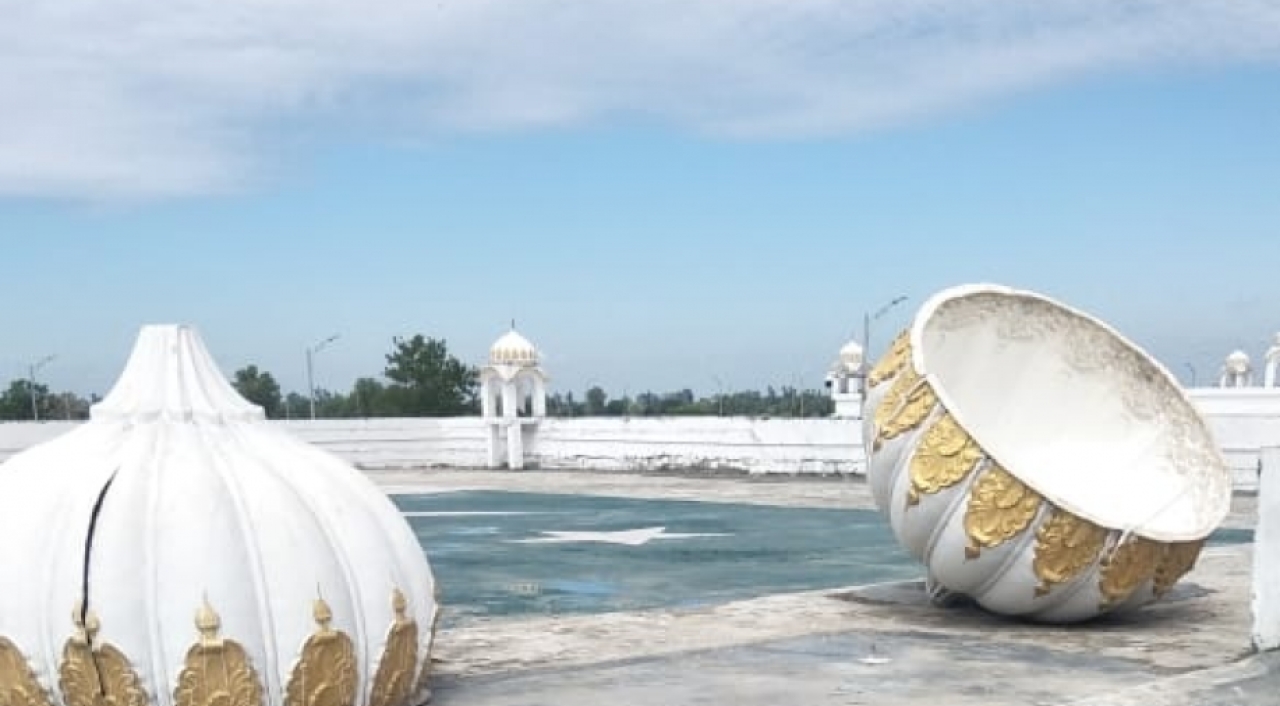 What Germany Did To Jews, Modi Is Doing To Indian Muslims: Pakistan PM

The Kartarur passage is also known as the corridor of ‘international peace and harmony’ connects the town of Dera Baba Nanak in India and  Kartarpur Sahib Gurudwara in Pakistan’s Narowal district.

The place has also been associated with a political skirmish between India and Pakistan after already renovated domes of the gurudwara fell during rain and strong winds on Saturday evening.

“India has taken up the issue of the collapse of domes of the Gurudwara with Pakistan. It has been highlighted that the damage to the structures in the Gurudwara has caused a great shock to the of the Sikh community,” a person familiar with the developments said.

According to sources and media reports, the domes were not constructed properly. In an attempt to speed up the work and save expenses, fiberglass was used to make the domes which were then just bolted onto the structure.

Indian officials have demanded an explanation from Pakistan about the indifference towards the sentiments to the Sikh community and the deficiencies that lead to the poor maintenance of the structure.

Gurdwara #Kartarpur repaired within hours of damage caused by strong winds,this is the difference of attitude btw #Endia and #Pakistan despite extremists groups State policy is to protect, preserve and safeguard rights of minorities whereas in Endia State owns extremists pic.twitter.com/u6wYAuSh3C

Hours after the incident, Pakistan’s Science and Technology Minister Fawad Hussain Chaudhry also tweeted about it. A Pakistani source also said concrete domes will be used in phase-II of the restoration work after two failed attempts with fiberglass.

The Pakistan Foreign Office (FO) spokesperson also clarified that the domes damaged on the night of April 17 had already been repaired. FO Spokesperson Aisha Farooqui stated the repair work was completed within 24 hours of the damage.

Referring to the Indian authorities sending a formal letter (note verbale) regarding the matter, the FO spokesperson stated that the domes had already been repaired by the time the letter was received.

“The Sikh community in Pakistan, and all over the world, is appreciative of the Government of Pakistan’s efforts for operationalizing the Kartarpur Corridor. The work on the world’s biggest Gurdwara, the Kartarpur Sahib, was completed in record time by Pakistan last year,” the FO spokesperson further maintained.