Russia has been the strongest defence partner of India and the robust ties date back to the Soviet (USSR) times. India and Russia have enjoyed an unparalleled bond with New Delhi importing an array of fighter jets, tanks, warships and other defence equipment from Moscow.

When India felt the need to develop their first fifth-generation fighter jet to counter the growing arsenal of Pakistan and China, New Delhi, expectedly, decided to partner Russia to develop one of the most advanced fighter jets on the planet.

In 2007, following the hugely successful BrahMos project to produce the medium-range ramjet supersonic cruise missile between India and Russia, the two nations decided to join hands again with India’s Hindustan Aeronautics Limited (HAL) partnering with Moscow based Aerospace Juggernaut Sukhoi to produce a fifth-generation fighter, then known as the PAK-FA T-50.

How Indians Are Going All-Out In Support Of Armenia, Virtually & On-Ground, In Nagorno-Karabakh Conflict?

Under the joint program which is also known as the Perspective Multi-role Fighter (PMF), a promise of $6 billion for research and development was made by India out of which $295 million were directly transferred in 2010. The original additional estimate for the production of over 144 such stealth fighters was $30 billion.

However, things didn’t go as envisaged by both New Delhi and Moscow.

Both nations decided to call-off the FGFA, with India deciding to put an end to the partnership after becoming increasingly frustrated and disappointed with the progress of the project from Russia’s end as well the major doubts surrounding the capabilities of the Su-57.

As a result, India decided to manufacture the fifth-generation fighter aircraft on its own under the Atmanirbhar Bharat Abhiyan initiative which stresses on the need for the nation to be self-reliant and find solutions within its national boundaries. However, New Delhi’s decision is believed to have significant ramifications for both countries.

Under the “Make in India” mission for promoting a “self-reliant India”, Modi has gone ahead with the Advanced Medium Combat Aircraft (AMCA) program, after seeing the United States, Russia and France going forward to develop their respective next-generation aircraft.

Additionally, there were reports that a decision was taken at the “highest levels” in order to “not repeat the mistakes” of the entire Sukhoi-30MKI jet acquisition programme from Russia, which cost India Rs 55,717 crore without any tangible assistance in developing indigenous fighter jets.

So, despite Russian pressure to ink the long-pending final R&D contract for the FGFA, India wanted to know whether it will get good value for the estimated $25 billion it will spend to induct 127 of these single-seat jets.

The two countries, incidentally, had inked the FGFA inter-governmental agreement way back in 2007, which was followed by a $295 million preliminary design contract in 2010 before the negotiations stalled. 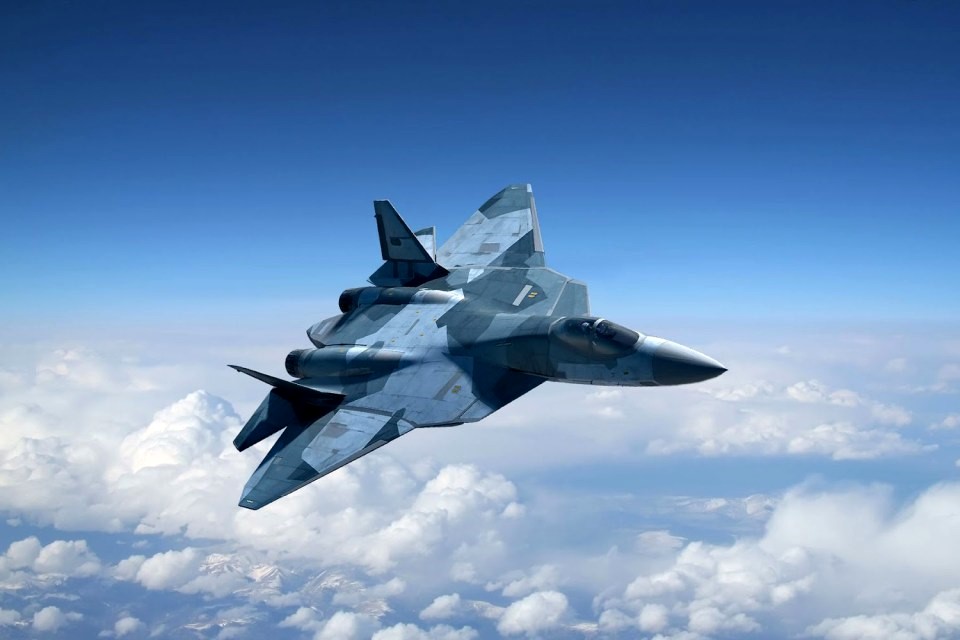 India laid down two essential prerequisites for the FGFA project, apart from examining its entire cost-effectiveness. One, there should be extensive technology transfer, including the “source codes”, to ensure India can in the future upgrade the fighter with the integration of new weapons on its own.

Second, it should directly help the indigenous FGFA project called the advanced medium combat aircraft (AMCA), the preliminary design work for which is now underway, as was earlier reported by TOI.

After India’s acquisition of the Rafale jets from France, work is already underway on fast-forwarding the scheme which had been pending for the last three years and now a detailed design for the program has been finalized, with better engines for the fighters still being sought.

The initial partnership with Russia was believed to be a highly exciting prospect with the possibilities seeming to be limitless. India had decided to work with Moscow after clinching the Rafale deal in 2016, with the Indian Air Force (IAF) planning to produce a fifth-generation jet on the basis of Su-57 to complement the Rafales.

Under the program, a total of 43 changes were to be made to the Su-57 which included adjustments to advanced sensors, networking, and combat avionics.

While India decided to put the scheme on hold in 2017 as a means to promote indigenization and lesser dependence on foreign technology, the country was unsure on over-investing in the Su-57 project which has had low observational characteristics.

According to Tyler Rogoway, writing for The War Zone – “A jet’s fan face produces a massive radar signature. Modern high-performance stealthy aircraft designs use ‘S’ shaped ducts to hide their engines from most or all line of sight aspects, with radar return scrambling baffles being built under the duct surface scrambling returns even more,”

60,000 Troops Deployed, No Point Of Talking To China – Is The US Warning India Of An Imminent War?

Some aircraft, like the Super Hornet, use a slotted baffle that covers the fan faces of their engine, which are hidden only partially by the aircraft’s duct shape. This measure reduces the aircraft’s frontal radar signature, but it is less effective than an s-shaped duct and may impact certain aspects of engine performance. Many other features on the T-50 also put a high level of low observability in doubt.”

This was in addition to the fighter being significantly more visible to radars from the side or rear aspect, making for a defensive fighter flying head-on towards the enemy jet at the edge of their radar coverage.

This was clearly not in accordance with what India had in plans, with New Delhi looking to gain strategic deterrence by acquiring a well all-rounded stealth fighter capable of penetrating defended enemy airspace to shoot down nuclear weapon sites.

Furthermore, the Indian Air Force was not satisfied with the Su-57’s performance and doubted it could be improved at an affordable cost. Doubts were prevalent over the reliability and 360-degree search capability of the fighter jet’s N036 Active Electronically Scanned Array radar.

Moreover, India had also been unsatisfied with the fighter jet lacking a modular engine, leading to fears that the turbofans would rather have to be shipped to Russia for maintenance than within the country’s boundaries.

Saab Re-Pitches Its Gripen Jets To India; Offers A Magnanimous Deal Under ‘Make In India’

With India already sharing the same history with the increasing maintenance costs of MiG-29 and Su-30 fighters currently serving the air fleets of the Indian Air Force and Navy, New Delhi became wary of repeating the same mistake with the Su-57s.

According to Franz-Stefan Gady, writing for The Diplomat, the dissatisfaction on the side of India also led to delays in the program.

“Delays were caused by New Delhi and Moscow disagreeing over many fundamental aspects of the joint development project including work and cost share, aircraft technology, as well as the number of aircraft to be ordered. After evaluating the first PAK FA T-50 [Su-57] prototype (the Russian prototype of the PMF), the [ IAF] wanted more than 40 changes addressing, among other things, perceived weaknesses in the plane’s engine, stealth, and weapon-carrying capabilities,” said Gady.

US Leads, But Russia Slips To Third Position In The List Of World’s Largest Defence Exporters

With a fifth-generation aircraft like the US F-35 providing President Donald Trump aerial prowess like no other nation, it seems India did not want to settle for second-best with it accentuating on a fighter with better engine and stealth capabilities.

However, according to Victor N Kladov, Director of International Cooperation and Regional Policy of Russian State Corporation, Rostec, the Su-57 fighter fulfils all those requirements.

“It is a very versatile, multi-role advanced aircraft that can perform a wide range of tasks, air to air, air to surface, maritime, it can perform together with UAVs. It is absolutely a new level of defence technology,” said Kladov.

With neighbouring China sailing ahead with indigenous fifth-generation fighters and having already begun works on a sixth-generation mysterious fighter as well, India knows it can’t wait and rely on Moscow to rectify Su-57’s discrepancies.

According to defence writer, Joseph Trevithick – “It has seemed increasingly clear that the underlying Su-57 design might simply not be readily adaptable to being stealthier than it is in its present form.

India may also feel that it has less flexibility to accept a design that doesn’t meet more stringent low-observability requirements, even if it has other features that could offset those deficiencies in the near term, on the promise of receiving a stealthier variant in the future.”