Russia is upgrading some of its Sukhoi Su-33 carrier fighter, specifically, those airframes that have sufficient lifetime remaining, so as to keep them operational until 2025, as per Major General Igor Kozhin, chief for aviation with the Russian Navy.

The Russian Navy was provided with 30 Su-33s before their production was terminated in 1999. Of the 30, 20 have undergone the “first phase” of the modernization at the Sukhoi manufacturing plant in Komsomolsk-upon-Amur, and Aircraft Repair Plant no. 20 in Pushkino.

While the first upgrade consists of satellite-aided navigation, a new radar warning receiver, and the SVP-24-33 computing system for accurate strikes with free-fall bombs, the second upgrade will extend the Su-33’s arsenal through the addition of precision-guided munitions.

The Su-33 was not only “too big” for comfortable mass-operation on Russia’s Admiral Kuznetsov carrier but lacked the full range of payload delivery features necessary to fulfill its purpose.

It was conceived in the later stages of the Cold War when Soviets planned to counter vast Eurasian frontiers and compete with (North Atlantic Treaty Organization’s (NATO’s) carrier strike groups.

The decision to develop a twin-engine, two-seat, multirole fighter aircraft for all-weather, air-to-air, and air-to-surface deep interdiction missions, basically a carrier-based variant of Su-27 Flanker which was rebranded as Su-33, was made in the 1970s. 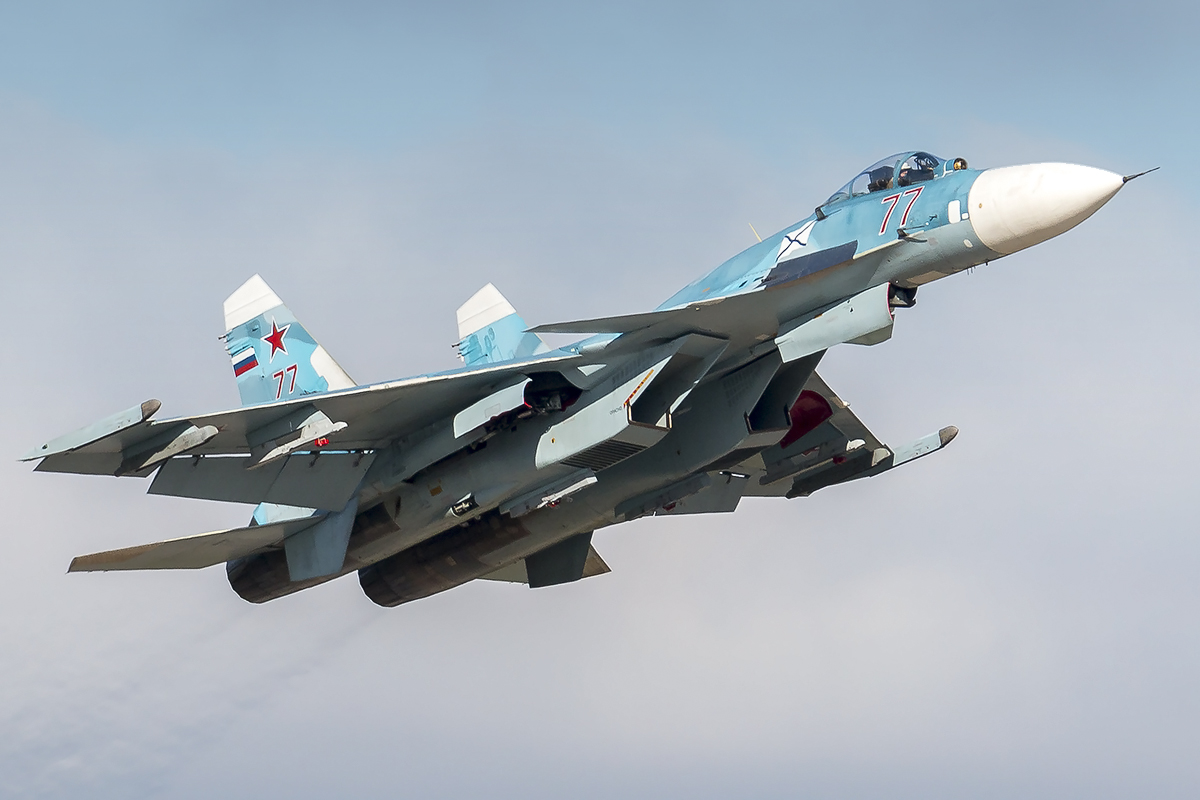 As per Mark Episkopos, writing for the National Interest, the Su-33 unmistakably remains an air superiority fighter, despite haphazard attempts to outfit it with anti-ship missiles.

Despite its own drawbacks, China had bought an unfinished Su-33 prototype from Ukraine to build its only carrier-based fighter, J-15, which was even worse.

China’s off-brand Sukhoi fighter is underpowered and has unreliable engines. Plagued by engine issues and other mechanical problems, the J-15 met four accidents.

While the Western media continues to highlights the failures of Su-33 as being a carrier aircraft due to its size, a video released in 2019 shows the first-ever landing of the Sukhoi Su-27K (Su-33) carrier-based jet fighter on the Admiral Kuznetsov aircraft carrier.

Zvezda, a TV network run by the Russian Ministry of Defence, had published the video on YouTube.

The Russian media had stated that the “complex tasks related to construction, durability, aerodynamics, control systems, navigation, weapons” were solved when designing the fighter.