In the backdrop of US-Afghan Peace talks in Doha, Pakistani Prime Minister Imran Khan said that while the peace talks are still going on, the US troops withdrawal from the conflicted region should not be hasty.

In a column published in the Washington Post, Imran Khan laid down the importance of peace in Afghanistan saying that “progress could be slow and painstaking” however “a bloodless deadlock on the negotiating table is infinitely better than a bloody stalemate on the battlefield.” 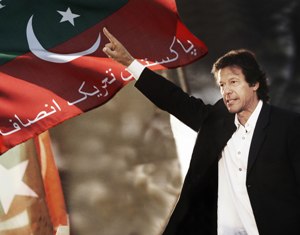 After the 9/11 attacks, 19 years ago, that led to the US deploying troops in Afghanistan, a peace deal was signed by the Taliban which would consequently lead to the withdrawal of the troops from the region.

It hit a roadblock when Kabul claimed “no reduction of violence” as agreed before, and held back the release of prisoners. Part of the peace deal included the release of 5,000 Taliban prisoners which the Afghan government reluctantly agreed.

The pressure from the US broke the deadlock and the prisoners were freed in batches by the Afghan government. In return, 1000 political prisoners were also released by the Taliban which included soldiers as well.

The US has been withdrawing forces from the region as accepted in the deal. According to the agreement signed on February 29, Washington committed to withdrawing troops and bringing the total numbers down to 8600 from 12000 in 135 days. It would further go down to 4500 by late October or early November.

Analysts believe that US President Donald Trump’s hasty decisions are in consequence of the US Presidential elections to be held in November. The peace agreement (by Washington) demonstrates the unprecedented political determination of the United States administration to leave Afghanistan.

“All those who have invested in the Afghan peace process should resist the temptation for setting unrealistic timelines,” warned Khan in his column. “A hasty international withdrawal from Afghanistan would be unwise.

We should also guard against regional spoilers who are not invested in peace and see instability in Afghanistan as advantageous for their own geopolitical ends,” he added.

Khan has been reiterating his support for peace in Afghanistan which is a stepping stone for “real peace” in Pakistan. He emphasised that since 9/11, more than 80,000 Pakistani security personnel and civilians have laid down their lives in perhaps “the largest and most successful fight against terrorism.”

He added that, however, Pakistan continues to be the target of attacks launched by externally enabled terrorist groups based in Afghanistan.”

Earlier, in an interview, Khan stated that he strongly felt that Pakistan should have been neutral. “In the end, we were blamed for the Americans not succeeding in Afghanistan,” he said. “I felt it was very unfair to Pakistan.”

However, Washington has greatly appreciated Pakistan’s role in the peace talks saying that “it could not have succeeded without Pakistan’s sincere and unconditional support.” Pakistan has been lauded for pursuing the Taliban leaders to negotiate and strike a deal for peace and prosperity of Afghanistan.

“When President Trump wrote to me in late 2018 to ask for Pakistan’s assistance in helping the United States achieve a negotiated political settlement in Afghanistan, we had no hesitation in assuring the president that Pakistan would make every effort to facilitate such an outcome — and we did,” wrote Khan.

He concluded saying that Pakistan is committed for regional peace and stability and the agreement signed in Doha is only the first step, adding that the peace process should be continued until the desired result is achieved.