With its eyes on China, the US Department of Defense (DoD) will build an alternative military base on Tinian island, located about 200 km from Guam.

Tinian is one of the three principal islands of the Commonwealth of the Northern Mariana Islands (CNMI), which was seized from Japan by the US during World War II. The island is used as an alternative landing site if the Anderson Air Force Base in Guam is hit by a natural calamity or during a war.

According to media reports, DoD has been in talks to develop airstrips and other facilities, however, now the plan is set in motion.

The infrastructure of the Tinian airport will be upgraded to support up to 12 tanker aircraft, said a 2016 report by Stars and Stripes. It further added that regular exercises would take place at the airfield, up to eight weeks each year. 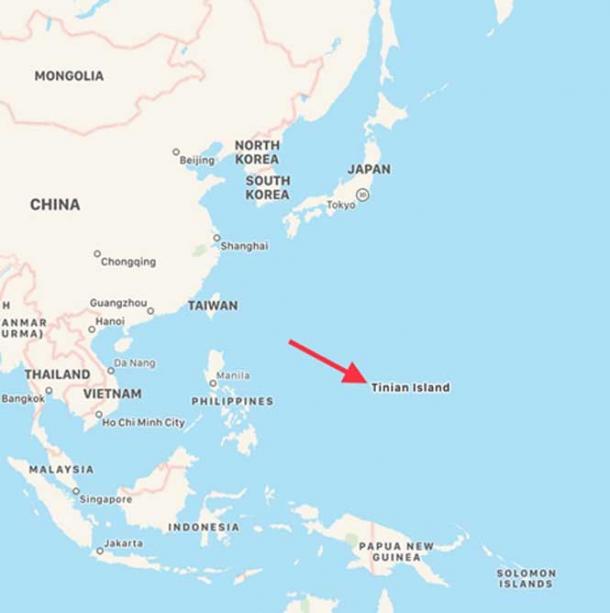 “The divert initiative in CNMI will create the only divert airfield in the Western Pacific and provide the US Air Force the capability to conduct either temporary or sustained refueling operations from an additional location in the region,” Gen. Mark Welsh, chief of staff of the Air Force, said in a statement earlier. “It will also give us another location to use when supporting contingency or natural disaster responses in the region.”

Guam – A Strategic Military Base

The island of Guam serves as a strategic military facility including the airbase, which would be key to responding to any conflict in the Asia-Pacific region. Its long runways and extensive aprons could accommodate hundreds of aircraft.

Chinese military planners are well aware of the base’s value to the United States. They’ve spent decades devising means to attack it. However, Guam is prone to natural disasters and the development of Tinian would provide an alternative in such cases.

Tinian already has an airfield called the North Field. The historic airfield was used during World War II but was later left as the focus was shifted to Guam. Unlike Guam, it cannot be used to host fighter jets and bombers anymore.

However, the West Field, Tinian’s actual airport, is capable of hosting fighter jets. Arresting gear systems have been deployed to safely operate groups of fast jets from the airfield for training purposes in the past, reported The Drive.

The report added that the US Air Force has deployed F-15 Eagles for operational training however, due to the small size of the facility it cannot sustain military aircraft operations for a long period of time.

Amid escalation of tensions between the US and China over the South China Sea issue, China’s People’s Liberation Army Air Force (PLAAF) earlier released a video that showed nuclear-capable H-6 bombers attacking, what appeared to be, US’ Andersen Air Force Base in Guam.

The new H-6 Bombers had also made their appearance in the South China Sea and practiced attacks on surface ships, long-distance strikes besides night landings, and surveillance missions.