The US Navy boasts the world’s largest carrier, the USS Gerald R. Ford (CVN-78), that was commissioned in service in 2017. Despite being commissioned three years ago, it is still marred with various technical problems and is expected to be deployed in 2024, which was originally planned in 2018.

Currently, the US Navy has a fleet of 11 CVNS including ten Nimitz-class carriers (CVNs 68 through 77). The first in class, nuclear-powered aircraft carrier, has made progress including reaching key milestones such as its Air Intercept Control (AIC) in her Post-Delivery Test and Trials (PDT&T), noted The National Interest.

Built by Newport News Shipbuilding, Gerald R. Ford-class is the future aircraft carrier replacement class for Enterprise and Nimitz class aircraft carriers for the US Navy.

It has two nuclear reactors along with four shafts and can reach the speed of 30+ knots. It will provide the core capabilities of forward presence, deterrence, sea control, power projection, maritime security and humanitarian assistance.

However, the carrier is facing technical issues and delays since the construction began in 2005. The Advanced Weapons Elevators, designed to reduce the time it takes to get bombs armed and to the flight deck to mount on aircraft, have been troublesome and contributed to the downfall of Navy Secretary Richard Spencer, reported Defence News.

It further said that the Ford is currently executing a busy underway schedule supporting carrier qualifications for aviators while it works through issues relating to at least 23 new technologies that have been incorporated into the ship. 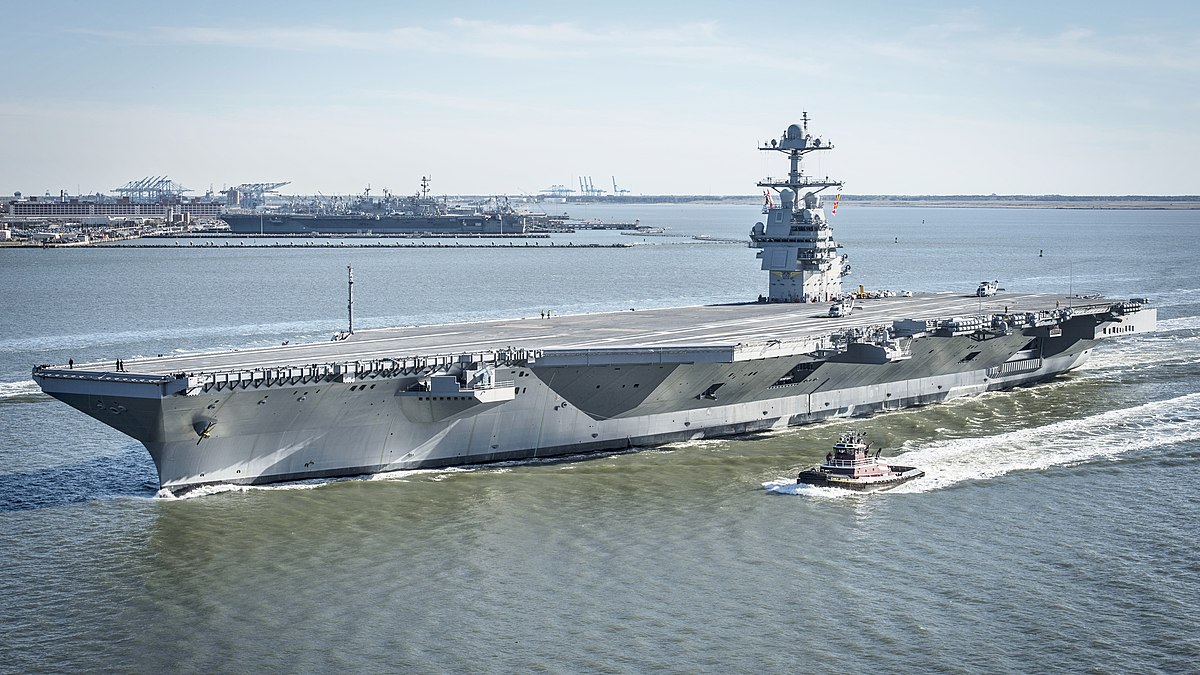 Another potentially concerning issue is the new Electromagnetic Aircraft Launch System (EMALS) that underperformed because of fault in the power supply system. “EMALS is replacing the steam catapult system that is currently used on the U.S. Navy’s Nimitz-class carriers.

The fault in the electrical system curtailed flight operations on the ship for several days while the crew along with contractors worked to identify the issue,” explained Peter Suciu of The National Interest.

However, an internal Defense Department “information paper” prepared by the Navy sees just a 20% chance that the USS Enterprise and USS Doris Miller will meet those goals, reported Bloomberg.

“A 20% confidence level is low, even compared to the fairly low confidence levels that the Navy has shared for aircraft carriers in the past,” said Ronald O’Rourke, the naval analyst for the Congressional Research Service.

The report further added that the cost-confidence paper on the carriers, dated June 10 but not previously made public, estimates that the second of the four carriers in the class, the USS John F. Kennedy, which is more than 70% complete, has a 36% chance of meeting its cost target.

While the US is winning the race for fielding the most advanced carriers, the technical and financial issues are still plaguing Pentagon’s plans before it becomes a reality.