India is clearly on cloud nine after signing BECA with the US, as now, India is to be on an equal turf with China and has an even greater advantage against Pakistan. The signing of BECA means the US is now firmly with India against all threats.

The US through India will contain China and India will teach Pakistan a lesson by solving the issue of Kashmir for all times to come. India and the US have a convergence of interests, which is most arguably, the foremost lifeline project of China i.e. China Pakistan Economic Corridor (CPEC), which the US and India want to destroy at all costs. India with US help will also be able to ‘put the record straight’ with China of its 1962 war.

Mike Pompeo came to India barely a few days before the 3 November US elections to sign the BECA deal with India, which shows the importance the US is giving to the partnership, no matter what the US dispensation be.

This is on the sidelines of the US planning to move out of Afghanistan after ‘privatizing’ or ‘renting’ the war to Blackwater forces and the leftover remnants of Ashraf Ghani government against the Afghan-Taliban, which of course, will be a great help to India as the country considers Afghan-Taliban to be a scourge for their sentiment over Kashmir.

The stakes in the US are highly in favor of Donald Trump, who has already threatened not to relinquish power in case he loses. Thus, it is not a hard guess to make that Pompeo is soon going to visit Pakistan and with a renewed ‘stick-and-carrot’ approach, but this time it would brood more on a threat. 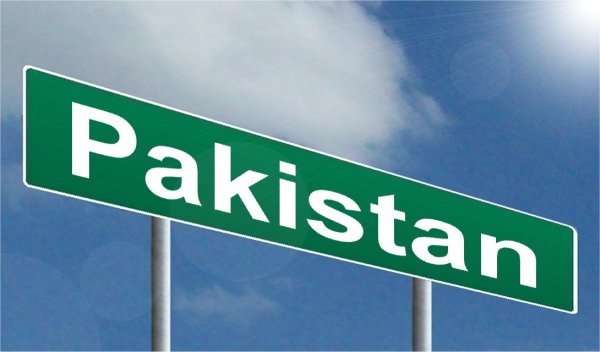 The US will seek Pakistan’s withdrawal from CPEC and leave China in a lurch, and in exchange, the country would also offer alternative aid or development projects, etc. This is where Pakistan will be thrown between a rock-and-a-hard-place, and hence, would confront a new existential crisis, but owing to Pakistan’s stand, since August, when it distanced itself from Saudi Arabia over the Kashmir issue, and the help with which China has always stood with Pakistan, it is expected that the Islamic country would no more sing to the tunes of Washington.

No wonder, the clock has turned back to the days when after the Afghan war with the Soviet Union had ended and Pakistan’s role to help the US in it had concluded, the real objective of the US had shifted, which was to contain China through India.

Which explains why the then US President Bill Clinton, had readily abandoned Pakistan to visit India for five days, and only after intense lobbying Clinton had obliged to also visit Pakistan for a mere five-hours.

The world polity stands exactly on the same juncture, albeit, after a lapse of 20 years, marred by the fallout of the ‘war on terror’ which started after the 9/11 attacks and ended up with the most horrendous ‘death-and-destruction’ of Afghanistan, Iraq, Pakistan, Syria, Libya, and Middle-East, with the exception of the stupendous rise of Israel.

India, after BECA, has to a large extent given a quid pro quo to China against the ‘clouds of war’ in immediate coming winters, as now the US would fully gear up to meet China, which will soon be followed by sanctions against the belligerent country.

These events would eventually engulf Pakistan, and its fallout is also expected to be first focused on the promised railway track which China wants to carry from its Kashgar province to the Gwadar port, Balochistan, which is the tail end of its CPEC.

Then a war between India and China may soon ensue on Gilgit-Baltistan, inside Pakistan, as that is where the gateway to CPEC lies, for choking Chinese exports to reach central Europe, Middle-East and the western world, as straits of Malacca is where the US had already set its stations, along with India, to block Chinese goods from traveling.

In this new developing scenario, Russia has given 121 combat helicopters to China, on ​21 ​October 2020, according to RussianAviation, to counter the joint India-US bonhomie.

This duo has also answered China which had made Nepal release a map that ‘shook’ India and the same ‘shock’ has been given to Pakistan by KSA, which has ​axed GB and Kashmir from Pakistan map on its 20 Riyal banknote.

The Saudi economy depends on oil and its largest importer is China, which has already relegated the country to the third position, resulting in the Islamic country’s economy plummeting to a downslide, as has been debated by EnergyVoice on 2 September 2020. The report explains how the Saudi economy is in a deep recession and its oil market collapsing because of the China move.

How India-US and China-Pakistan-Russia are to assimilate to the new situations after the US elections is now quite well-written on the wall, already China has been constrained in its South China Sea. And it is yet to be seen if Pakistan goes ahead with forming its new bloc with Turkey, Iran, and Malaysia as its long-term ally KSA is now with India, US, and Israel.

The writer is a former State Information Commissioner, India. He is a media analyst and writes on international issues. VIEWS PERSONAL