With India looking to add more firepower to its air force, the Russian MiG-35s are one of the key contenders for the Indian Air Force. However, western experts have called the Russian MiG-35 jets a ‘dead duck’.

The export of MiG-35 has been hampered by the delay in testing, high costs, and poor performance in comparison to Su-27, Su-30 and MiG-29, according to experts.  Western experts have labelled the Russian MiG-35 fighter jet a ‘dead duck’. In doing so, they have also sent an indirect signal to India and other nations against the purchase of Russian MiG-35s.

The MiG-35 is a new export variant that combines the modern systems of the MiG-29M2 with an active electronically scanned array (AESA) radar and manufactured by Mikoyan. The fighter plane has the thrust vectoring of the MiG-29OVT as an additional option.

One of the primary reasons why the MiG-35 has rarely been ordered by foreign countries is due to the delays in testing. While the MiG-35 enterer development in 2014 thanks to defence ministry funding, the fighter is still undergoing its mandated state flight-test campaign. It had been hoped that trials would be completed by late 2018 or early 2019 but the date has not been pushed to 2021.

According to Thomas Newdick, the requirement for a fighter like MiG-35 looks increasingly questionable. With just one frontline MiG-29 unit remaining in the “lightweight” fighter order of battle, it’s hard to see exactly where the MiG-35 fits in. Rather than trading legacy Fulcrums for brand-new MiG-35s, some squadrons have switched to the “heavyweight” Su-30SM Flanker instead. 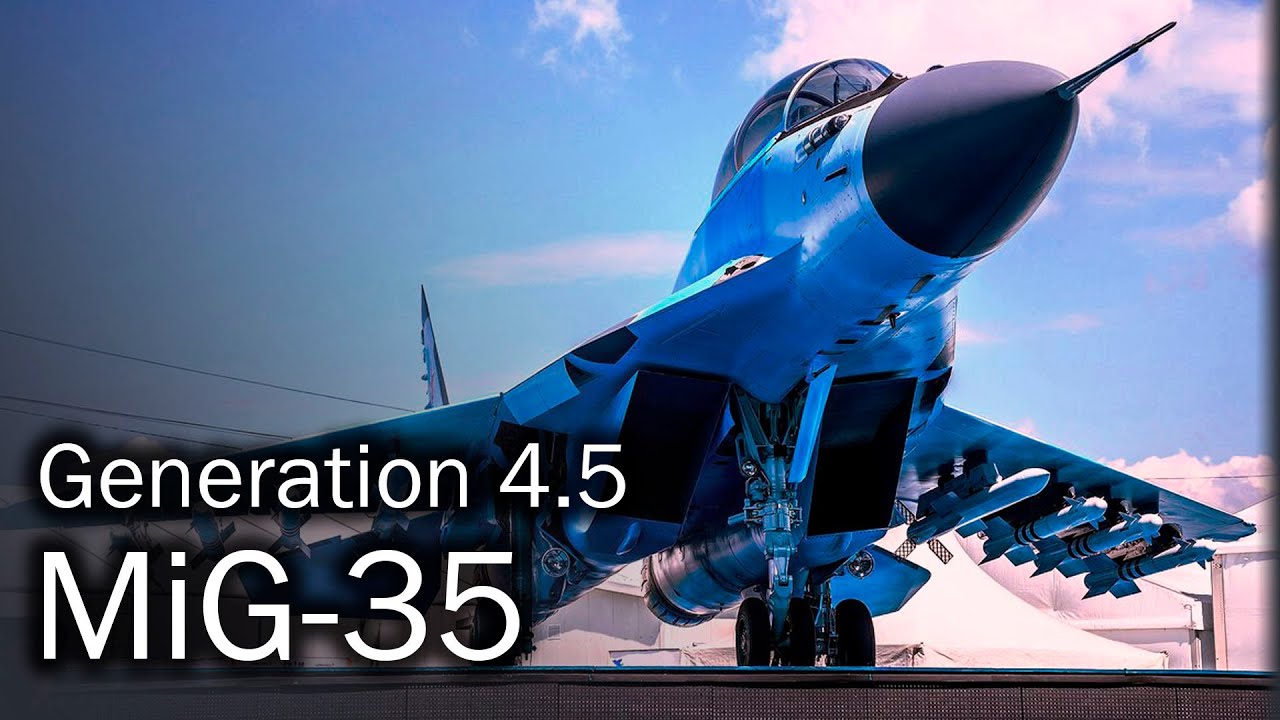 Additionally, when it comes to the price tag, the difference between “lightweight” products from Russian Aircraft Corporation MiG and the “heavyweight” offerings from the Sukhoi shelter can be overstated. Even in its original form, the cost of a basic MiG-29 was 80% that of the Su-27 Flanker.

The MiG-35 is a far cry from the basic and strictly limited capability MiG-29. The advanced cockpit is furnished with three colour liquid-crystal displays as well as a monochrome head-up display (HUD). The fighter’s Phazotron-NIIR FGM-129 Zhuk-M radar — inherited from the carrier-based MiG-29KR/KUBR — features a mechanically scanned slotted-array antenna rather than an AESA.

Although the MiG-35 has had its problems and does not make a great addition to the Indian Air Force (IAF), but remains a capable jet.

The MiG-35 features a modern self-protection suite in which a radar warning receiver is combined with a missile approach warning system (six ultraviolet sensors to ensure 360-degree coverage) and two wingtip laser warners. The suite can be complemented by an external radar jamming pod.

The latest-generation armament also includes both air-to-air and air-to-ground stores, among them the RVV-SD air-to-air missile, an improved version of the R-77, with active radar seeker for engagements at beyond visual range.

Alongside the full range of conventional air-to-ground weapons, new-generation precision-guided stores include the modular Kh-38 air-to-surface missile and the Grom family of glide munitions.

While most Russian fighter jets have found buyers easily, the MiG-35 has been extremely troublesome to export. Even the Russian Air Force has been hesitant to add the MiG-35 jet to its fleet.

According to experts, the MiG-35 has not interested buyers because other Russian jets have performed incredibly well. Jets such as Su-27, Su-30, MiG-29 and MiG-21 have proved to be agile and dependent and have become the mainstay in foreign air forces.

For example, in February 2017, Armenia decided to replace its MiG-29s with MiG-35s. However, with no follow-on contract signed, delivery of the jets to the air force’s Armenian outpost has become an increasingly remote prospect. More recently, it’s been suggested the base will start to receive the Su-30SMs instead.

A similar scenario unfolded with Egypt. Cairo decided to purchase Mig-35s but then changed its mind and purchased MiG-29s and Su-35s instead.

The MiG-35 was also a contender with the Eurofighter Typhoon, Boeing F/A-18E/F Super Hornet, Dassault Rafale, Saab JAS 39 Gripen, and General Dynamics F-16 Fighting Falcon in the Indian Multirole Combat Aircraft (MRCA) competition for 126 multirole combat aircraft to be procured by the IAF.

During the competition, however, India’s Ministry of Defense was frustrated with the problems of the aircraft’s avionics with the radar not able to achieve the maximum targeting distance during tests. Also, the RD-33MK engines were not shown to reach sufficient thrust. As a result, the MiG-35 was ousted from the contest in April 2011.

The aircraft is now competing with 6 other aircraft in a fresh tender which is referred to as MMRCA 2.0 in the Indian media, for the procurement of 114 multi-role combat aircraft.

Without a doubt, the MiG-35 is a capable fighter, but prospects for the new-generation Fulcrum with the Russian Aerospace Forces appear slim. Combined with the continued ascendancy of the Flanker, and with the all-new Su-57 waiting in the wings, it’s becoming increasingly hard to make the case for a large-scale MiG-35 order.

Previous articleRafale Jets Prepare For Action Against China; Practices Air-To-Ground Bombings
Next articleFrom Pakistan To China, India Getting Entangled In ‘Water Dispute’ With Both Islamabad & Beijing