Headquartered in Falls Church in the state of Virginia, Northrop Grumman stands as one of the world’s most competent aircraft manufacturers alongside Lockheed Martin and Boeing, in helping the US reach the elite status in blending years of technological expertise with futuristic airframes to create modern combat aircraft.

Already renowned for fielding the B-2 Stealth Bomber and the underdevelopment stealth bomber was known by the name of B-21 Raider, Northrop had once built a fighter jet which was considered a pioneer in innovation, an experimental aircraft whose legacy is still seen in the advanced stealth fighter pair of F-22 Raptors and F-35 Lightning II, developed by Lockheed Martin.

In the early 1980s, Northrop gave birth to an unusual yet highly innovative experimental aircraft, which went around by the name of X-29. Its forward-swept wings were mounted well back on the fuselage, while its canards were in front of the wings instead of on the tail. 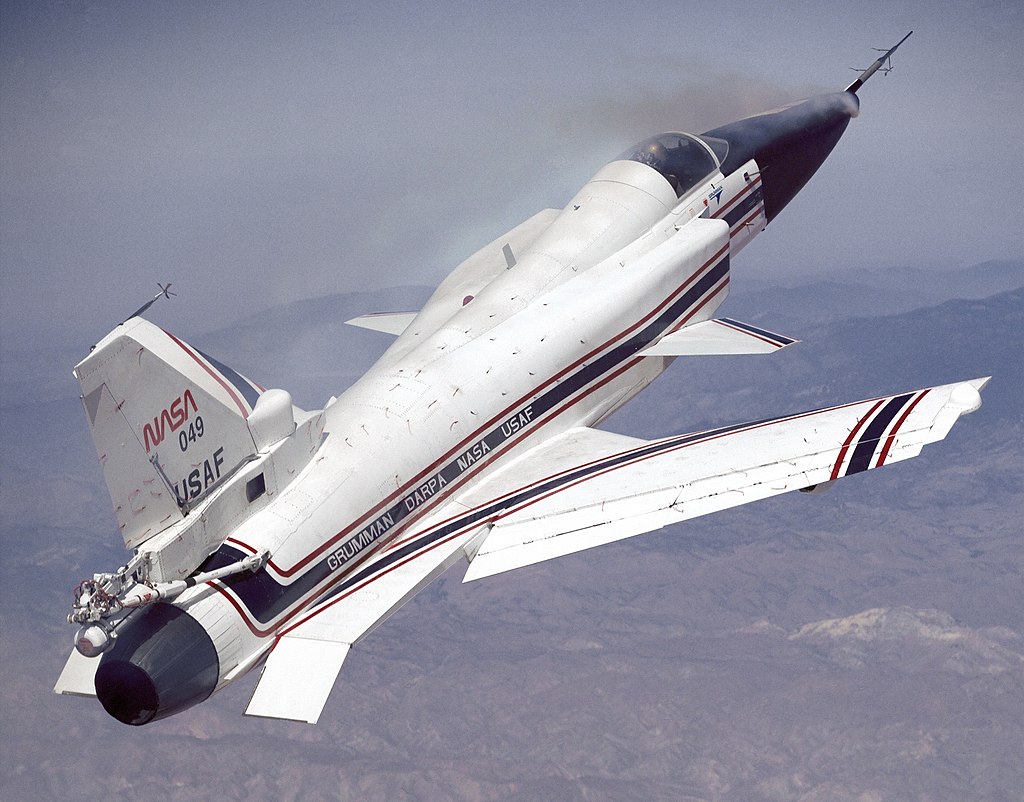 According to NASA – “The complex geometries of the wings and canards combined to provide exceptional maneuverability, supersonic performance, and a light structure. Air moving over the forward-swept wings tended to flow inward toward the root of the wing instead of outward toward the wing tip as occurs on an aft-swept wing. This reverse airflow kept the wing tips and their ailerons from stalling at high angles of attack (direction of the fuselage relative to the airflow).”

The fighter which was developed for being used by the US Air Force and NASA was used to test a forward-swept wing, canard control surfaces, and other novel aircraft technologies.

“The X-29 was a conspicuous showcase of unusual and, in some instances, forward-looking design decisions: a digital fly-by-wire system, aeroelastic tailoring, front-mounted canards, composite materials used throughout the aircraft, and— most controversially— forward-swept wings,” says Mark Episkopos, National Security Reporter for the National Interest.

The need for the X-29 arose out of the need to design an American plane of the future under which there was a mix of all the latest design concepts and cutting-edge engineering techniques to form one experimental fighter jet.

Following the planning, in 1981, the US Air Force collaborated with NASA and Defense Advanced Research Projects Agency (DARPA) granted Northrop Grumman with a massive contract worth $87 million to build two experimental, X-series aircraft, following which the two X-29s were successfully flight tested a decade later.

The X-29s owing to their unique aerodynamic designs and forward-swept wings offered the US Air Force great maneuverability. Christian Gelzer, chief historian at the NASA Armstrong Flight Research, while speaking to CNN, said,

“At the time, this maneuverability was believed to be absolutely essential to fighter superiority. If your airplane is going to stall before mine, I can shoot you out of the sky in a heartbeat.”

After having its first flight in 1984, the X-29 began a NASA test program under which it proved its reliability and within two years had flown research missions of over three hours involving multiple flights.

“The X-29 flew a total of 422 research missions, generating rafts of aerodynamic and aircraft engineering data on everything from canard placement to vortex flow control (VFC) technology, handling under extreme instability, and airfoil design,”

The X-29 not only pushed the boundaries of aerodynamics with a slew of new and extreme design features but unlocked a veritable trove of advanced aircraft engineering insights.” said Episkopos.

However, despite their potential having no ceiling at the time, both experimental aircraft were retired to museums with one resting at the National Museum of the United States Air Force in Ohio, and the other is at the NASA Neil A. Armstrong Flight Research Center at the Edwards Air Force Base in California.

So, what went wrong for the futuristic X-29s?

The primary reason was its extremely stall instability along with a high risk of a structural failure. The aircraft’s forward-swept wing designs were considered so dangerous that advanced computer systems were needed for its operability.

Gelzer says: “It was unflyable — literally — without a digital flight computer onboard, which made corrections to the flight path 40 times a second,”

“If all three of its onboard digital flight computers failed at the same time, the X-29 would have torn itself apart so quickly that the pilot wouldn’t even have had a chance to eject himself.”

It is considered a shame that the advancements in thrust vectoring technology would have saved the aircraft by offering similar aerodynamic benefits at a considerably lower risk.

However, while the aircraft is no longer in function, some of its features including the wide-ranging use of composite materials to reduce its overall weight, are now and industry-standard across commercial and military aircraft of the 21st century.