With The Elimination of Burhan Wani Group, Is Rebellion Coming To An End in Kashmir?

The Burhan Wani group is almost eliminated with the killing of Lateef Tiger. Everyone remembers the picture of Burhan Wani group which was clicked somewhere in an apple orchard showing a group of 11 militants with their young commander – Burhan Wani, and all wearing combat dresses and holding AK-47 rifles. Now, with all the members of the group being eliminated, is it the beginning of the peace process in Kashmir?

Terrorism Will Be Rooted from Kashmir with Elimination of Zeenat-ul-Islam, Zakir Musa and Riyaz Naikoo: Army Chief

This was probably the first time, the new age militants had revealed themselves to the world including the Indian security agencies. Eventually, hundreds of aspiring rebels left their homes and followed the trend set by the group. But as the Indian security forces intensified their hunt against the militants, the members of the Burhan group were killed one by one.

Lateef survived the biggest anti-militancy crackdown that was started by security forces in the Valley after the 2016 summer uprising. Lateef even figured in the list of 10 most wanted commanders that was released by the army in May 2018. Like Hizbul Mujahideen operational chief Riyaz Naikoo, the security grid in Kashmir had little information about his movement. 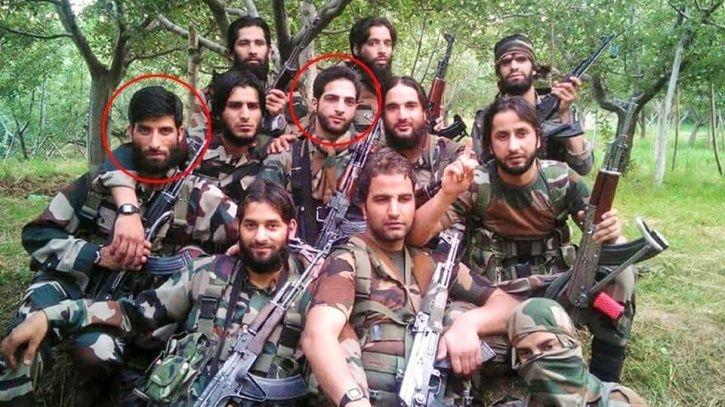 But early on Friday morning, reports came in claiming that Lateef had been trapped in a cordon along with his two associates. By early afternoon, the police confirmed the news: the only surviving militant of the Burhan  Wani group, Lateef Tiger, had been killed in Adkhara village in Shopian.

The houses where Lateef and his two associates were hiding was also blown up by the security forces. The other two killed militants have been identified as Tariq Ahmed Sheikh and Shariq Ahmad Nengroo, both from Shopian.

Lateef was involved in multiple attacks on security forces in south Kashmir, the police official said, describing his killings as “big success” for the forces. In 2014, before he joined militancy, Lateef and his friend Ishfaq were picked up by J&K police in a case related to the killing of an elderly man, the father of a village head. More than a month later, the duo was released on parole. But they jumped the parole and left home, never to return again. Today, Lateef’s body, draped in a shroud and carried by hundreds of youth chanting pro-freedom slogans, was brought home one last time.

Experts that EurAsian Times talked to stated that slowly and steadily, the rebellion will die a slow death. People have somewhat realised that picking up guns and then getting killed sometimes within 24 hours is not working. If the Kashmir dispute needs to be resolved, then is no other solution than talks and with Pakistan being cornered by UN and Masood Azhar being declared a global terrorist, we can expect the rebellion in Kashmir to slow down.

Previous article
Has Sajjad Gani Lone Taken a Right Step By Entering Mainstream and Defying The Separatists? OpEd
Next article
US To Kick-Out Turkey From F-35 Jet Program After S-400 Deal With Russia