There are only a handful of countries that have developed their own aircraft carriers. Even fewer have the jets that could actually take off from these carriers and engage in combat over the seas.

India is set to induct its first indigenously developed carrier, IAC Vikrant, sometime this year. This is the country’s second aircraft carrier in addition to the Indian Navy’s existing INS Vikramaditya.

The most popular clearly appears to be the Lockheed Martin F-35 jet which is operated by (the UK, Italy and the US + Japan) followed by MiG-29 (India and Russia). India is in the process of acquiring another naval fighter jet as the air force is evaluating French Rafale-M and F-18 Super Hornets.

F-22 Raptors: US To Deploy Its Most Powerful Fighter Jets To The UAE Amid Rising Tensions In The Middle-East – CENTCOM

But the number of advanced naval-variant fighter planes is not very large. Here’s a look at some of the finest carrier-borne jets in the world. 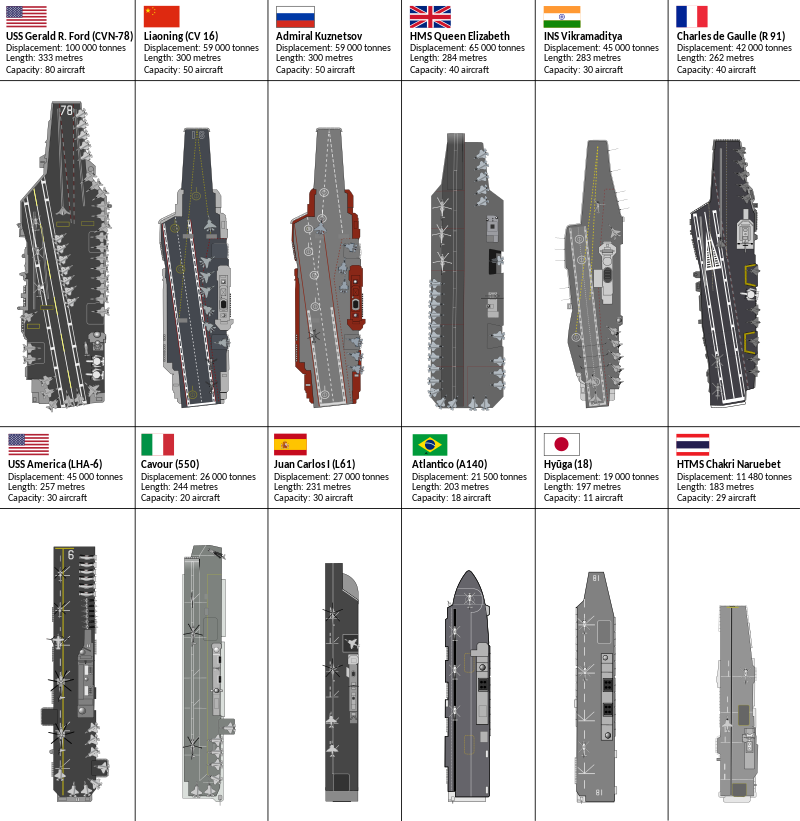 Russia currently has just one aircraft carrier in service, the Admiral Kuznetsov which was commissioned in 1991. The Russian Navy has two very popular and advanced carrier-based fighter aircraft- the Mig 29K and the Su-33.

The MiG-29K/KUB is a multi-role aircraft designed to carry out fleet air defense missions, engage air targets in any weather conditions and destroy ground targets. It is capable of combat air patrol, air target interception and destruction, striking against surface targets, air support of troops and landing forces, battlefield air interdiction, and aerial reconnaissance. The aircraft is equipped with multi-function radar and various cutting edge missiles that boost its superior firepower.

According to a report by RIA Novosti, MiG Corporation (part of the state-owned Rostec) is working on the creation of a stealthy 5th-generation carrier-based fighter jet. The aircraft’s prototype should be ready “in the next several years,” according to the company.

India also operates MiG-29Ks from its Soviet-era aircraft carrier Vikramaditya. However, it is now in the process of testing a new multi-role carrier-based fighter for its indigenously developed carrier Vikrant that is undergoing critical sea trials and will be inducted in August this year.

The Sukhoi Su-33 is an air superiority combat aircraft that was created keeping the Russian Admiral Kuznetsov heavy Aircraft Carrier in mind. A descendant of the Su-27, it is a single-seat multi-role fighter aircraft with a carrier-based conventional take-off and landing (CTOL) capability.

The Su-33 can use missiles and rocket bombs to kill hostile airborne targets, provide fire support, and destroy land and sea targets. It also renders escort, reconnaissance, and laying of minefields missions.

The Su-33’s airborne warning and control system is used to autonomously detect, track, recognize and spot up to 10 aerial and ground-based targets and this aircraft is capable of taking out enemy aerial objects with its superior firepower including air-to-air missiles, unguided missiles, guided missiles, cluster bombs, and electronic countermeasure pods.

The US Navy has the world’s largest carrier fleet with 11 nuclear-powered ships, each carrying roughly 80 warplanes. The service also boasts two of the world’s best carrier-based fighter jets — the Super Hornets and the F-35 stealth fighter jets.

The US Navy last year received the upgraded Super hornets in the Block III variant. The Block III Super Hornets come with shoulder-mounted fuel tanks that can accommodate up to 3500 pounds (1587 kg) of additional fuel. This will help to reduce drag and allow the aircraft to fly for longer periods of time and carry greater weight.

The F-35C is the first and only long-range stealth strike jet in the world manufactured specifically for US Navy carrier operations. The F-35’s exceptional “very low observable” stealth performance is due to its configuration, embedded sensors, internal fuel and weapons capacity, aligned edges, and state-of-the-art manufacturing methods. This improves lethality and survivability by allowing pilots to avoid hostile detection and operate in anti-access and disputed areas.

The F-35 can serve as a combat manager and intelligence, surveillance, and reconnaissance capability, sharing data with all networked ground, sea, and air forces in the battle-space.

Catapult launches and fly-in arrestments onboard military aircraft carriers are possible because of the F-35C’s wings and landing gear configuration. The aircraft can operate at supersonic speeds even with a full internal weapons load.

The People’s Liberation Army Navy (PLAN) has two aircraft carriers in its arsenal, the Liaoning and the Shandong. A third aircraft carrier, Type 003, is under construction. China operates J-15 as a carrier-based fighter.

The Shenyang J-15 is an air superiority fighter plane known as the Flying Shark. Russia alleged China had violated intellectual property agreements by developing its own version of the Sukhoi Su-33 fighter plane. The Flying Shark comes in two versions: a single-seater and a twin-seater.

This fighter plane is also capable of carrying a variety of munitions, including guided bombs. The J-15 can be outfitted with an external in-flight refueling probe, which can be utilized to expand the operational range of the carrier-based fighter.

Meanwhile, China is working on a next-generation carrier-based fighter jet, as suggested by media reports.

France currently has just one aircraft carrier, the Charles de Gaulle, which it has decided to replace with a more advanced and nuclear-powered one.

France operates the marine variant of its beloved fighter aircraft, the Dassault Rafale. The Rafale is a twin-jet fighter that can operate from either an aircraft carrier or a land base. All combat aviation missions can be carried out by the fully adaptable Rafale, including air superiority and air defense, close air support, in-depth strikes, reconnaissance, anti-ship strikes, and nuclear deterrent.

The Rafale M was designed for the French Navy’s lone carrier, the nuclear-powered Charles de Gaulle, which has catapult launch gear.

Since then, the aircraft has been modified with new weaponry and equipment, including an active electronically scanned array (AESA) radar, and has participated in combat operations in Afghanistan, Libya, and the Middle East. The Rafale M has also carried out cooperative missions from the decks of US Navy carriers.

Japan, which has been operating landing helicopter docks for decades, will soon get an aircraft carrier. The Izumo-class helicopter carrier is now capable of hosting the American F-35B short takeoff vertical landing (STOVL) fighter jets.

A pair of F-35B jump jets from Marine Fighter Attack Squadron 242 landed and took off from the Japanese carrier JS Izumo in October last year. Japan is in the process of acquiring the F-35B jets that would be deployed by 2024.

The F-35B is the first stealth fighter with supersonic speeds and STOVL capability in the world. Lockheed Martin designed and developed the aircraft.

The F-35B can land vertically, almost like a helicopter, and take off in a matter of seconds. This enables it to operate from a variety of air-capable ships and austere, short-field sites.

The British Royal Navy also operates the F-35B fighter jets from its Elizabeth carrier. The only two carriers of this class are the HMS Queen Elizabeth and its sister ship, HMS Prince of Wales.

Italy has two operational aircraft carriers, the Cavour and the Giuseppe Garibaldi, and has acquired the F-35B for carrier-based operations. As military modernization remains underway across countries, more naval-variant fighter planes are likely to join the race.