In making a significant policy and operational change to its military doctrine, the US Navy has unveiled plans to equip all its destroyers with hypersonic missiles.

WATCH: US’ C-17 Globemaster Dangerously Lands On Its Body In Afghanistan, No Casualties

Beset with project cost overruns and delays for quite some time, the US navy is currently faced with an increasingly aggressive and assertive Chinese Navy that has forced it to bring about a big deal of functional improvements to maintain its lead over the arch-rival Russia and the emerging one, China.

Currently, the US Navy with 293 ships is the most formidable naval force in the world. Though very recent estimates suggest that the PLA Navy (China) has 350 battle force ships yet in terms of real power, technological strength, naval airpower, nuclear missiles, submarines, destroyers, global outreach and power projection, the US Navy continues to be the most powerful. 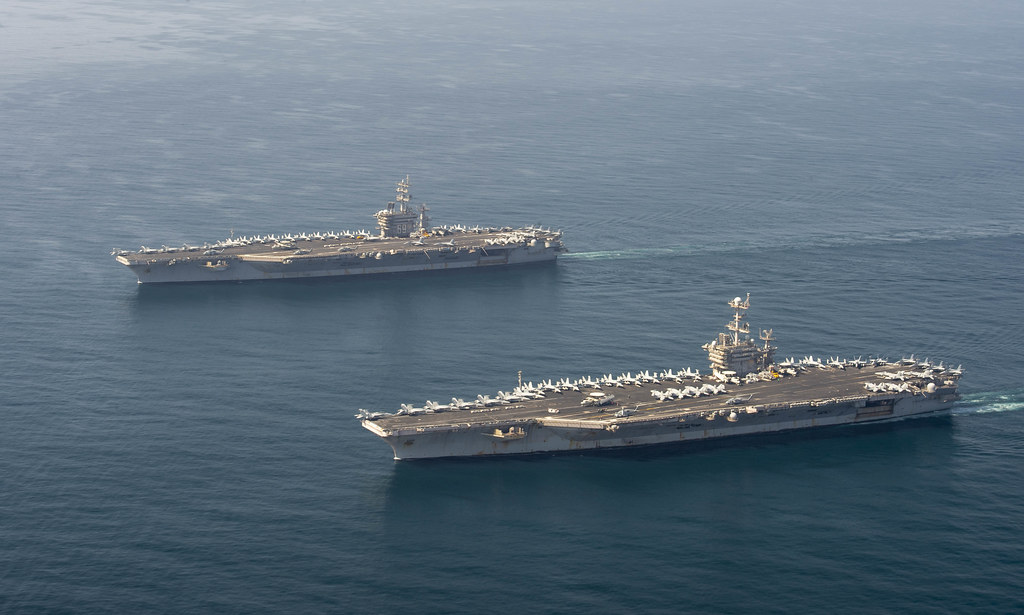 A hypersonic missile is one that exceeds Mach-5 (3800mph) and is at least five times faster than the speed of sound. It is believed to be capable of irregular manoeuvres as against the simple parabolic trajectory of a cruise missile.

It is believed that currently there is no functional defence system to stop an incoming hypersonic missile. And only four countries US, Russia, China and India have been able to master this complex technology.

Russian president Vladmir Putin has further indicated that Moscow intends to equip its battleships with hypersonic missiles. India too, is working on hypersonic BrahMos II and successfully tested its HTDV with a speed of Mach-6 recently.

Further, North Korea is also expected to be working on hypersonic missiles and all these developments have affected the very basic security apparatus of the region.

So much so that Japan was forced to rework its 2018 strategy to deploy Lockheed Martin’s Aegis Ashore and is planning to have sea-based defensive platforms to manage the purported threats from North Korea and China, the latter was listed as the main security threat by Japan in 2019 for the first time in the light of incessant Chinese aggressive movements in the region.

Recent reports suggesting the successful testing of Avangard ICBM by Russia, PLA Navy becoming the largest naval force, at least in terms of numbers and the deployment of Chinese DF-17, close to the Taiwan Straits, have made the security scenario in the region all the more critical.

The announcement of the US NSA Robert O’Brien regarding equipping all of the 90-plus US Navy destroyers with hypersonic missiles, need to be seen in this context.

He suggested the deployment of hypersonic missiles first on Virginia Class submarines, numbering about 22 in the US Navy to be followed by the most advanced, stealthy Zumwalt Class destroyers. In the final phase, such missiles will be deployed on the Arleigh Burke-class destroyers which are about 62 in the US Navy.

While plans were afoot to equip some of the older 90s Arleigh Burke-class destroyers but putting them on all three flights will be extremely expensive and would require massive financial investments and technical changes to accommodate large diameter missiles. It is also likely to tie the naval shipyards for a long time.

An alternative to back-fitting the older Arleigh Burke-class destroyers has been to go out for a smaller version of hypersonic missile that could be an air-breathing one but that again will take quite some time while Russia and China are moving ahead rapidly with their naval versions of hypersonic missiles.

Some defence analysts have also suggested the use of larger Vertical Launching System cells on the next generation surface battleships under construction in the US.

The US Navy meanwhile is working furiously on light and unmanned vessels equipped with AI that will enhance the navy’s striking capability at far-off places with longer reach without or with minimal likely losses to forces.

The building of smaller and medium amphibious assault ships is part of the navy’s $30 million R&D program 2021 fiscal. All this and a gradual build-up of more effective, powerful ships culminating finally in a colossus 581-battle ship force by 2045 is the vision being laid out by Mark Esper, the US Defence Secretary and Robert O’Brien, the US NSA.

How much that is going to finally materialise, will depend substantially on the outcome of the US Presidential elections in November. But plans of major powers, Russia, China, US and subsequently India to move towards an era of hypersonic weapons, is certain to bring about a sea change in the security strategies of nations in the very near future.