Twenty four years after Yak-130, a subsonic two-seat advanced jet trainer and light fighter took its first flight, it is still enhancing the capabilities of the Russian Air Force pilots for combat readiness.

Unlike several other projects, the Yak-130 managed to survive the collapse of the Soviet Union. The Soviet government had planned to replace its ageing fleet of Czech Aero L-29 and L-39 trainers in the 1980s.

Yakovlev Yak-UTS was one of the two finalists in the race. The other one was Mikoyan MiG-AT. By 1993, the Yakovlev had the design of the fighter ready. However, with the collapse of the Soviet Union and no funding in the pipeline, Yakovlev collaborated with an Italian aircraft manufacturer, Aermacchi.

The first prototype, Yak-130D, took its maiden flight on April 25, 1996. Yak-130 won the 1980s bid and went into serial production. However, later the Italian and the Russian company split away due to differences. 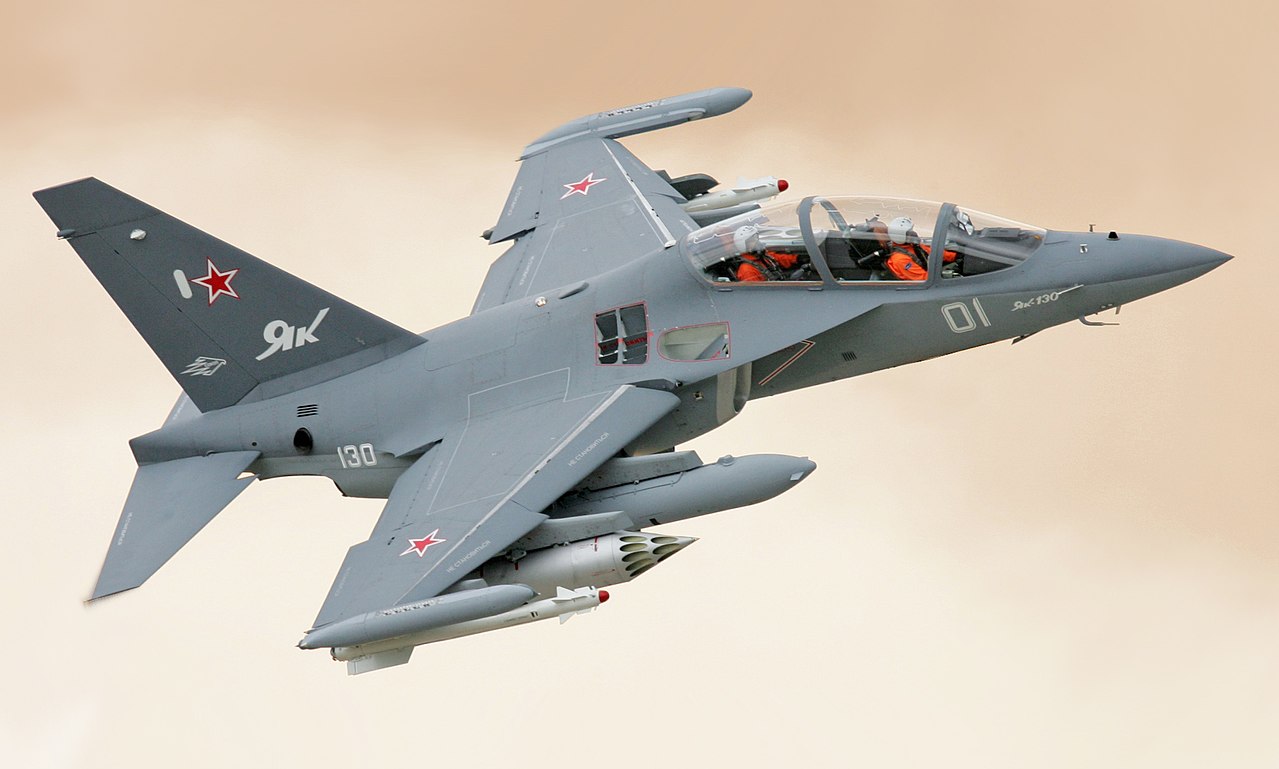 The light trainer jet is a swept mid-wing monoplane of a classical configuration with a two-seat tandem cockpit and two turbofan engines with 2500 kg thrust each. Due to the aircraft aerodynamic configuration and flight and power plant controls performance makes it possible to operate the aircraft essentially at all flight conditions.

It can gain a maximum altitude of 12500 meters and is capable of reaching a maximum speed of 1050 kilometers/hour. The official website boasts the aircraft saying that the air intakes and landing gear design with high take-off/landing performance make it possible to operate the aircraft from unpaved runways small unprepared airfields.

“The aircraft is equipped with a complex fly-by-wire control system that functions as an automatic flight control system, active flight safety system and provides in training stability and controllability characteristics change depending on the aircraft being simulated.”

For the resolution of navigational tasks, a strap-down system on laser gyroscopes and a GLONASS/NAVSTAR satellite navigation receiver is used. The installation of a radar (more correctly, the “Osa” radar) is provided for on the Yak-130, which is capable of the simultaneous tracking of eight targets and firing at four of them at all angles.

The jet is integrated with R-73 “Archer” short-range air-to-air missiles and Kh-25 ML laser-guided missiles, as well as the KAB-500Kr, guided bomb by the Russian Air Force.

Reportedly, the open architecture of the avionics allows the integration of Western manufactured guided missiles into the Yak-130 weapons composition: the AIM-9L “Sidewinder” and “Majic-2” and also the AGM-65 “Maverick.”

The fleet of Yak-130 is also operated by foreign Air Forces including Myanmar, Belarus, Algeria, and Bangladesh. At the Dubai Air Show in 2019, the United Aircraft Corporation (UAC) announced the up-gradation of the Yak-130 with an aim to develop the aircraft into a combat jet.

“We brought Yak-130 here. We present its deep upgrade project to expand combat capabilities. It is not just a training aircraft, it is mostly a combat jet,” UAC CEO Yuri Slyusar said at the Dubai Air Show.

“Yak-130 can engage in various missions and can be adapted to the engagement region. We customized the increased combat capabilities for the clients in the Middle East according to the missions they will engage in,” he added.