The Russian Navy on Saturday conducted a live firing test of the anti-submarine Kalibr missile from Admiral Kasatonov in the Barents Sea, the Russian Defense Ministry’s press office said in a statement.

Directed Energy Weapons (DEWs) Race: How Is India Competing Against The US, Russia & China?

“The launch was performed as part of qualification serial trials and was successful. The test was supported by a Northern Fleet nuclear-powered submarine that tracked the torpedo underwater after its release,” the press office said.

“An Ilyushin Il-38 [NATO reporting name: May], a Kamov Ka-27 [Helix] helicopter and a torpedo recovery boat of the Kola Flotilla took part in the tests as well,” the press office added.

The Admiral Kasatonov is an Admiral Gorshkov-class frigate of the Russian Navy, which is the newest member and second ship of her class. Launched in December 2014 and commissioned in July this year, the ship is assigned to the Russian Northern Fleet for its operations. 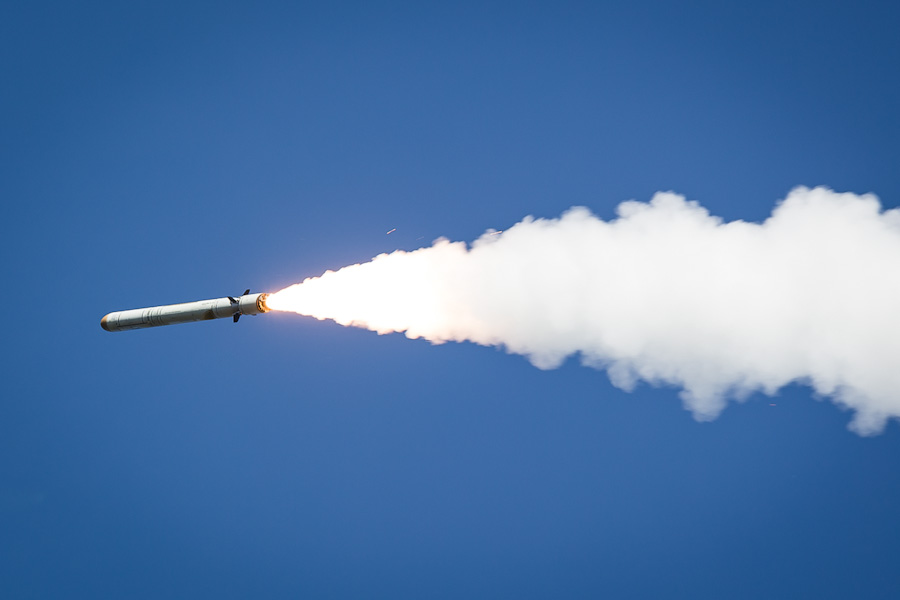 On July 21, 2020, the St. Andrew’s flag was hoisted on board the frigate. The ship is operational with the Northern Fleet’s division of missile ships, which is the biggest surface force of the Russian Navy.

According to NavalRecognition, the SS-N-27 “Sizzler” (3M54) is a Russian short-range ship and submarine-launched anti-ship missile.

The Sizzler is part of the Kalibr family of missiles. The missile is equipped with a three-stage solid-propellant turbojet engine and is 8.22 m long, 0.534 m in diameter, and has a launch weight of 1,930 kg. The minimum range of the missile is 20 km with an estimated maximum range is 300 km.