Adnan Sami, a Pakistani turned Indian singer is facing a massive backlash from the netizens in Pakistan as he turned up to appreciate the Indian Air Force for conducting a surgical strike in Balakot.

Adnan Sami was spotted cheering the Indian Air Force and backed Indian Prime Minister Narendra Modi for his aggressive strategy towards Pakistan and terrorism. After Sami’s ‘Anti-Pakistan’ tweets circulated on social media, Pakistani Twitterati came up with a reaction and this time they are trolling the singer by calling him an ISI agent serving for Pakistan in the neighbouring country.

Pakistanis are not only thanking the Indian singer for his service but are also going to hold a protest for the safe return of their agent on 1st April 2019 at Wagah Border, Lahore. The event is being hosted by ‘Gulshan memes’ and so far 7.8 k people have shown the interest of joining the protest for the safe return of their super agent ‘Major Adnan Sami’ from India.

Also, the tweets with hashtags #MajorAdnanSami flooded on Twitter within no time. Adnan Sami has received major backlash from Pakistani Twitterati, who mocked him for chanting Jai Hind slogans despite having Pakistani origin. His father was said to be a valiant officer of Pakistan Air Force. Not only social media users but many known journalists are also thanking the ‘Major Adnan Sami’ for his secret help to Pakistani armed forces in their tweets.

Thank you Major Adnan Sami for timely information about the Submarine. Due to your patriotism we have been saved many a time 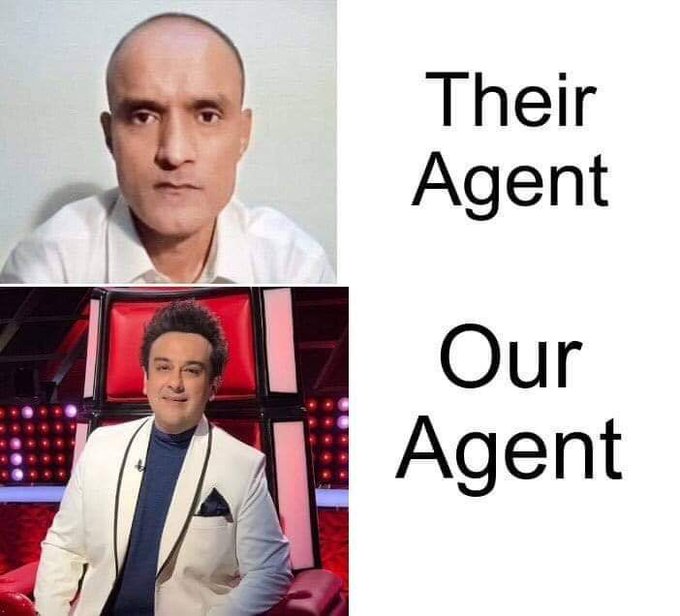