Will Vaishno Devi Yatra Also Get Suspended Amid Deteriorating Situation In Jammu and Kashmir??

After Amarnath and Machail Yatra, will the Vaishno Devi Yatra, which attracts millions of devotees every year also be suspended due to security reasons? The government of India may choose to remain silent on the recent developments in the Kashmir valley but the fact that universities are shutting down, additional troops are marching in Srinagar and tourists and devotees asked to leave the region has created panic all around. According to experts talking to EurAsian Times, cancellation of Vaishno Devi Yatra would signal an imminent threat to the region.

Store Your Ration; Revoke Article 35-A; 10,000 Soldiers Deployed – What is Happening in Kashmir?

First, the Amarnath Yatra was called off citing reasons of security and now the 43 days long Machail Mata Pilgrimage in Kishtwar district of Jammu and Kashmir has been suspended as per the officials again due to security reasons.

The authorities have urged people to not begin the pilgrimage and for those who have started, they have been asked to return. This further augments panic and fear in not just the hearts of people of Jammu and Kashmir but also the tourists who are still caught up in the region.

This Machail Yatra goes through the pristine Paddar valley in Kishtwar district in Jammu region of J&K and is undertaken by thousands of pilgrimages from across the nation. This pilgrimage started on July 25 and was otherwise scheduled to end on September 5.

Now speculation looms around the Vaishno Devi pilgrimage which is amongst the most popular pilgrimages not only in Jammu and Kashmir but in the country. Needless to say, people who are in the state for Vaishno Devi yatra would be on the edge to know further details about the developments in the valley. 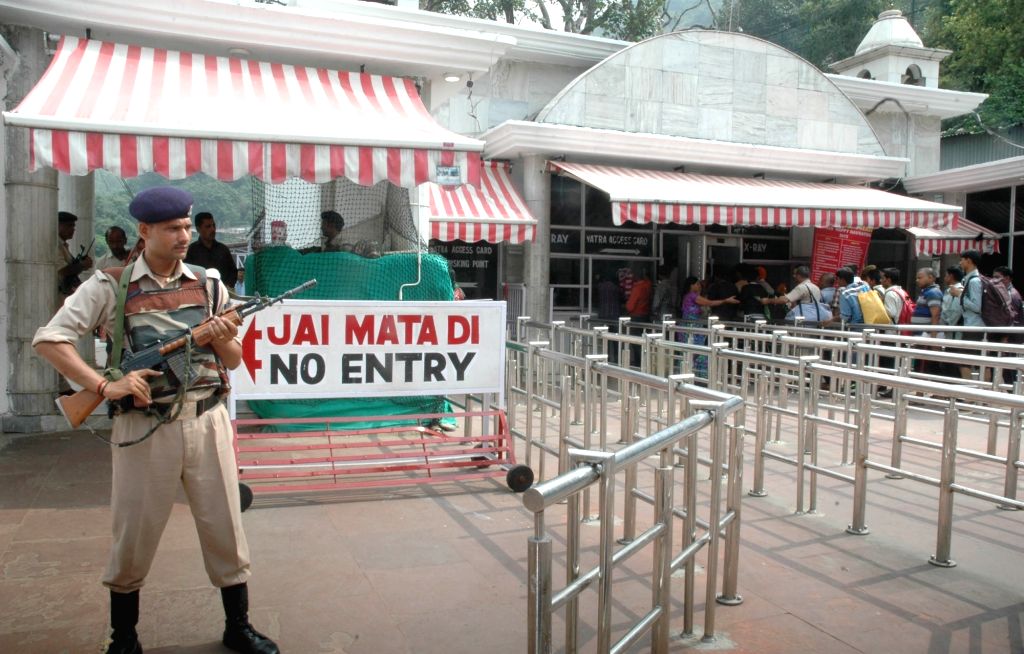 It’s not only the Kashmir valley but even the Jammu region has been put on high alert. As EurAsian Times reported earlier, “Airbases and military installations in Jammu have been asked to remain in every ready mode with additional deployment troops on borders and sensitive locations.”

Is Kashmir Heading Towards The Biggest Unrest Since The Killing of Burhan Wani?

Many battalions of paramilitary forces have been deployed in Kishtwar, Bhaderwah, Doda, Banihal and Ramban areas of Jammu in addition to extra deployed of Army and Border Security Force at the International Border (IB) and Line of Control (LoC). “Romeo, Delta and Uniform forces of Rashtriya Rifles and other regular units of Army deployed on Line of Control ane have been asked to be prepared for any situation,” according to reports.

Today the Home Minister of India, Amit Shah has held a series of meetings with the National Security Advisor to get updates on the situation in Kashmir. From common Kashmiri people to the local politicians, everyone sees all of this build-up as a part of a process to wipe out either Article 35A or Article 370 or both.

The condition at the border is very tense. The Indian Army claimed to have foiled an infiltration attempt by the Pakistan Army’s Border Action Team (BAT Commandos) resulting in the elimination of at-least five soldiers from the Pakistani side, a claim rejected by Islamabad.

Islamabad accused the Indian Army of using cluster bombs along the Line of Control (LOC) to target the civilian population across the LoC, a blatant violation of the Geneva Convention and international laws, said a statement released by the Inter-Services Public Relations (ISPR). New Delhi dismissed the reports as baseless.

The heat is building-up across the Line of Control and International Border. Pakistan has consistently accused the Indian forces of targeting civilian areas with heavy weapons while India has accused Islamabad of cross border infiltration and creating unrest in Jammu and Kashmir. The gravity of the situation is difficult to weigh, however experts talking to EurAsian Times asserted that if the Vaishno Devi Pilgrimage is also cancelled, expect the unexpected in the Jammu and Kashmir.