The QRSAM tracked the aerial target accurately and successfully neutralized it, the defense ministry said in a statement.

Continuing the test trials of Quick Reaction Surface to Air Missile, the second successful flight test within a week proved the proximity based warhead performance. https://t.co/zj4cUbDKdo

The QRSAM shot down an aerial target called ‘Banshee’, which simulates an aircraft, from the Integrated Test Range at Chandipur off the Odisha coast on Tuesday. A similar test was carried out on 13 November.

Revealing the details, the ministry said, the radars acquired the target from a long-range and tracked it till the mission computer automatically launched the missile. Radar data link continuously provided the guidance.

It stated that the missile entered the terminal active homing guidance and reached the target close enough for proximity operation of warhead activation. Defense Minister Rajnath Singh congratulated DRDO for achieving this feat.

Congratulations to @DRDO_India for two back to back successful test trials of Quick Reaction Surface to Air Missile.

“The flight test was conducted in the deployment configuration of the weapon system consisting of the launcher, fully automated command and control system, surveillance system and multi-function radars,” the defense ministry said.

Developed by the DRDO, QRSAM can receive enemy radars. With a strike range of 25 to 30 km, it is capable of destroying aerial targets, tanks, bunkers, and short-range missiles. It is also equipped with electronic countermeasures against jamming by aircraft radars.

The all-weather and all-terrain missile can be mounted on a truck and stored in a canister. The DRDO has carried out a series of weapons tests during the last three months in the wake of the India-China border standoff.

The key tests include the supersonic missile-assisted release of a torpedo (SMART) to target submarines at long ranges, a new version of the nuclear-capable hypersonic Shaurya missile with a range of 750 km, and the anti-radiation missile to take down enemy radars and surveillance systems. 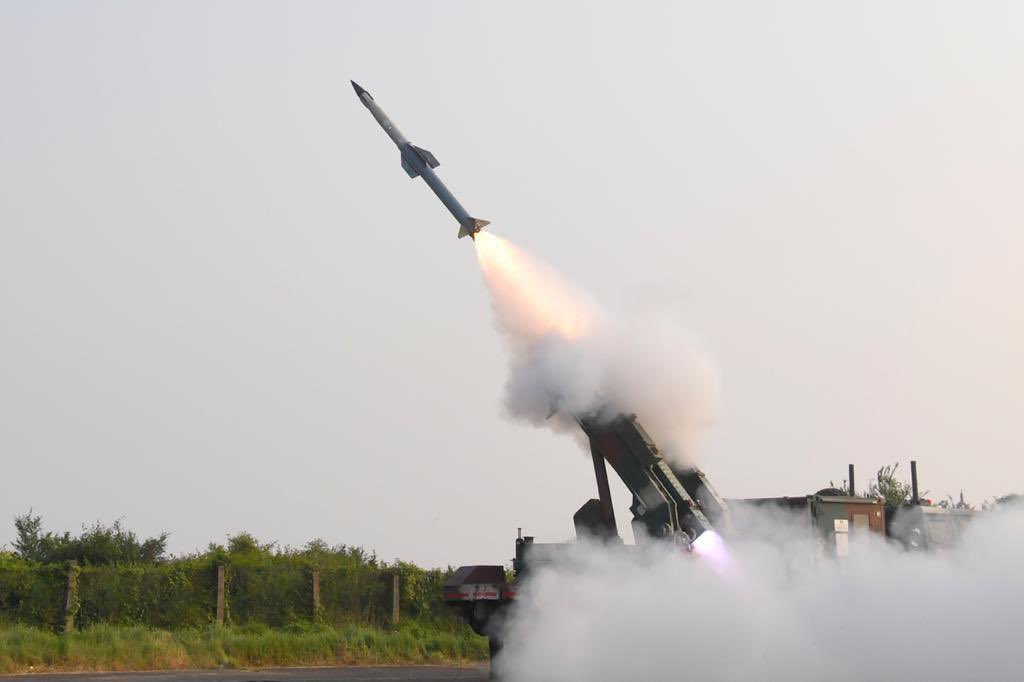 Like the United States, Russia, and China, India is also using technologies to field fast-maneuvering hypersonic missiles that fly at lower altitudes and are extremely hard to track and intercept. The new class of ultra-modern weapons can travel six times faster than the speed of sound (Mach 6) and penetrate any missile defense.

Earlier, as EurAsian Times reported, the US Missile Defense Agency shot down an intercontinental ballistic missile (ICBM) in space for the first time using ​an ​interceptor ​​missile fired from a warship in a successful test.

The ICBM target missile launched from a test range in the Marshall Islands was shot down in space by a US ​destroyer at sea in the Pacific Ocean.  This is the first time an ICBM test has been conducted from a sea-based vessel, the ICBM intercept tests were only conducted using ground-based launchers in Alaska and California​ by the country​.