Amir Khan said in a tweet that he will avenge Pakistan cricket team’s loss to India in the World Cup match by knocking out Neeraj. However, the Indian boxer has his own plans for the fight.

“Keep dreaming, you will be standing there to witness my victory,” said Neeraj in reply to Amir’s claims while speaking to IANS. He continued by revealing that he is training for the fight with a sparring partner who has a similar style as of Amir. 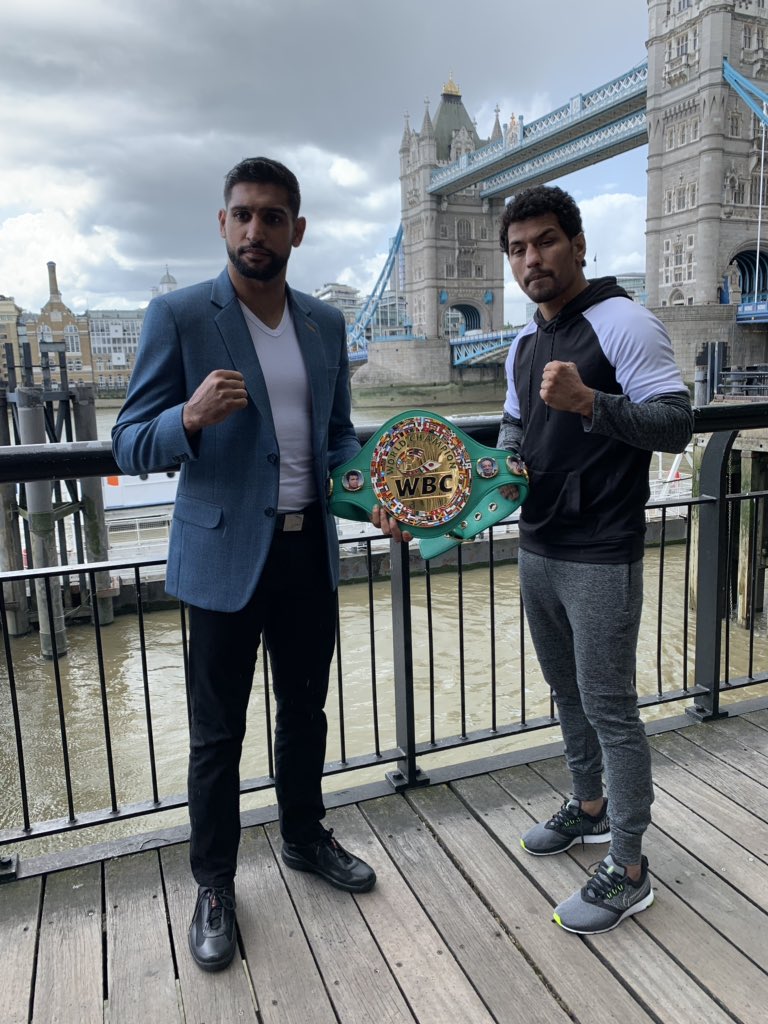 “I am looking for someone who fights the way he does but apart from that there is not much difference. I am going through the same routine that I would for any other 12-round bout,” he said.

The 27-year-old added that he is happy to fight a boxer of Amir’s stature but he will not be overwhelmed by the occasion.

“It is not necessary that he will be performing on the same level that he was when he was young. He has achieved a lot in his career but he is also ageing. I have fought with Olympians and world champions before so this isn’t exactly new to me. So yes, I am fighting a big name, but I am not overawed by it,” he said.

Meanwhile, Amir has said that Neeraj may be in for a surprise when they both meet in the ring. “Maybe Goyat is thinking that I’m not who I used to be. That I’m not the fighter I was. Maybe he thinks he can catch me, and make a name for himself,” Amir was quoted as saying by Sky Sports.