The social media in Pakistan and China is going berserk with the incorrect news that Armenia has blamed India for its loss to Azerbaijan in the recent conflict over Nagorno-Karabakh.

The social media accounts are citing the flawed performance of the India-supplied Swathi radars as being the reason for Armenia losing the war.

The social media users across Twitter, Facebook, Youtube, etc. were awash with the unconfirmed reports of Armenia deciding to demand a refund of $40 million from India, which was paid for the radars this year.

Some users claimed India’s defense industry was going to suffer heavily for this embarrassment caused by the faulty radars supplied to Armenia.

However, EurAsian Times found no statement from the Armenian government citing the underperformance of Swathi radars, the deal for which was signed only this year. Among the list of destroyed Armenian arsenal, there was no mention of Indian military equipment having been used or destroyed in the country.

Reportedly, #Armenia blames #India for the loss of war to #Azerbaijan & claims for the refund due to faulty #Indian ‘Swathi’ Weapon Locating Radar (WLR) wroth $40M. Given the India's reputation, neither support nor equipment could help Armenia with the obvious outcome.

The deal was intended to counter the increasing hostility from Turkey under President Recep Tayyip Erdogan toward India. Under the agreement, Armenia was to receive four Swathi Weapon Locating Radars (WLR), which provide fast, automatic and accurate location of enemy weapons like mortars, shells and rockets in the 50-km range.

Swathi is an electronically scanned phased array radar, designed to detect projectiles with a small cross-section across the battle space horizon, and has the capability to handle simultaneous fire from weapons deployed at multiple locations.

According to DRDO, the radar uses advanced signal processing techniques for detection and tracking projectiles in the presence of ground, weather clutter and other forms of interference in the EW scenario.

The algorithms for trajectory computation take environmental parameters into consideration while estimating both launch and impact points for the desired accuracy.

While Armenia did suffer vast damages, losing millions of dollars’ worth of military assets in the war, Swathi radars did not find a mention in the war damage assessment reports. The country lost about 185 T-72 tanks, 90 armored fighting vehicles, 182 artillery pieces, 73 multiple rocket launchers, 26 surface-to-air missile systems, which include a Tor system and five S-300s, 14 radars or jammers, one SU-25 warplane, four drones and 451 military vehicles, as documented by analyst Stijn Mitzer in the military affairs blog Oryx.

It is noteworthy to mention that it had only been five months since the radar deal with India was signed by Armenia, and according to sources, only one unit had been supplied to the country by the Indian defense company, the rest are yet to be shipped.

Even if the delivery was accelerated, the weapons would need to be tested domestically and due training process given to the Armenian armed forces, which takes considerable time. 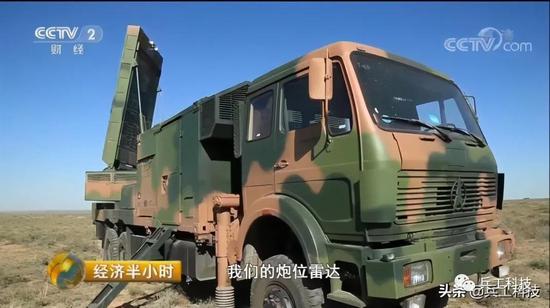 The Azerbaijani drones had wreaked destruction of the Armenian frontlines with advanced drone attacks, destroying all the air defense systems. In such an environment, it was difficult for a radar-like Swathi to survive, since the attacks were aerial and not ground-based, which it is not designed to counter.

Moreover, the Weapon Locating Radars playing limited roles in modern wars, and their capabilities are limited in a battlefield is network-centric, and air power dominated. Swathi has been useful for India on the Line of Control (Loc) while battling Pakistan, and it said the Indian army has deployed the radar in the Ladakh region too, where the country is locked in another conflict with China.

The deployment of Swathi on the border against Pakistan could help reduce ceasefire violations, the experts believe, since any firing by Pakistan would reveal the location of their artillery guns and the launch of immediate counterfire from the Indian side.

The Swathi WLR has been in service with the Indian Army ever since the final product was delivered a few years ago by the DRDO-BEL combine.

Previous articleChinese PLA Troops Incite Indian Army By Flaunting Their ‘Thermal Shelters’ Amid Blistering Winters: WATCH
Next articleWhy India, China & Even The US Are Competing For Influence In This Tiny Island Nation In The Indian Ocean?