For decades US aerospace heavyweights like Lockheed Martin, Northrop Grumman, and Boeing have worked tirelessly to reach breakthroughs in the field of defence innovation to provide the United States with advanced fighter jets boasting technological and aerodynamic features way ahead of its time.

Though in the overall development process of developing an aircraft, there are a plethora of designs which get picked and shelved at the same time, with many going on to reach a legendary status with a reputed combat history and others never really living to their potential and disappearing into the history books.

New War Zone: US Set to Make Space A New Battlefield As It Develops A Single, Dedicated Military Branch

However, there is one such fighter jet which is considered even superior to the current crop of fighters under Washington’s possession— a fighter which was publicly mentioned by President Donald Trump during a media addressing— a fighter jet which goes by the name of F-52.

So, why haven’t we heard of a fighter jet which would be considered the most advanced fighter jet in the world as things stand? Well, that is because it doesn’t really exist, or at least maybe just on paper.

The F-52 is a fighter jet that is more familiar with teenagers hooked on to their PlayStations and gaming computers back at their homes, as the fighter jet is one of the iconic combat planes in a video game called “Call of Duty: Advanced Warfare”. 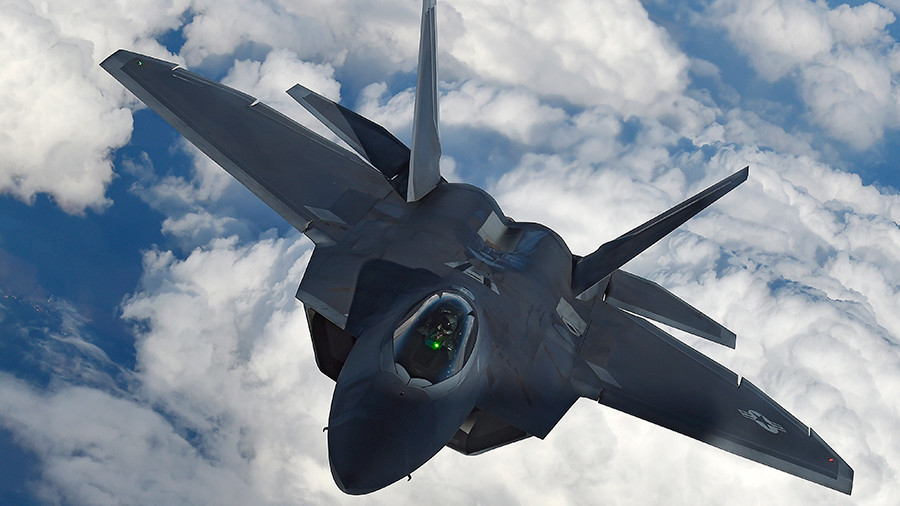 It was a mistake on behalf of the US President Trump, who said that the Pentagon had begun delivering the fictional aircraft to Norway. Well, on the other side of the Atlantic, President of Russia, Vladimir Putin certainly had a sigh of relief.

“In November we started delivering the first F-52s and F-35 fighter jets,”

We have a total of 52 and they’ve delivered a number of them already a little ahead of schedule.” said Trump, while speaking about the fictional F-52s earlier.

However, while the Pentagon definitely does not have the fighters at their Area 51 facility, at least not that we know of yet, there exists a real-world concept that has similarities to the Call of Duty jet.

The aircraft which is a part of the Sentinel Task Force under the video game is based on Lockheed Martin’s early 1990s concept for the Naval Advanced Tactical Fighter and the later A/F-X, both of which were based on the YF-22 demonstrated which went onto becoming the American exclusive F-22 Raptor.

According to an editorial in the National Interest – “Congress had mandated that the Advanced Tactical Fighter program—which resulted in the F-22—be a joint effort between the Air Force and the Navy. Even though the service had dropped out of the ATF program, the U.S. Navy still had a vote on which aircraft would be selected for what became the Raptor program,”

The Navy’s choice was the naval variant of the YF-22 design, which looked like a bizarre hybrid of a Raptor and F-14 Tomcat with variable geometry wings,”

Considered the most advanced fighter under the Sentinel Task Force in the game, the F-52 is equipped with afterburners for tremendous speed along with air brakes which enabled the plane to perform smooth maneuvers in tight corners and to avoid enemy fire.

The weapons load of the fighter consists of a rotary cannon for machine-gun fire along with missiles capable of both air-to-air and air-to-ground action.

Moreover, one of the most prominent features of the fighter includes its ability to double as a drop pod, under which the entire cockpit can be ejected from the aircraft, allowing the pilot to fly the drop pod into a landing zone.

The design for the fighter jet could never be translated into reality with the US Navy eventually choosing the Joint Strike Fighter Program for their modern air fleet. The resemblance between the proposed naval version of the F-22 Raptor or the AF-X was uncanny, with the Call of Duty designers than choosing to base the fighter on old concepts.