Nearly 300 Turkish pilots were purged among the thousands of senior armed forces personnel, with some forced to retire, some imprisoned, and others forced to seek asylum in other countries.

The purge served a devastating blow to Turkey’s Air Force and severely undermined the country’s military capabilities. Erdogan is said to have ordered to make up for the shortfall and train a new generation of Turkish pilots, including forcing some to return from retirement or end their contracts with private airlines.

The large-scale ouster of hundreds of pilots in the summer of 2016 had created a crisis for the air force and grounded many warplanes without pilots to fly them.

Turns out, the country’s air force was already facing serious problems even before the coup plot in 2016. The Erdoğan government had introduced a bill back in 2012, which ‘facilitated’ the departure of pilots, who ended up preferring high-paying jobs in the private aviation industry.

The armed forces had then persuaded Erdoğan to reverse the bill and eventually succeeded in getting the government to amend it in 2014 to slow down the bleeding of the force.

“But the damage had been done in the meantime, with 251 pilots asking for retirement or resigning under the 2012 law, which shortened the compulsory service to 13 years,” Nordic Monitor claimed in its January 2020 report. 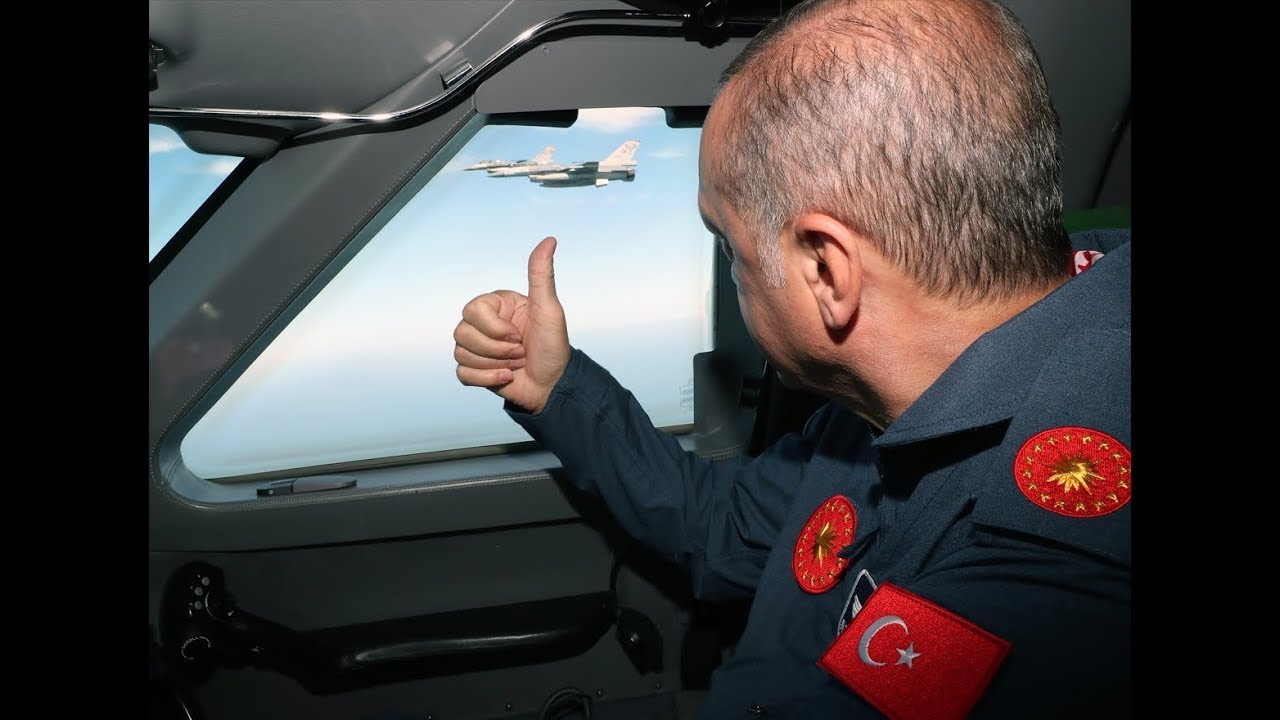 The same report claims that according to the air force’s own internal report dated January 19, 2016, the military needed 554 new pilots including 190 combat pilots to reach its normal level. “The departures had already brought the ratio of pilots to aircraft to 0.65, which is dangerously low, in 2014.”

The country had a shortage of 1,154 military pilots by January 2017, and such a huge shortfall was hard to compensate for. The ratio of pilots to aircraft dropped to 0.37, according to Nordic Monitor.

The government’s efforts to recall some retired pilots or those in private industry were unsuccessful since it was financially unviable for them to come back, and not to forget, the climate of fear in the military over the purges reigned supreme.

Realizing the crisis could put Ankara in a serious national security predicament the country then turned to its ally Pakistan to train new pilots in a fast-track program and asked the Pakistani government to send trainers to fly F-16s.

Turkey sought approval from the US to allow non-Turkish nationals to pilot the F-16s, which was promptly turned down by Washington. The US had, however, allowed Saudi and Qatari pilots the Turkish F-16s.

The renewed aggression in the East Mediterranean Sea and Turkey’s growing involvement in Middle-East countries demanded full military preparedness. The country is currently militarily involved in many countries, facing major powers in Syria, Libya, and now in the Nagorno-Karabakh war between Azerbaijan and Armenia.

The Greek media is reporting that Turkey is already employing fighter pilots from Pakistan to fly its F-16s since the two countries started holding joint war drills in the Mediterranean Sea.

This startling revelation has been making rounds in the Greek media since 2017 itself, with leading newspapers reporting the claim. “With the support of Pakistan, the Turkish military is trying to fill big gaps left behind by last year’s (2016) failed coup attempt.

According to sources from the pro-government press of Turkey, Ankara has asked for Pakistan’s help to address the gaps that have arisen in the Turkish Air Force, mainly in the group of pilots of F-16 fighter jets,” Professor Nikos Stelgias wrote in Greece’s leading newspaper Kathimerini wrote in 2017.

Suggesting that Pakistan was providing strong military support to Turkey, one leading Greek journalist Paris Karvounopoulos claimed Erdogan had “borrowed” pilots from Pakistan after the mass purge in the Turkish air force in 2016.

Karvounopoulos has worked for over 20 years as a Greek Foreign Ministry reporter and more than 25 years in Greece’s state-run television station.

EurAsian Times could not independently verify the claims.

“It is well known that the Turkish air force lacks experienced pilots and was recently forced to reinstate retired pilots from the reserve, and has also been seeking help from the Pakistan air force to help make ends meet,” claims another Greek news website Pentapostagma.gr.

Speaking to EurAsian Times, Greece-based journalist Paul Antonopoulos from Greek City Times, which also made the same claim in an article, said the suspicion began to reinforce after November 2019 joint military exercises between Turkey and Pakistan.

“It was noted by military analysts and leading media groups in Greece that Pakistanis were piloting Turkish war jets, and even violated Greek airspace on numerous occasions.”

Paul went on to state this was one of the reasons Greece was seeking more military allies with countries such as India. “It is for this reason, among others too, that Greece is rapidly fostering its relations with India. Not so much that Greece has an expectation that India will involve itself in a potential war with Turkey, but to act as a counterbalance to Pakistan’s willingness to antagonize Greece despite being 5,000 km away.”

In November last year, Greece lashed out at Pakistan for breaching its airspace, during the Dogu Akdeniz-19 (Eastern Mediterranean-2019) joint international naval exercise. The exercise was held to demonstrate the interoperability between the allied nations, Turkey, and Pakistan, according to a Pakistani navy captain quoted by a news agency.

The Turkish defense minister had said, “being the largest exercise ever regarding the number of participants, the 2019 Eastern Mediterranean Exercise is ongoing with participation from almost 4700 personnel and 48 ships from 15 nations.”

Greece charged Pakistan with flying the P-3 Orion aircraft into Greek airspace, which the country said had been the first incident of its kind. The Greek military analysts had realized the exercise had meant the beginning of a deepening new military alliance between Pakistan and Turkey.

The claim was later made by the Turkish media saying that “Pakistani warships will patrol the Eastern Mediterranean,” further antagonizing Athens.

Following the exercise, Turkish media outlet Yeni Safak claimed that Pakistan was going to be “part of the shield” that Turkey had created in the south-eastern Mediterranean.” The reports claimed that Pakistan’s naval vessels – Alamgir frigate and the P-3 aircraft – would continue to patrol the south-eastern Mediterranean along with Turkish naval forces.

Tensions between the neighbors have been on the rise ever since the November 2019 maritime exercise between Turkey and Pakistan.

According to the defense analyst Michael Peck from the National Interest, the dismissal of hundreds of F-16 pilots following a coup attempt in 2016 could also explain the Turkish government’s interest in bolstering air defense systems. He claims the purge had led to critical damage to the military capabilities of the country and was, therefore, a grave national security issue.

Many military analysts have also suggested that the weakening air force might have been the driving force behind Turkey being so interested in acquiring missile systems.

Peck writes, “Fighter pilots aren’t cheap.” The US Air Force estimates the training cost for a new pilot to fly a plane like the F-35 to be around $11 million, and the years of experience of a veteran pilot is priceless, he adds in his write-up in the National Interest.

Erdogan’s decision to oust hundreds of fighter pilots in 2016 has been severely criticized by major countries and military analysts alike. They argue it takes millions of dollars and many years to make pilots combat-ready.

Besides, Washington’s refusal to let Turkey rope in Pakistani pilots fly its F-16 jets can be explained by its angst against Erdogan whose decision to purge the country’s air force had put NATO in trouble too.

Peck observed in his article, “So a nation that throws its fighter pilots in jail is not just wasting money, but also an extremely valuable resource. Yet in the name of politics, Turkey’s government has purged its air force so badly that it can barely fly its F-16 fighters.”