China Unveils Its Own ‘Mother Of All Bombs’ That Is Stealth, Precision-Guided & Can Drop 240 Bombs Simultaneously

China recently unveiled its new 500 kg missile system Tianlei 500 which translates to ‘Sky Thunder’. People’s Liberation Army’s (PLA) new munition dispenser and how it can be used to attack targets were featured in a defence programme on state broadcaster CCTV-7.

The 500kg precision-guided munitions dispenser and the air-to-surface missile has wings and a square cross-section to hold submunitions, which can also reduce its radar cross-section to boost its stealth capability and make it harder to intercept, according to the report. 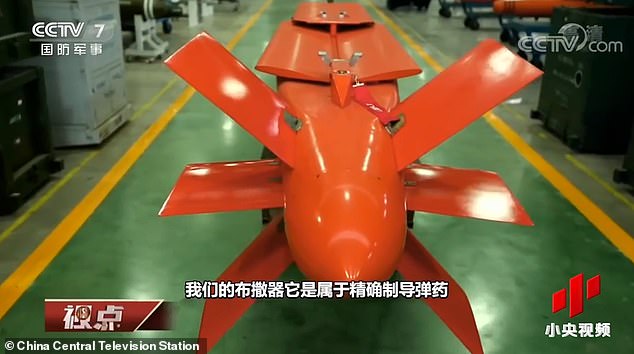 Its wings can provide extra lift and give the weapon a range of more than 60km (37 miles), meaning it can be dropped at a safe distance from the enemy. Tianlei or Sky Thunder is designed and manufactured by China North Industries Group, or Norinco.

“It can carry up to 240 submunitions. And when dispersed, they can spread to over 6,000 square metres,” said the engineer, who was not identified in the report.

The move is seen as a show of military strength amid growing tensions with Taipei. Cross-Strait relations with mainland China have been deteriorating with Beijing claiming sovereignty over the island and seeking its return to the mainland fold even by force if necessary.

It has staged several drills and is firm on its motives. However, after winning a landslide victory in January, Tsai, from the independence-leaning Democratic Progressive Party, began her second four-year term in May. She has refused to accept the one-China principle and is strongly supports the self-governance of Taiwan.

Recently, Taiwan also had the highest level of US visit in four decades when the US health secretary Alex Azar inked a $62 billion arms deal with Taiwan to buy fighter jets from US firm Lockheed Martin.

Beijing sees this move as a provocation saying it harmed China’s sovereignty. Chinese foreign ministry spokesman Wang Wenbin said that Beijing is opposed to any official interaction between the US and Taiwan.

As reported earlier by EurAsian Times, Taiwan has also built its advanced Brave Eagle jet giving a boost to the domestic defence industry to counter the Chinese aggression. 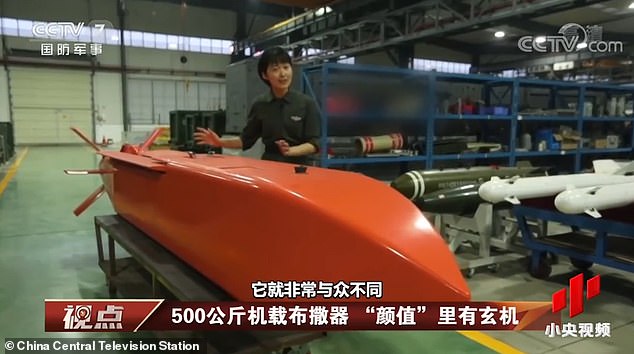 “In the time of war, once the Brave Eagles are loaded with missiles and bombs, they would be capable of providing support for the navy and air force in cross-strait conflicts,” said Su Tzu-yun, a research fellow at the military-affiliated Institute for National Defence and Security Research.

Unveiling the deadly weapon system is seen as a show of military might to threaten Washington and Taipei for its growing closeness. According to the state broadcaster, the weapon could help China’s military gain air superiority, improve its attack efficiency and undermine the combat capabilities of the enemy.

“It’s one of the most important advanced weapons for the Chinese military right now because it’s a very effective tool for attacking and destroying multiple types of ground targets at the same time,” said Song Zhongping, Hong Kong-based military commentator.

He further added that the weapon could be used to attack targets on the ground and at sea. It uses precision or laser guidance and can disperse submunitions in the air, giving it a bigger attack range.