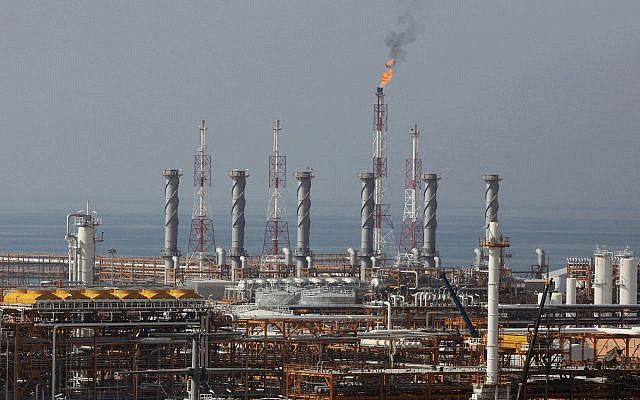 “The fate of the South Pars Phase 11 has been determined and Petropars will continue developing the project alone,” Zangeneh was quoted as saying by Shana, Iranian Oil Ministry’s news outlet.

Iran holds the world’s second-largest known reserves of natural gas and the world’s fourth-largest oil reserves. In 2015, the National Iranian Oil Company (NIOC) signed a contract with a consortium of Total, CNPC International, and Petropars to develop the offshore project in Persian Gulf waters.

Following the U.S.’ withdrawal from the JCPOA deal with Iran, many foreign organizations including Total left Iran, which resulted in the company pulling out of the contract.

On May 16, 2018, Total announced that it would “not be in a position to continue” the project in Iran and would “have to unwind all related operations before Nov. 4, 2018, unless the company was granted a specific project waiver by the U.S. authorities with the support of the French and European authorities”.

Iranian Foreign Minister Mohammad Javad Zarif complained about the US campaign against Tehran and its impact on foreign investments.

Turkmenistan Anxious Over TAPI Pipeline Project Due To India-Pakistan Tensions

“We have been facing plenty of problems in the field of investment because of the US maximum pressure policy,” Zarif told a parliamentary committee, according to the semi-official Tasnim news agency. “We are trying to remove the problems.”

Much of its natural gas comes from its massive South Pars field, which it shares with Qatar. The initial plan for the development of South Pars involved building 20 wells and two wellhead platforms, a project that would have a capacity of 2 billion cubic feet of natural gas a day.

Under terms of the initial deal, Total was to have a 50.1% stake, with CNPC getting 30% and the Iranian firm Petropars getting 19.9%. With Total’s withdrawal, CNPC had taken over the French firm’s stake. Now Petropars will develop the field by itself.

Previous article
TU-95, Under-Construction PAK-DA – The Deadliest Weapons In Russian Armoury – US Magazine
Next article
Will Pakistan Be Removed From FATF Greylist Or Blacklisted For Non Compliance?