Finland recently announced that it has received final offers from five aerospace companies including Dassault (Rafale) and Lockheed Martin (F-35) for its $12 billion fighter jet deal.

The Nordic country is set to replace its older fleet of F-18 Hornet aircraft, in what is being considered as Europe’s largest fighter procurement in a decade.

The winner of the bid is likely to be announced by the end of the year, reported AP News.  The Defence Ministry of Finland stated that the winner will be picked after due consideration on four major parameters including the fighter’s military capability, the security of supply, the cost and proposed industrial cooperation with the country.

In a statement, the Finnish Defence Ministry said, “Security and defense policy implications will be assessed separately outside of the actual tendering process.”

Last year, the candidate planes underwent strict field tests in Finland, and it is expected that they will further undergo a simulated war game to showcase their operational efficiency later this year.

In the fray are the American fighter jets — the Boeing F-18 Super Hornet and Lockheed Martin F-35 A — besides French Dassault Rafale jets, Eurofighter Typhoon, and Sweden’s Saab Gripen.

A militarily non-aligned country, Finland has close relations with NATO. A neighbor of Russia, the Nordic country has in recent years forged close military ties with Sweden and the US.

The Finnish Air Force is already flying the F-18 Hornet aircraft, and therefore, already has the requisite technical infrastructure to operate the new aircraft.

It is believed that around 60 percent of the existing Hornet tooling can be used for the operation of the new Hornet aircraft, thus effectively saving costs for the Finnish Air force.

Highlighting the easy switch from the Hornet to the Super Hornets, Boeing was quoted as saying, “You could have a hornet flying today and a super hornet flying tomorrow”.

The Super Hornet on offer is an enlarged and modernized version of the Hornet, reported Forbes. The Growler variant is believed to be equipped with jammers, and AGM-88 anti-radar missile systems, which enable the jet to go into hostile airspace.

Another American jet in contention for the Finnish deal is the Lockheed Martin fifth-generation fighter F-35A Lightning II.  The F-35 is equipped with advanced sensors which will enable the jet to fly into hostile airspace and also detect and engage enemy fighters swiftly.

The stealth characteristics may be a selling point for the American jet, as it may allow Finland to counter Russia, which is believed to monitor and interdict the Finnish airspace with its long-range surface-to-air missile batteries.

The offer reportedly also entails many first-of-a-kind opportunities to the country to work on the production of the fighter jets.

The F-35 program vice president and general manager Bridget Lauderdale said that the F-35 will afford high technology job offers to the country, as the production work is expected to continue for more than 20 years.

This will make Finland not only support its own F-35s but will in turn be supporting the global fleet of the jets through the production of major components, it was reported.

The American company also stated that the use of the aircraft in Europe may enhance the partnership opportunities further and with greater cost-sharing ability, the through-life costs may also be reduced.

The aircraft manufactured by Dassault is the main fighter of the French Air force and has been acquired by India, Egypt, Qatar, Greece with Croatia being the latest customer.

Described as an ‘omni-role’ aircraft, Dassault Aviation states that the Rafale fighter jet is proficiently equipped to counter “both traditional and asymmetrical threats”.

A 4.5 generation jet fighter known for its agility, Rafale has many variants. Reportedly Finland has been offered the Rafale-C aircraft. The Rafale is believed to have been designed for take-off and landings from austere airfields.

It is also equipped with an advanced and combat-tested SPECTRA (Self-Protection Equipment Countering Threats to Rafale Aircraft) electronic warfare system.

Finland has also been offered the ability to operate the aircraft independently from France and will be able to build the airframes in Finland.

Considered to be similar to the Rafale in terms of sophistication and agility, the Eurofighter Typhoon scores high, especially in high-altitude and high-speed air-to-air combat.

Manufactured by a British, German and Italian consortium, the Typhoon is not too proficient in the air-to-surface role. It also reportedly lacks strike capability, a major highlight in the other jets in the bid. 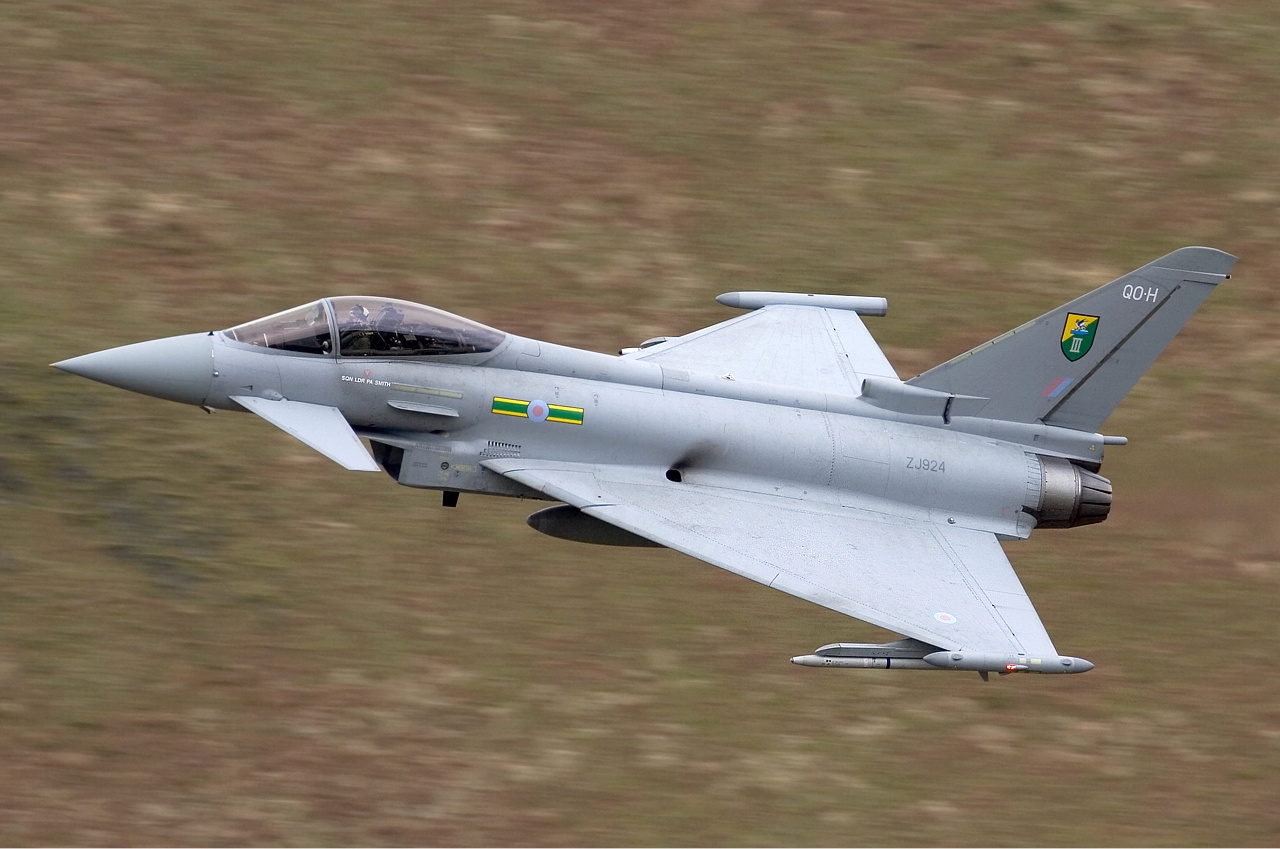 The Typhoon is capable of integrating the advanced European missiles, particularly the Meteor long-range air-to-air missile and the Storm Shadow cruise missile.

However, experts note that some of these weapon systems have already been or will be integrated into the other competitors — the Rafale, Gripen, and also the F-35.

The package of the Eurofighter Typhoon comprises 80 work packages for Finnish companies, which also include the final assembly line and access to research and development projects.

Jeremy Quinn, the UK Minister for Defence Procurement, was quoted by Air Force Technology, “It is affordable within the Finnish budget, it provides security of supply through industrial participation that delivers high-tech jobs for the duration of the aircraft’s service life, and it delivers outstanding military capability, all underpinned by a Government-to-Government partnership”.

The Swedish bid for the aircraft jets of the Finnish Air force was significant from a regional and political perspective, noted Defence News.

The bid by Saab was seen as the extension of the “Sweden-Finland alliance into a de facto, singular air force of Gripens that commanders could interchangeably use across both nations to ward off an invasion”. 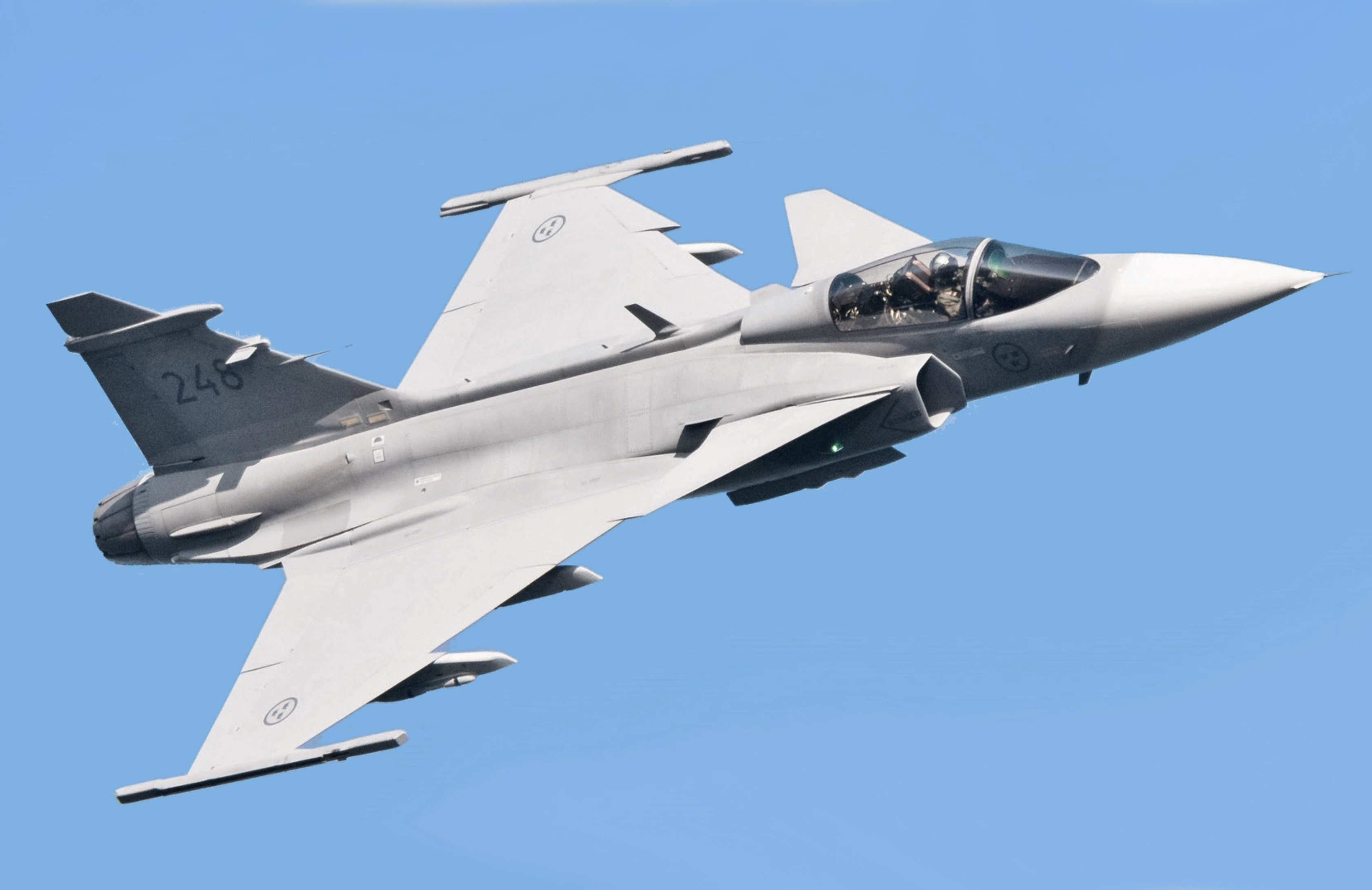 This was highlighted by the Stockholm-based defense analyst Anna Wieslander, who said, “Sweden’s political promise of linking neighboring air forces through a common aircraft is likely to be taken seriously by the Finnish”.

She further added that the territories of the two countries amount to “one operational space for defense planners”.

At Half The Price Of Rafales – Why Did India Turn Down SAAB Gripen Jets Equipped With Exact Same Missiles?

To strengthen its bid, Saab has also offered two GlobalEye early warning aircraft in addition to the fleet of 64 Gripens. The Gripen has a comparatively lower operating cost compared to other jets in the bids, and is yet equipped with AESA radar, infrared-search and track sensors, and a powerful electronic warfare self-defense system.

Nitin J Ticku a defense expert told the EurAsian Times that in terms of fighter jets, it is undoubtedly the F-35 jet that is a clear winner here in terms of meeting the specifications and performance.

However, at the same time, Finland is a European nation and there are a lot of voices that support Make in Europe aircraft and the real competition could be between the Rafales and Typhoons, despite Saab offering a very lucrative deal.

Finland is anticipated to take a final decision by the end of 2021. However, Ticku emphasized that it is not about “which fighter is the best”, it is actually about the logistics, maintenance, and sustainability within the Finnish Air Forces’ operational specifications and the company that meets these requirements will win the lucrative Finnish deal.

Previous articleIndian, Russian BrahMos Boasts Total $6B Portfolio Of Defense Deals To Be Signed in 2021
Next articleWill Pakistan-Iran-Turkey Troika Fill The Vacuum In Afghanistan After US Exit?

Despite Rafale Boost, Why Indian Air Force Remains ‘Ill-Equipped’ To Battle Chinese PLAAF Over The LAC?

Straight From Science Fiction, US To Equip Its Military With High-Energy Laser Guns For Next-Gen Warfare