Regardless of the Corona Virus pandemic that has eclipsed the basic functioning of the world, the year 2020 has been a strange one, especially owing to China’s growing belligerence reflected by their expansionist policy coming back to bite them back in the rear— well, Karma!

Slowly and steadily, Beijing’s stamp over territories like that of Taiwan, Eastern Ladakh and the highly contested South China Sea region, has seen them bearing the brunt of nations such as the United States, India, Australia and Taiwan and many others.

To what will be a further blow to President Xi Jinping, Indian Prime Minister Narendra Modi has played his wild card in bolstering India’s defensive partnership with China’s neighbour Kazakhstan, from right under its very nose.

Beijing, which shares a 1,782.75 kilometre-long border with Central Asia’s biggest state, has enjoyed prosperous relations with Nur-Sultan, owing to the rapid expansion of commerce and partnership over economic development, especially in the harness of Kazakhstan’s oil, natural gas, minerals and other major energy resources.

However, New Delhi has strategically replicated what China did with its neighbour Pakistan in initiating a new chapter in its defence cooperation with Kazakhstan, which will involve both nations delving their resources together in joint production of defence goods. 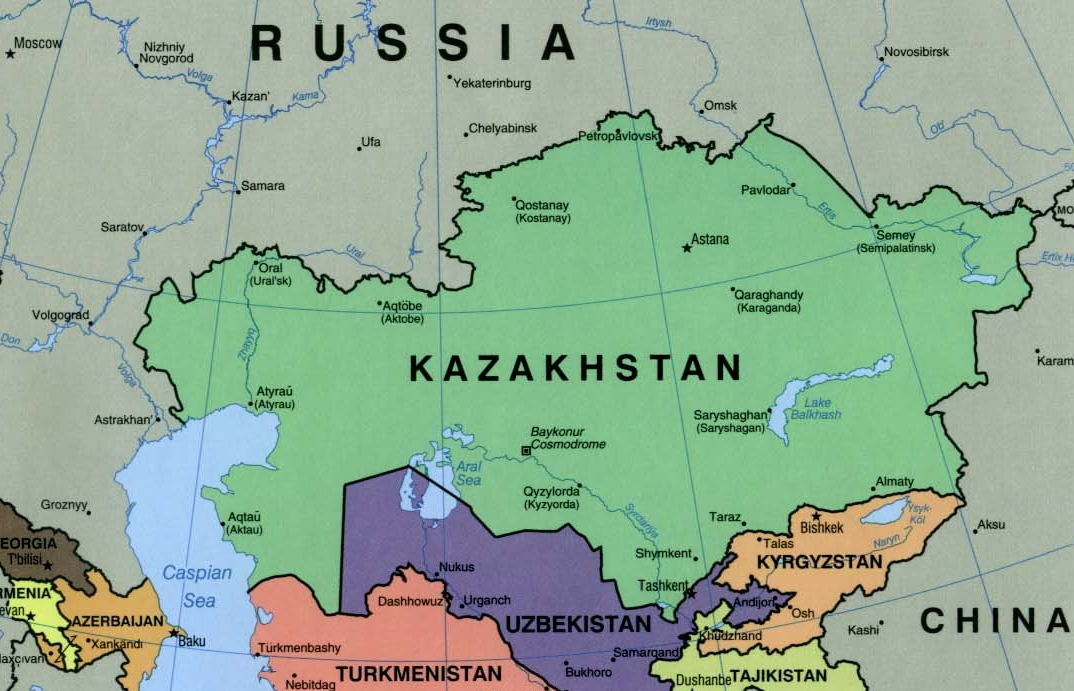 According to an official from India’s Ministry of Defence – “Indian companies are in talks with Kazakhstan defence industries for co-production and co-development in defence production.”

“Both India and Kazakhstan are looking at exploring opportunities that provide win-win solutions to the industries on both sides,”

Several Indian companies are already in talks with Kazakh defence industries for co-production and co-development in defence production.” said Jaju.

According to April’s figures released by MoDs Department of Defence Production (DDP), the year has marked a five-fold increase over the value of export approvals secured by the Indian Defence Ministry.

For long India has remained at the periphery by being one of the biggest net importers of defence hardware, however, it has changed its course of action in recent times to become an exporter of the same.

The emergence of India as a key defence exported can be attributed to Modi’s “Make in India” initiative, which fosters indigenous capabilities through design & development of required defence equipment/product/systems or upgrades/sub-systems/components /parts by both public and private sector industry/organization in a faster time frame.

“India has come a long way in defence manufacturing. From a very paltry base, we now manufacture the entire range of equipment for all three verticals of the forces. These items range in the best in class artillery guns to battle tanks to bulletproof jackets to combat aircraft and the entire range of ships and submarines, missiles, and everything that is required in maintaining the sovereignty and defence of a nation,” said Jaju.

Jaju also stressed on India’s aim of not just manufacturing for Indian requirements but also for its allies in need.

“We need to leverage opportunities on both sides and create opportunities not just for co-development and co-production but to also meet each other’s requirements,”

I’m aware that some companies are in an active dialogue stage with the Kazakh establishment. With India’s strengths in software coupled with strengths in hardware manufacturing, India is poised to be one of the major electronics manufacturing hubs in the world,”

The defence military complex that we have in India has participation from both public and private sector companies.”

Moreover, a few number of priority areas highlighted in 2018’s joint group meeting between the two were pin-pointed by Yerbol Bulakpaev, Head of Directorate, Department of Defence Production, Ministry of Industry and Infrastructure Development, Kazakhstan.

“We hope to discuss the range of issues in the repair, maintenance and upgrade of the Military equipment, R&D and look to establish joint ventures. The country is interested in the joint production of aerospace equipment,” said Bulakpaev.

The Directorate Head also expressed the nation’s interest in cooperation in the field of developing robotised complex and land surveillance, and reconnaissance systems, which is said to enhance Development of Defence Industrial Cooperation and Indo-Kazakh military bilateral cooperation.

The agreement between the two nations on the sidelines of the meeting is also set to pave way for joint-training exercises between the two sides. Ambassador of India to Kazakhstan, Prabhat Kumar, while addressing the event, said,

The strength of our robust bilateral defence cooperation can be gauged from the fact that a total of 246 officers from the Kazakh armed forces have been trained in India till date under the I-Tech defence program and we have a company level joint military exercise between both which is only done with select strategic partners.”