Indian Bakery With Pakistani Name Gets Attacked in Bangalore

A violent mob in Bangalore protested outside an outlet of ‘Karachi Bakery’ and forced it to cover up the ‘Karachi’ part in its signboard in the aftermath of the Pulwama attack. Karachi is the port city of Pakistan and also its business capital. 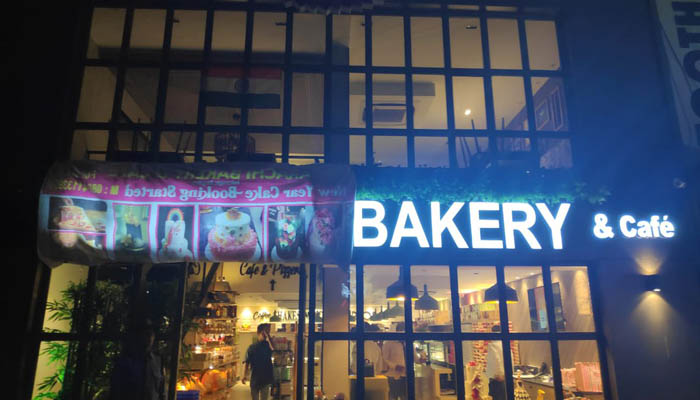 The mob gathered outside the bakery located in Indiranagar, Bengaluru thinking it was owned by a Pakistani company and demanded that the Karachi part on the signboard be covered.

Indian journalist Nagarjun Dwarakanath tweeted pictures of the protest and wrote: Protesters thronged Karachi Bakery and demanded that Karachi part on signboard must be covered because of Pulwama attack. Protesters thought bakery was owned by a Pakistani company.

Protesters thronged KARACHI bakery in Indiranagar, Bangalore and demanded that Karachi part on sign board must be covered because of Pulwama attack. Protesters THOUGHT BAKERY WAS OWNED BY A PAKISTAN COMPANY. pic.twitter.com/jsVMCdrkj5

Bengaluru police confirmed they received a distress call from the bakery late Friday night. The already sour relations between India and Pakistan have worsened as New Delhi piled blame on Islamabad for the Pulwama attack in which at least 40 Indian paramilitaries were killed. Pakistan’s leadership has strongly refuted the allegations.

India’s Supreme Court on Friday ordered bolstered protection for Kashmiris who have faced a violent backlash in the aftermath of the attack.

Leaving Pakistan In Limbo, Turkey To Deliver The First T129 ATAK Helicopter To The Philippines Next Month

‘Disappearing Ships’: Alarm Bells Ring In The West As Cargo Vessels Go Off The Radar Near Chinese Waters