In January this year, Greece became the first European country to procure Rafale jets from the French aerospace giant, Dassault Aviation. The 2.5-billion-euro contract for the procurement of 18 Rafales (12 of which are second hand) was an effort by Athens to bolster its airpower amidst simmering regional tensions with Turkey.

The procurement of six more jets by Greece was announced by the French defense minister on September 12, which will take the number of Rafale jets with the Hellenic Air Force to 24.

In May this year, Croatia became only the second European nation to place orders for Rafale fighters, opting for a fleet of 12 second-hand aircraft.

Qatar, Egypt, and India remain principal customers of the Rafale platform. However, despite its roaring success in the Middle East and Asian military aviation market, Rafale’s counterpart, the Eurofighter Typhoon, and the JAS Gripen seem to be hogging the limelight amongst prospective customers from the European Union.

The Dassault Rafale is a twin-jet multi-mission capable fighter aircraft designed for the French Air Force and Navy. The aircraft was designed for short and long-range missions which include ground and sea attacks, reconnaissance, precision strikes including nuclear deterrence.

Rafales are a battle-tested platform, which has proven its mettle in the wars in Afghanistan, Mali, Libya, Syria, and Iraq. The aircraft’s development began in July 1986 and took its maiden flight the same month.

The Rafale is equipped to carry an assortment of munitions based on the operational profile of a mission. The Rafale can sport a lethal weapons payload which may include the MICA, Meteor, Hammer, SCALP, AM39, and EXOCET.

Rafale’s operational flexibility makes it an effective deterrent against both traditional and asymmetric threats, which makes it lucrative for prospective buyers.

The Eurofighter Typhoon is a European military mega project developed in collaboration between the UK, Germany, Spain, and Italy. These four European powerhouses developed a potent foreplane delta-wing, beyond-visual-range, close-air combat aircraft which is surface attack and ‘super cruise’ capable.

The Eurofighter Typhoon can maintain over Mach 1 speeds without facing the need to deploy its afterburners.

The fighter comes with two Eurojet EJ-200 engines developed in Munich and is fitted with high-end avionics, countermeasures, and a host of pilot-friendly cockpit features. The fighter jet sports an internally mounted Mauser BK27mm revolver gun system which is supported by a linkless-closed ammunition feed system. The Eurofighter Typhoon has 13 hardpoints to carry weapons.

The Typhoon packs a lethal punch and can modify its weapons payload depending on mission requirements.

For maritime attack operations, the Typhoon can carry four AMRAAM, two ASRAAM, and six anti-ship missiles. The Typhoon has a decade of combat experience ranging from operations in Libya, Iraq, and Syria.

The Swedish JAS Gripen is a multi-role fighter developed by Saab. The Gripen made its maiden flight in December 1988 and was operationally inducted into the Swedish Air Force in 1997. The aircraft is powered by a single Volvo Aero RM12 after-burning turbofan engine. The Gripen can carry only one pilot.

The aircraft’s length including the pilot tube is 14.1 meters, its wingspan including launchers are 8.4m, the overall aircraft is 4.5m tall. The Gripen’s take-off weight in the basic fighter configuration is 8.5 tons. Its maximum takeoff weight is 14 tons while its empty weight is 5,700 kilograms.

The Gripen’s dry thrust is 54 kilonewtons; its thrust afterburner is 80.5kN and the jet can cruise at maximum speeds of 2,470km/h. The aircraft’s service ceiling is 15,240m and boasts a combat radius of 800km and a ferry range of 3,200km.

The Gripen has an internally mounted 27mm Mauser high-energy gun, which can operate in automatic radar-guided aiming mode. The air-to-air missiles typically found on the Gripen are the MBDA, MICA, Raytheon AIM-120B AMRAAM and Lockheed Martin/Raytheon Sidewinder AIM-9L.

Are Typhoons In Greater Demand Than Rafales?

The Eurofighter Typhoon is in service with the UK Royal Airforce, Germany’s Luftwaffe, Italy’s Aeronautica Militare, Spain’s Ejercito Del Aire, and Austria’s Luftstreitkaafte. They are the primary European users of the platform.

In the Middle East, the aircraft is used by the Royal Saudi Airforce, the Royal Airforce of Oman, the Kuwait Airforce, and the Qatar Emiri Air Force, which also operates the Rafale.

The JAS Gripen is primarily operated by the Swedish Air Force, Czech Air Force, Hungarian Air Force, South African Air Force, and the UK Empire Test Pilot School while the Rafale aircraft is used in Europe by France and has been ordered by Greece and Croatia in small numbers.

The Eurofighter is a joint venture and accounts for Europe’s largest military program. The UK, Germany, Spain, and Italy laid the foundation of the Eurofighter program, and as a result, these countries have inducted the Typhoon into their air forces.

Keeping the operational purposes of EU nations in mind, the fighter platform really does not matter and for all practical purposes may be interchangeable as long as the weapon profile remains similar.

From an operational standpoint, procuring the Typhoon makes more sense to European nations. This is because they will all be operating a common air fleet, along with sharing a unified logistic chain and operating common weapon systems. This will cater to a smooth supply chain and a universal air operations doctrine for all the EU partners.

From an economic point of view, a collective procurement of the Typhoon would benefit EU nations by allowing them to pool the money required for the purchase and share technological know-how, all the while receiving dividends upon the aircraft’s sale.

Furthermore, being NATO members, EU partners will find it more convenient to operate a fighter platform, which reflects their commitment to their common military diplomacy.

It is pertinent to note that some EU nations do not require a major air force and as a result, they are content with a platform as long as it meets their basic operational requirements.

Over 550 Typhoon jets had been purchased by the UK, Germany, Spain, Italy, Austria, Oman, and Saudi Arabia, whereas the export orders for Rafales range from 36 for India, 36 for Qatar, 24 for Egypt and 180 out of a planned 286 for the French Air Force itself (besides minor contracts from Greece and Croatia). 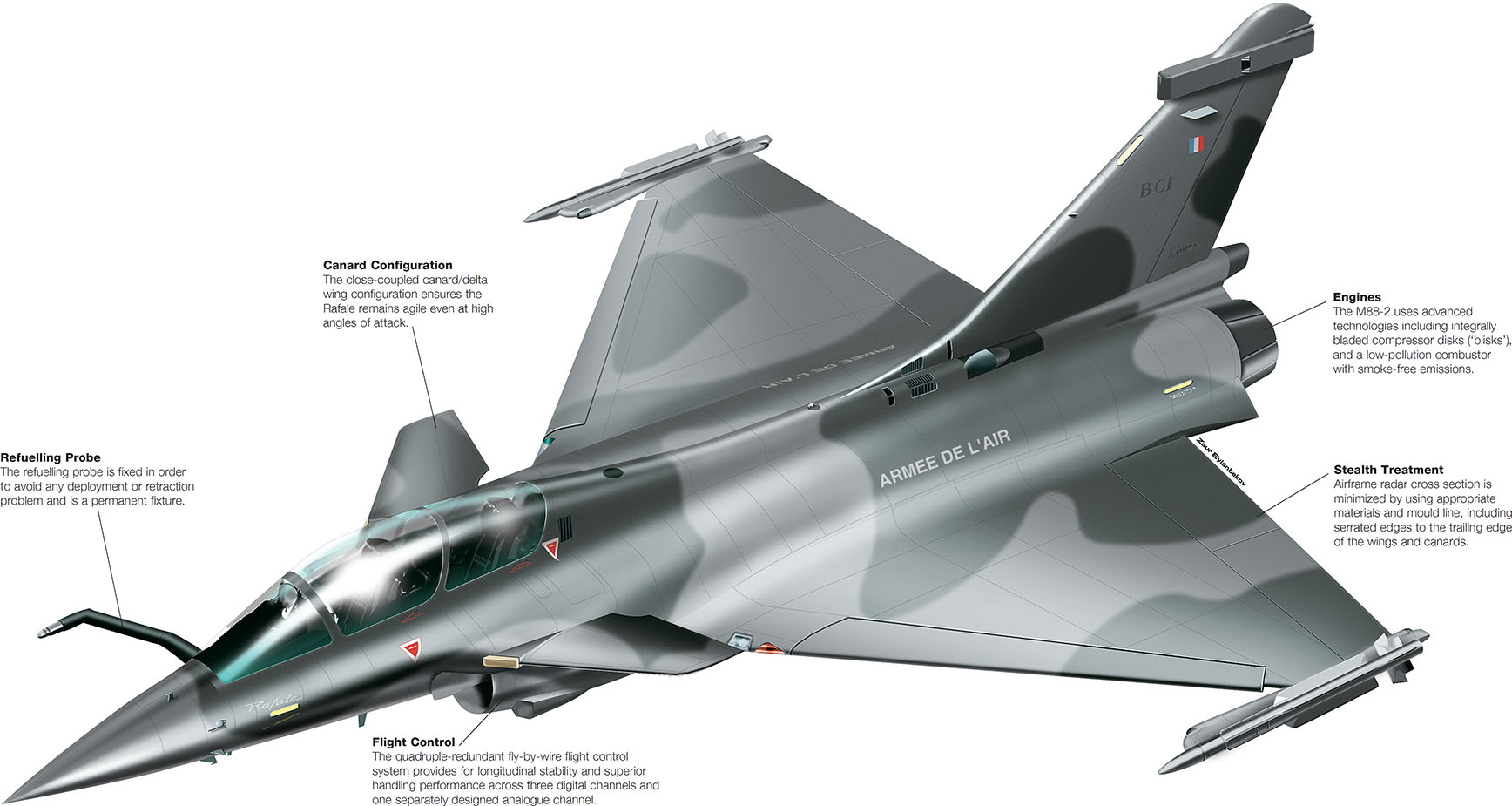 Despite being the ‘best in business’, Nitin J Ticku a defense expert with the EurAsian Times says that Rafale’s loss to Typhoons or US fighter jets is to do less with technology and more with external factors.

For instance, Rafale lost to US’ Boeing as South Korea and Singapore oped for F-15 jets. Ticku says the Dassault jets were outdone in the former situation on political grounds and in the latter case on costs, as the dollar had severely depreciated at that time.

Rafales also lost out on sales to Belgium, Brazil, Canada, Kuwait, South Korea, Switzerland etc. Rafale’s export prospects are said to be affected due to the high purchase price of the aircraft besides high operational costs, as per an earlier EurAsian Times report.

In the lucrative race to sell fighter jets, the most critical criterion is political. It has little to do with aircraft performance,” Ticku emphasized while adding that the Eurofighter has the backing of four powerful European nations and major defense contractors and it makes a lot of ‘political sense’ to opt for Typhoons over French Rafales.